Log in with Facebook
or
Wrong email address or username
Sign up
Already on BookLikes? Log in!
Incorrect verification code
Please, check your email, the code to access your BookLikes blog was sent to you already.
Enter code:
« Back Send
back to top
Search tags: lust-romance 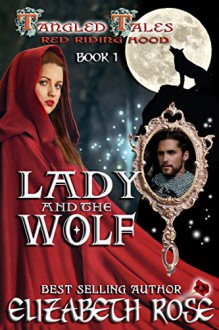 I stopped reading around 50% in. The idea is good, but in many ways the story does not make too much sense. I also don't understand why every time the granddaughter thinks of her granddad she feels it necessary to use his full name and title. Also parts of the story don't make sense. For instance

[spoiler]if she freed the hero and his friend, then wouldn't the hero recognize her scent?

Additionally, and this is just my personal taste, I am fed up with books, shows, movies whatevers that show the hero basically assaulting or harassing the heroine, and she's turned on by it. 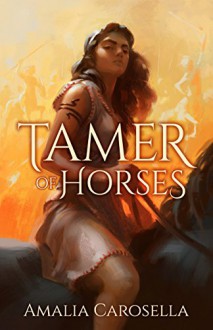 Arranged marriages are tricky things.  People don’t know each other very well and back in the day, quite a bit was riding on an arranged marriage.  And then, well, what do you do if your intended comes from a totally different culture or tribe?

Carosella’s new book is, in part, an answer to that question.  Pirithous is king of the Lapiths in ancient in Greece, before the Trojan war.  His marriage to Hippodamia is supposed to bring peace between the Lapiths and the centaurs, who are related to the Lapiths.  Hippodamia, a human girl raised by the centaurs, was raised seeing that marriage should be between two people who love each other and not simply a business arrangement.  Needless to say, Pirithous feels a bit differently.  He wants his cake and to eat it too.

The book, in short, is like many romance novels in that the hero and heroine struggle though commutation all the while shagging each other until they discover true love.  This isn’t necessary a bad thing, and if a straight forward romance with a somewhat unconventional ending is what you want, then this book will deliver it.

Additionally, Carosella’s knowledge of Bronze and Heroic age Greece is excellent.  She does not modernize terms or Hollywoodize the action.  This is hardly surprising considering her degree in Classics, though considering that some writers play a bit fast with history in fiction, it is nice to see Carosella not do that.  Her interpretation of the Hippodamia and Pirithous story is interesting, especially in regards to the use of a girl raised by centaurs.  It is true that some more of centaur culture would have made the book a bit stronger.  Carosella hews closely to the idea of the centaurs as ruled by passion and possessing a tendency to over-indulge in alcohol (and there are a few scenes where she plays with ignorance of wine quite nicely).  Yet outside of the centaurs mating for life, nothing else is really made clear, unless you count centaurs in a rut (sexual rut), though how this is entirely different than the lust that Pirithous and Hippodamia feel for each other is not entirely clear.

The main problem is that neither Pirithous and Hippodamia is all that interesting in this book.  Hippodamia does grow a teeny bit towards the end of the novel, but the change is a little sudden and at that point, one is so tired of Hippodamia’s whining and somewhat spoiled behavior that you don’t entirely care.  And despite the title of the novel, she doesn’t really do much in the way of horse tamer.  Pirithous comes across as a little better, he is more aware of responsibility than Hippodamia, but his attraction to his wife seems to be only physical.  This is also true for Pirithous quasi-romantic rival.  The reader’s response is “why does anyone care”.  The answer seems to be because she is hot and talented but still a virgin.  Yet, he comes across as cruel at times.  It is hard to care about the couple, especially when at times page after page is constant hashing over of the relationship.  He loves me not, he loves me – get a damned flower please.

In fact, the one interesting couple is Theseus and Antiope who not only really seem to be in love – unlike Pirithous and Hippodamia – but don’t talk about it over and over.  It isn’t fully just a question of maturity and wisdom, but Theseus and his wife work in a way that the other couple doesn’t.  The reader can believe in them, unlike the central romantic pairing.

When the book veers away from the constant whining about the relationship between the romantic couple, it actually gets pretty good.  The action sequences as well done and the description of battles work.  It is almost gripping in those points.  It just takes so long to get there.  Instead of chapter after chapter of going over the same issue (over and over) some more action would not been out of place. 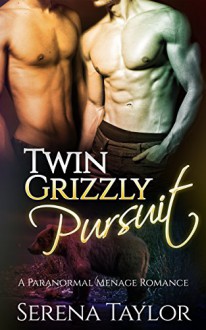 Wow, I get it must be hard to find a woman who wants a three way, but perhaps if you didn't see all women as vaginas, it might be better. Also, trafickking and the use of rape is not my thing. 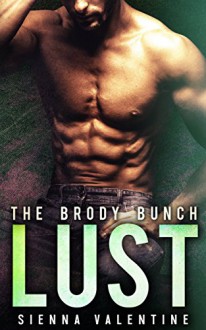 Hannah is a former Amish working in a bar not too far from her former community. With her sisters sneaking from their community to see her, she enlists Ash and his brothers to protect them from the dangers that made her never to return.

This is the first book I’ve read from this author. It was a pretty decent, definitely had some dark undertones. I guess my main problem, most likely because I didn’t read book 1 first, is the fact that Hannah is basically the opposite of what the Amish represent (for understandable reasons), so the tagline of Bad Boy and Amish Girl really doesn’t apply. Hannah is very damaged, and thus, very sexual. I loved reading Ash’s POV the best and watching him change his ways as he falls for her. I highly recommend. 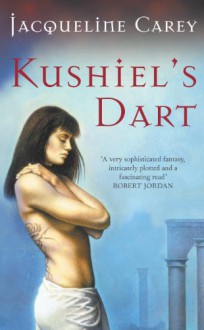