Log in with Facebook
or
Wrong email address or username
Sign up
Already on BookLikes? Log in!
Incorrect verification code
Please, check your email, the code to access your BookLikes blog was sent to you already.
Enter code:
« Back Send
back to top
Search tags: possible-mindfuck 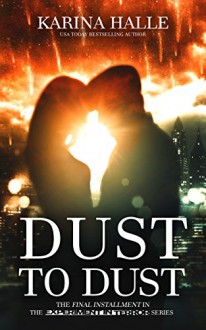 So okay. Here is the thing. I love Dex and Perry and Ada. I've enjoyed all the freaky deaky shenanigans that they embarked upon throughout this series and I'm really happy I read it and finished it but this book just felt like the author stopped caring altogether. There were just so many errors and ramblings it was off putting and took away from the overall story. Now, I've had some problems with the editing throughout this series but this book just felt like there were no more shits left to give. Let's take the following as an example:

"I tried to call mom along the way but I didn't have my iPhone anymore."

That is the tip of the iceberg. It just all felt really haphazard and it is such a shame because there is so much to like about the stories that were being told. The miscommunication between Dex and Perry was maddening and caused me to develop an eye twitch but it worked and I was happy to keep reading to see how they were gonna fuck it up next but at the end of the day I think the poor editing job was just too much for me overall. I was prepared to give this series an overall rating of 4 before I read Dust to Dust but as a grand finale it was sadly lacking. 3.5 stars overall for Experiment in Terror. So much potential but poorly executed.

Most of my enjoyment in reading this series came from the buddy read I had with the lovely Marcie and Momo (and Elsbeth for a little while). Thank you so much for holding my hand and allowing me to rant about evil gingers and stupid people, you guys are the best!!

I'm both happy and sad!! 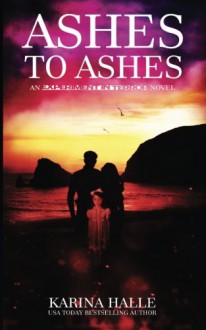 Seriously these two drive me bat shit crazy but I love them all the same!!

This one was proper scary. It's the kids. Ghost kids make everything scary.

It would have been a lot scarier had the name of the nursery rhyme I was afraid was going to make an appearance, and eventually did, was actually the right name. It's one of the things that takes away from this series for me. The level of errors and typos. I decided not to reflect it in the rating of each book though, especially given the price of the ebooks (I mean you get a lot of bang for your book with this series) but it does get frustrating and they could do with a good edit.

"I didn’t tell them about my dream or what happened in the teachers’ lounge after I woke up."

“I can scream louder than you can,” Shawna said in her sing-song voice.