Log in with Facebook
or
Wrong email address or username
Sign up
Already on BookLikes? Log in!
Incorrect verification code
Please, check your email, the code to access your BookLikes blog was sent to you already.
Enter code:
« Back Send
back to top
Search tags: preparty-2019

So, I had to go down to Frankfurt yesterday, and as I had hoped when composing my original post for this prompt, I managed a small side trip to that store.

(While I was there, I also stocked up on some favorite teas, spiced rice (their own blend) and condiments.) 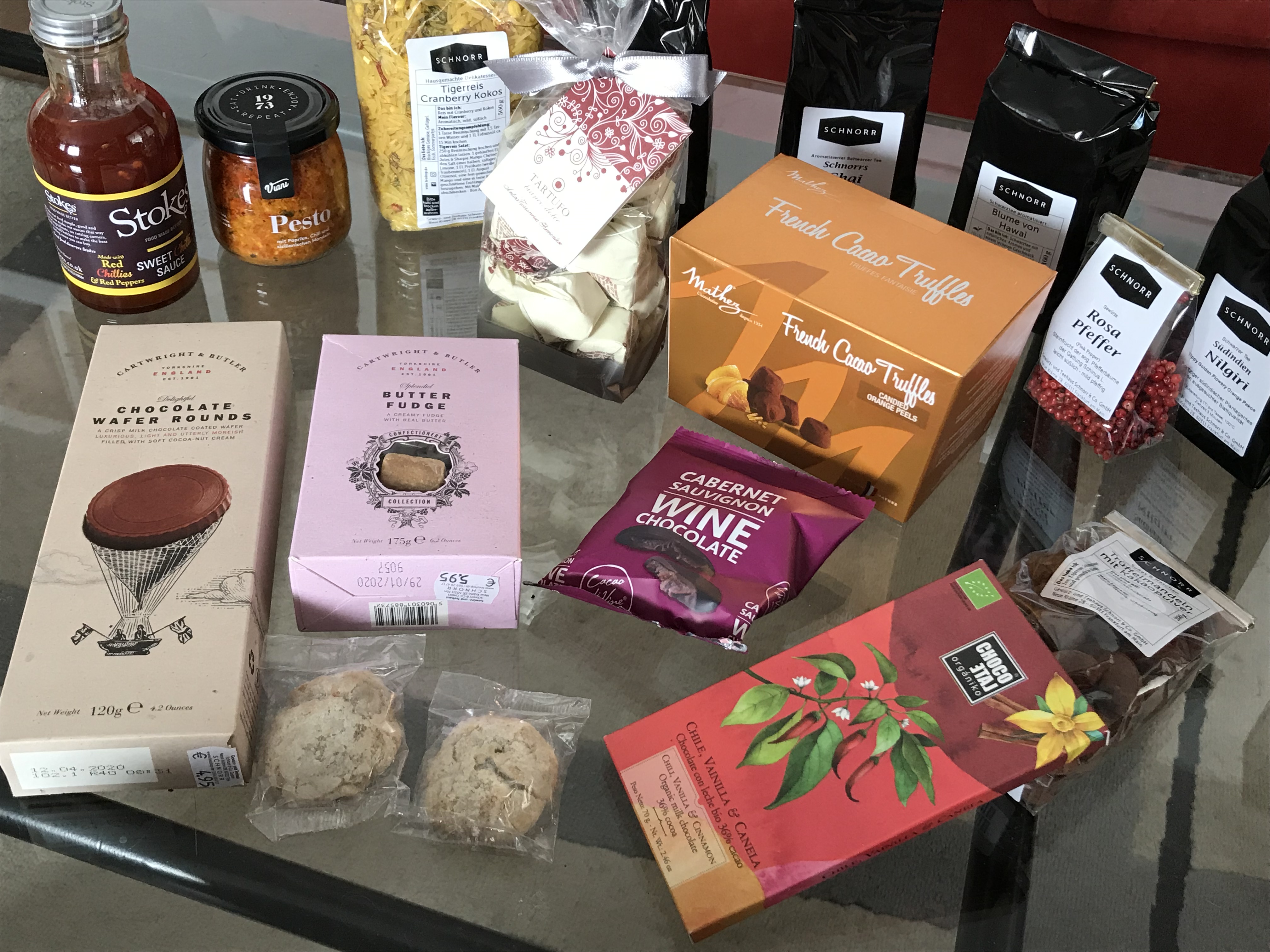 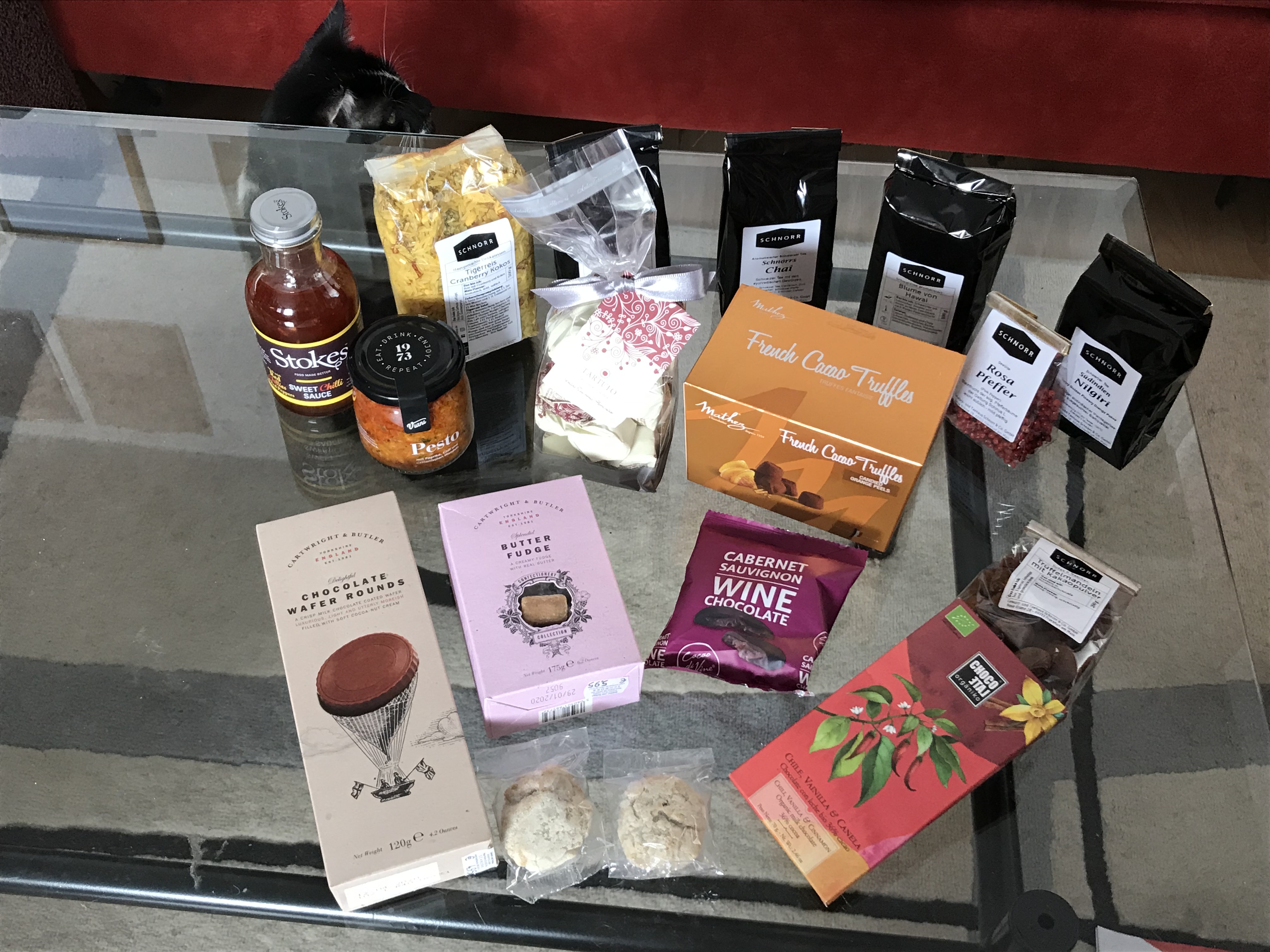 1. Trail Mix that does not contain raisins. I prefer to make my own, as prepackaged trail mixes usually are too sweet or too salty and full of dreaded raisins.

6. Bowl of oatmeal with cinnamon sugar

1. Hot tea/chai - mostly from my stash at home, but SB's chai lattes and London Fogs are my go to when I am out and about. When I am in need of caffeine (morning), I go strictly black breakfast teas (PG Tips or Twinings breakfast teas or Assam). Afternoon reading is green teas with jasmine or citrus undertones. Reading at night I go for fruity/seasonal herbals. I like Celestial Seasonings and Bigelow too. I am mainly a grocery store tea drinker.

2. Sparkling diet cranberry juice - a nice pick me up that is balanced between tart and sweet. I like the diet version better than the original just because it is less sweet. Also makes a great wine spritzer when added to Barefoot's Pink Moscato (the only wine I like). 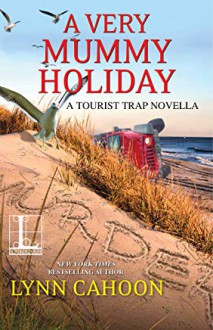 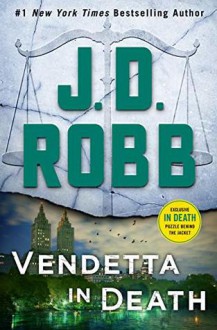 I have just two new releases, one that I pre-ordered and one that I will get from the library. The one I pre-ordered is A Very Mummy Holiday (Tourist Trap Mystery #7.25) by Lynn Cahoon. This is going to be the last (for a while) of the holiday novellas, as Cahoon is working on the new full length novel for publication early next year. The other is a stand-by of September, the new In Death book titled Vendetta In Death. I am putting myself on the library's waitlist this weekend and hope to get to it sometime during the bingo but that is highly unlikely.

I don't know how much reading I'll be able to get done at home during this year's bingo, and doubtlessly part of it will be in bed before going to sleep, where I don't eat anything (and the only drink allowed is mineral water).

That said, as we established last year, tea is kind of a biggie in this household, and it's definitely my drink of choice while reading.  Especially now that I have such a nice mug to go with it ... thanks to BT's gift of earlier this year! 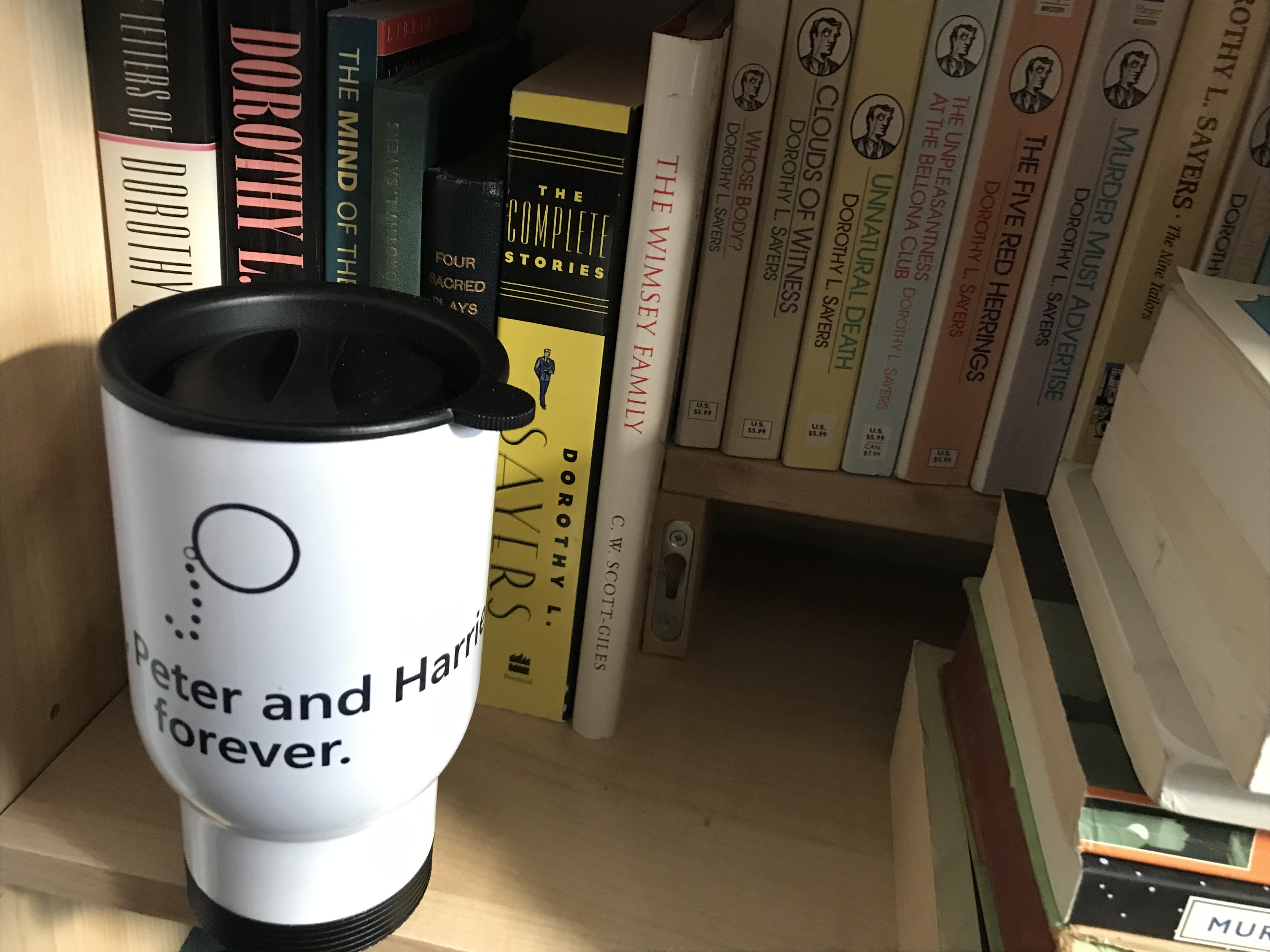 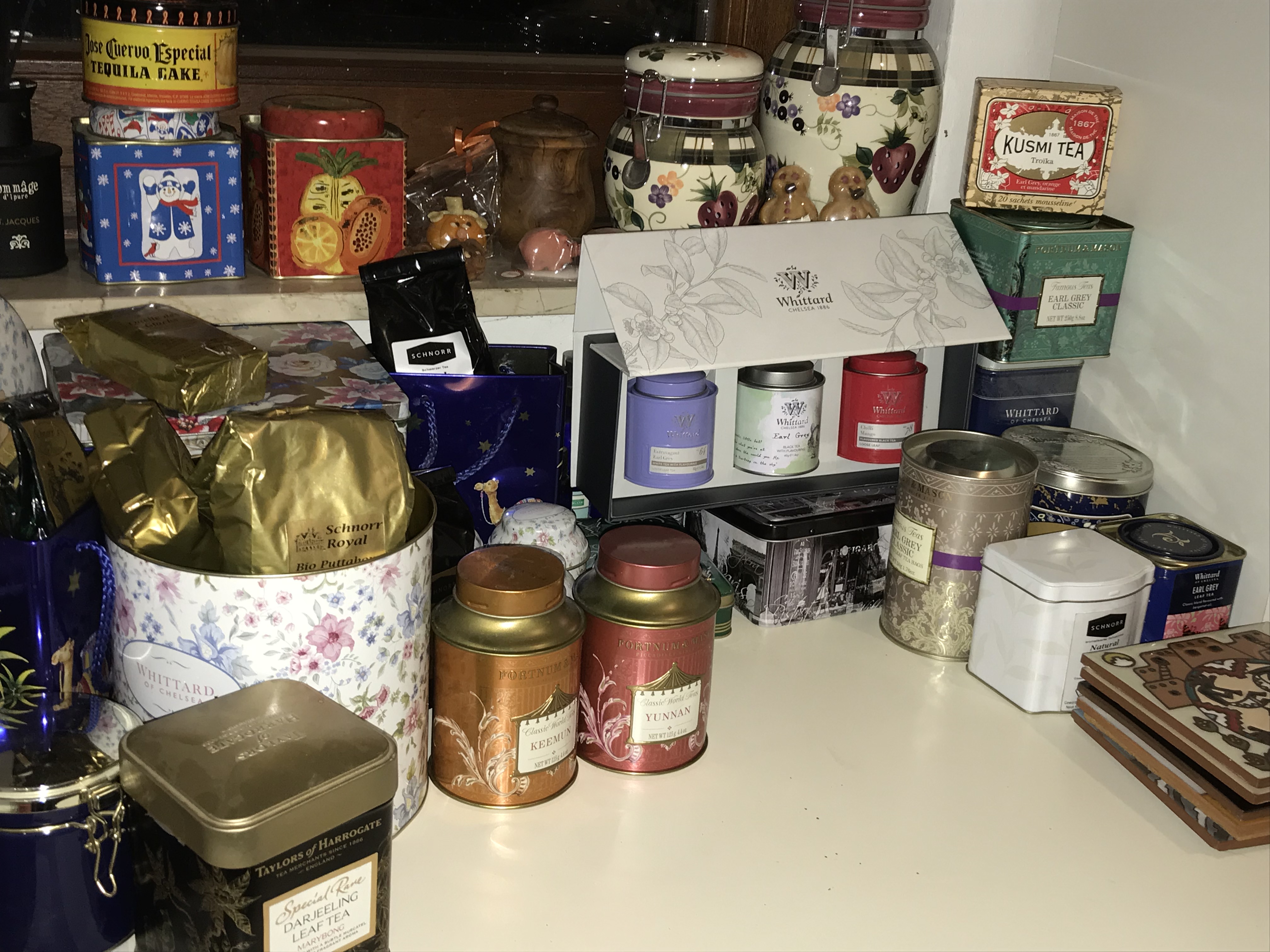 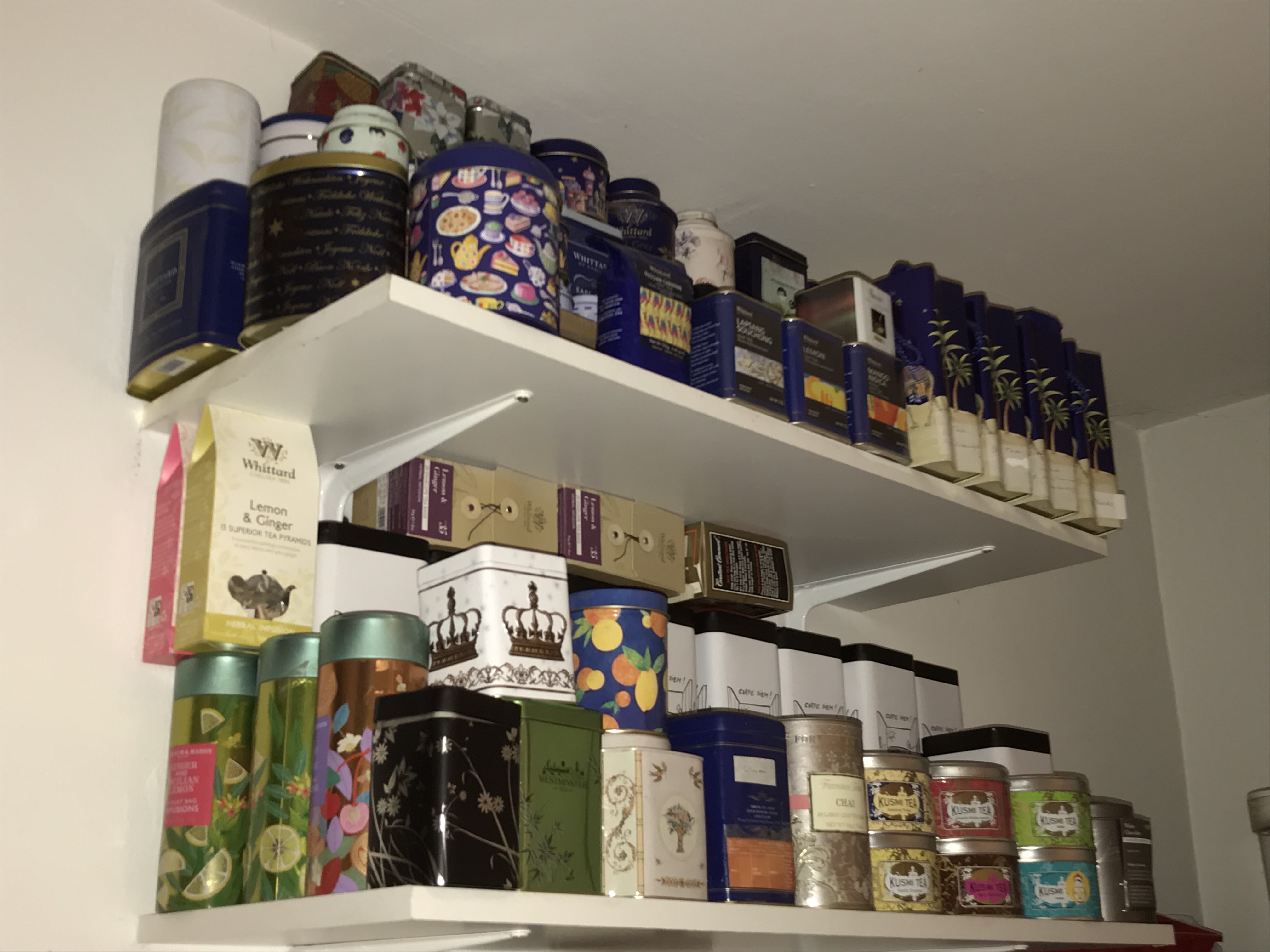 As a matter of fact, since a number of my (up to now) "go to" tea brands are English, and since I'm in absolutely no mood to pay the taxes that are looking ever more likely if the Bozo version of Brexit becomes a reality, a while ago I placed orders with my favorite British purveyors to tide me over for the foreseeable future, so now I'm right back to that "good grief, where do I store all this stuff?" situation. 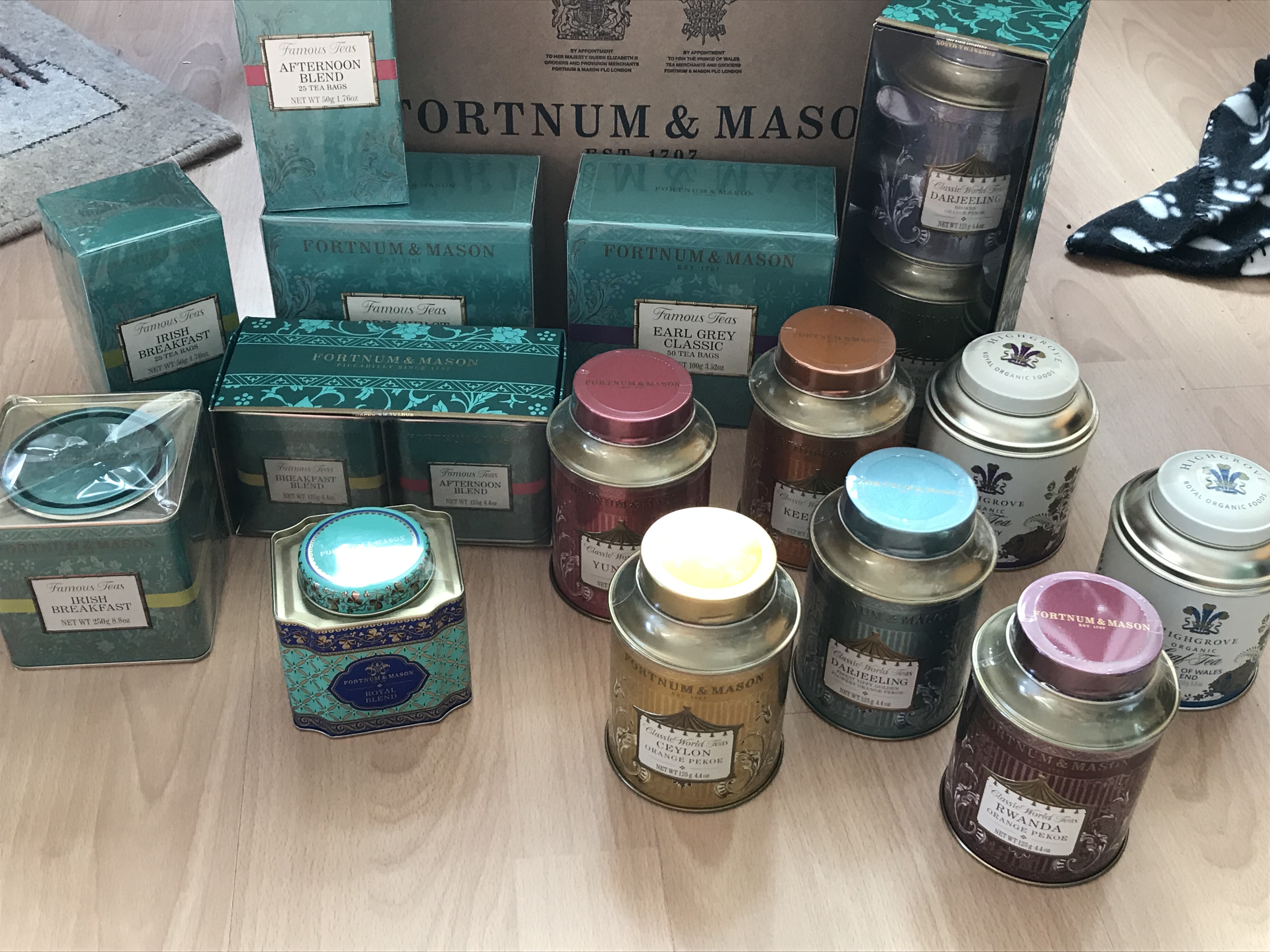 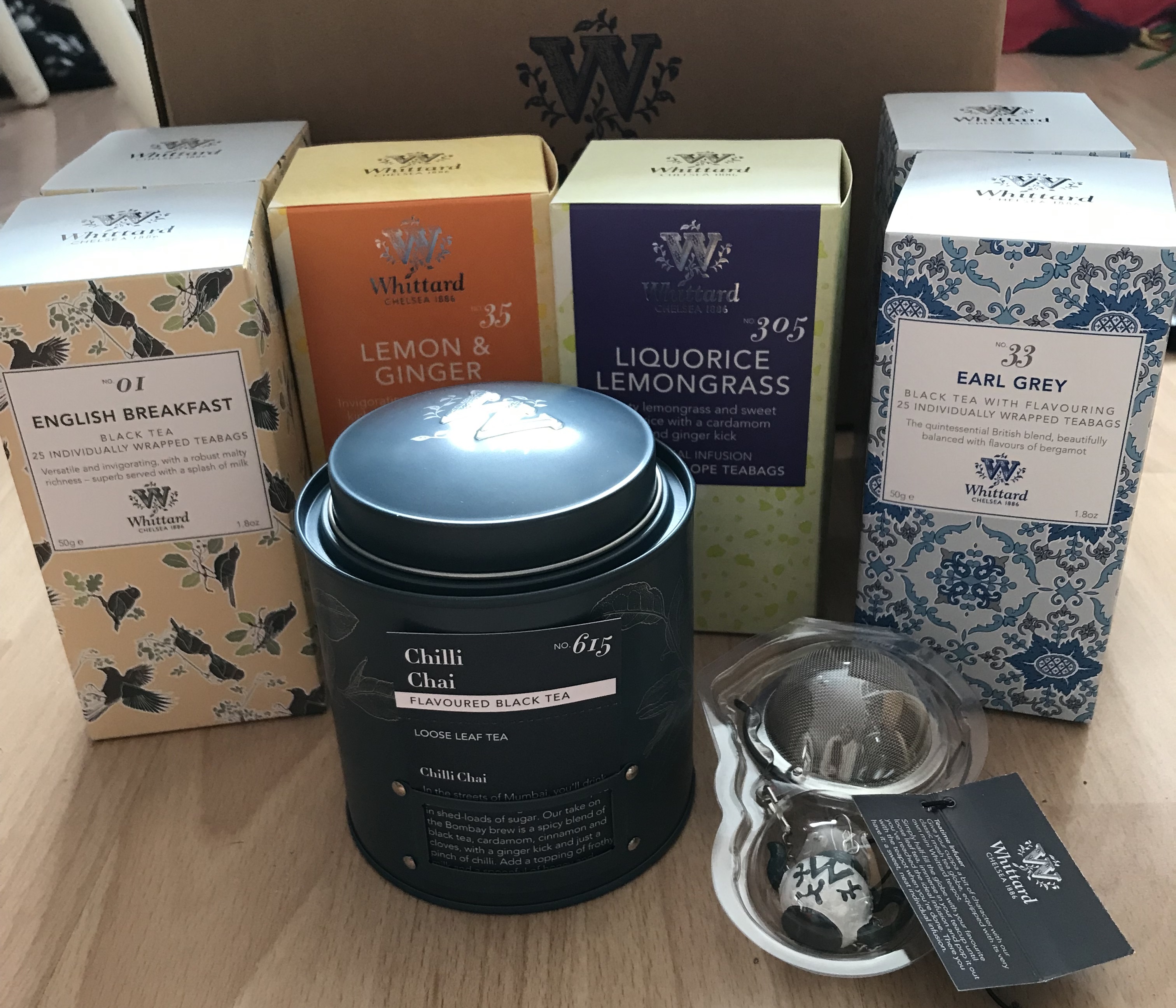 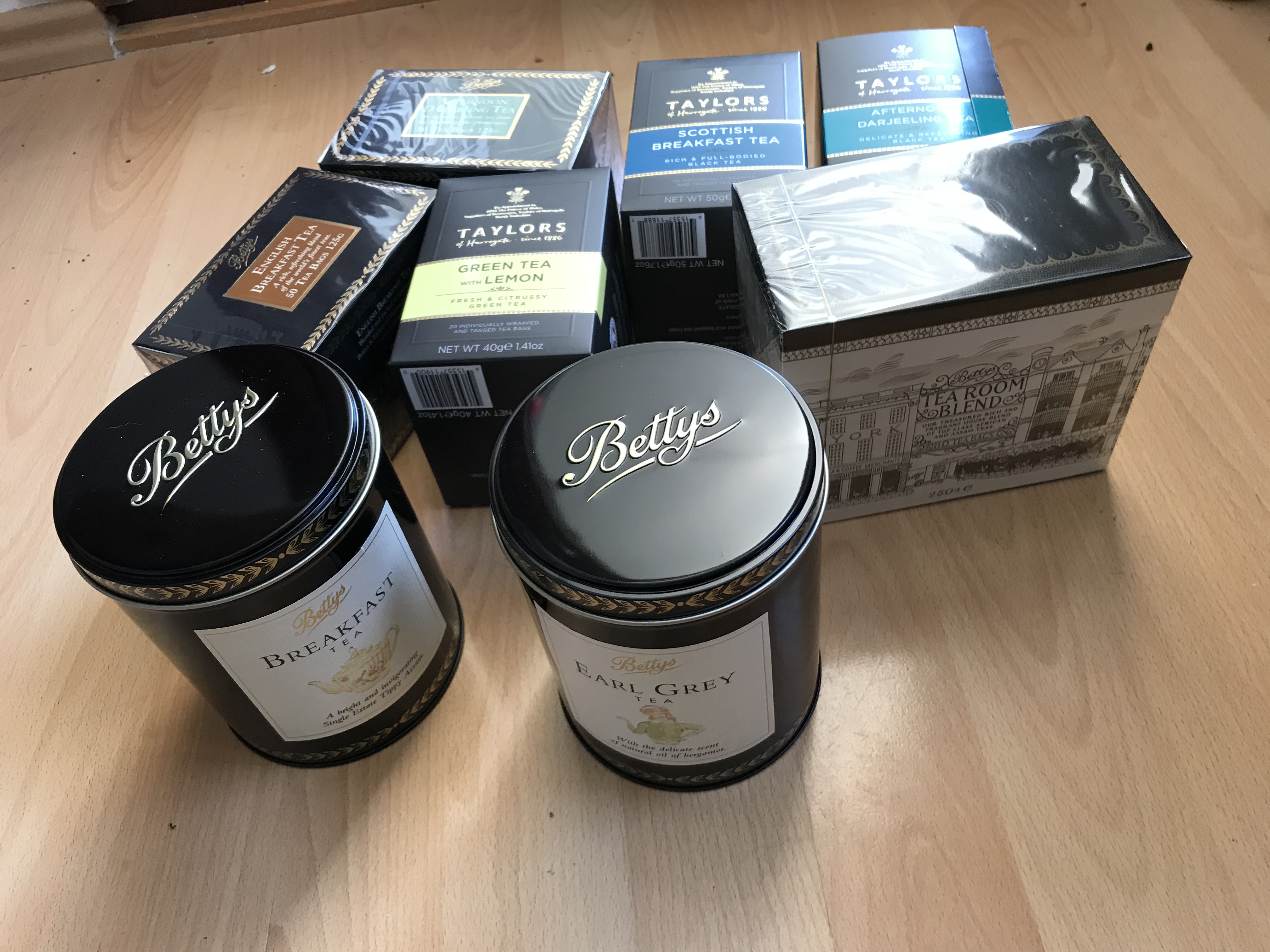 As for food, there currently are no snacks in my home, but I'll have to go down to Frankfurt later this month, and I'll do my level  best to make time to swing by that store ... where I'll doubtlessly find a few extra delicious and not altogether too spooky treats to go with my tea! 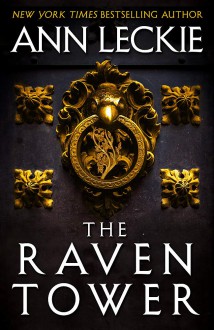 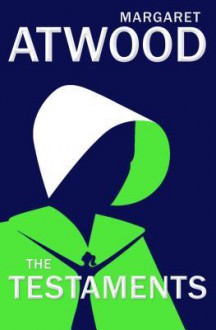 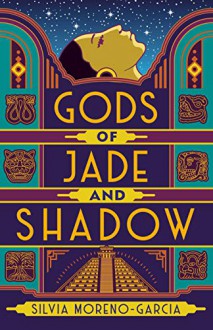 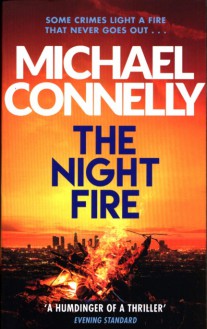 One recommendation and three expectations:

Ann Leckie - The Raven Tower: That rare beast of a newly-released book that worked for me on every level despite all the hype attached to it.  Fantasy / supernatural, but without the usual menagerie of magical beasts: instead, an alternative early medieval society and its (very much alive) gods, with a truly awesome narrator. My review is HERE.

Margaret Atwood - The Testaments: The new release I'm looking at with the greatest amount of trepidation, because come on, how do you match something as iconic and monumental as The Handmaid's Tale ... even as that book's own author?

Silvia Moreno-Garcia - Gods of Jade and Shadow: The book that, thanks to Chris's review, instantly made it onto a good number of Halloween Bingo reading lists; including mine.  A modernized (well, sort of) retelling of the Popol Vuh rendered in a storyteller's voice, what's not to like?

Michael Connelly - The Night Fire: Connelly never lets up and his writing is still as crisp as on day one.  Bosch and Ballard return as a team (I'm very much hoping as a team only), moonlighting in the investigation of a cold case Bosch has "inherited" from his recently-deceased mentor. -- Side note: I've been bingeing on the Bosch TV series while compiling my "Halloween Bingo pre-party" posts up to now, which of course has only served to increase my anticipation of this particular book.