Log in with Facebook
or
Wrong email address or username
Sign up
Already on BookLikes? Log in!
Incorrect verification code
Please, check your email, the code to access your BookLikes blog was sent to you already.
Enter code:
« Back Send
back to top
Search tags: telegraph 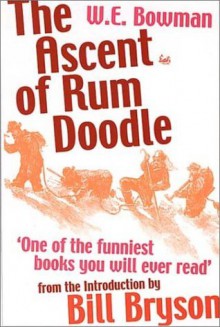 The Ascent of Rum Doodle is a parody on mountaineers and as with all parodies there are people who love them and others who really don't see anything in them. I'm a bit in the middle of these two. The writing was over the top and there were lots of funny paragraphs - I just didn't laugh as much as I had hoped. My expectations were very high, especially because Bill Bryson in the foreword calls this the funniest book he ever read. It is funny, just not as funny as I thought. Sometimes it was also trying a bit too hard to make people laugh. I think I might have enjoyed it a lot more even I hadn't read the foreword and the caption which both gave away the funniest parts of the book. So I'm not saying anything else about the books content here because I don't want to spoil it for anyone else. 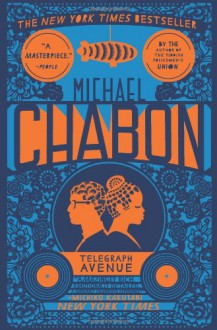 This one, is a struggle for me.

The part about a new mega record store opening in a poor neighborhood driving out local business a bit boring.

The midwife character made me wants to throw this book against the wall.

The two seemingly separate stories are not really getting together in my mind yet.

Is it some plots in there that made these effective? Not sure yet as I'm only half way through the book and struggling to finish it.

I hate homeopath. I hate it, I hate anyone who practice it.

This is real. Homeopath practice killed babies. Almost killed this one if not for modern medical science.

This homeopath bitch character did a home birth that almost caused the life of a woman. Not acting fast enough should get her banned.

And I'm supposed to care about it. I don't. I want this bitch to lost her license in the book. That's probably not going to happen as the writer is more sympathetic in the writing.

That's get me worries. If this bitch get a happy ending, I would reduce this book one star for the frustration it caused me.

Started with 2 and a half stars and see if it would improve in the end.

Saying I don't like it, or it bored me, is an understatement. 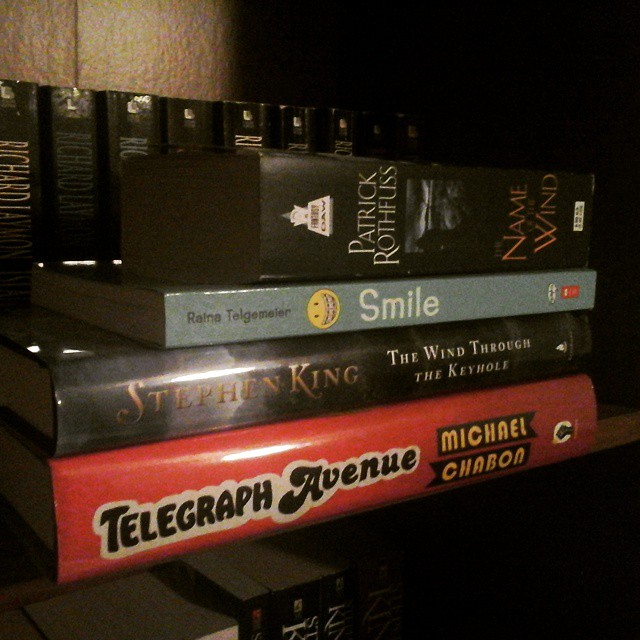 Finally found a The Name on the Wind at my local BAM. While the fam and I were perusing the stacks, Autumn found Smile, and I found a first edition The Wind Through the Keyhole in clearance for $7. That Telegraph Avenue is going to be my first read from Chabon. Several of my favorite authors quote him quite often, so I figured I'd given him a go for $6.

Oh, and Chris, who turns three tomorrow, got a Thomas the Train book, not seen here because he wouldn't give it up long enough for me to take a picture. :)

Once again a category with lots of possible choices. The Unbearable Lightness of Being is one of the most beautiful love stories I ever read. It really made me cry - but not because of the love story. I cried when Karenin, the dog, died!

I've somehow dedicated this year to reading novels on the Great War. I've enjoyed (as far as you can enjoy books on this occurence) all the books I've read on it so far. But among all these books there was one that sticks out and that is All Quiet on the Western Front. It is just absolutely brilliant. The descriptions of the war, the people's injuries and their situation at the front are completely ruthless but I think that's the only way to really show the horrors of war.