Log in with Facebook
or
Wrong email address or username
Sign up
Already on BookLikes? Log in!
Incorrect verification code
Please, check your email, the code to access your BookLikes blog was sent to you already.
Enter code:
« Back Send
back to top
Search tags: the-moment-before

Laurel is the photographer for the yearbook in high school. She crushes on Quin, the football team captain. After taking photos of the team, she takes some candid shots of Quin and he notices her and makes a derogatory remark that ends up making her last year of high school a living nightmare. Ten years later she is taking photos for a book and ends up at his skydiving school where he does not remember her. When he finally puts it all together he wants to make up for what he did in high school. She still has her crush but will she see him as anything more?

I enjoyed this story. It was quick and focused on the two of them. She tries to keep the personal from the professional but the lines blur. I liked that we get his thoughts on what happened in high school and what he hopes for now. I liked both Laurel and Quin but his brothers still the show when Laurel goes to Guys Night. I laughed at how they teased Quin. Just like siblings!

I hope I already have the next book in the series; otherwise I might not be able to finish this series. And I want to! 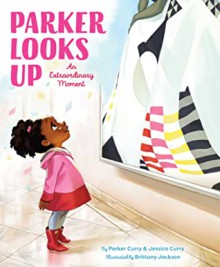 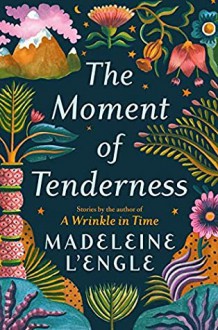 I swear I feel like I am about to be struck by lightning because I did not like this collection of short stories by Madeline L'Engle. I think the problem is that I kept comparing these stories to "A Wrinkle in Time" series and it did not read like L'Engle. Her books made me think of God, persevering and having hope. These stories were just so depressing one after another. I usually would rate them separately, but instead this time, I am just going to discuss the themes of the stories.

There are 18 stories all together and readers find out these were stories that L'Engle wrote prior to "A Wrinkle in Time." These stories are inspired by her childhood which to me reads as very depressing and lonely. Some of these stories have never been published before, and honestly I wish that publishers would think that through before publishing works of an author that is known for a different type of writing and genre. I am flashing back to reading Harper Lee's sequel to "To Kill a Mockingbird" and shuddering all over again.

I think that a third of the collection focused on stories of a young girl who is unhappy. Either her mother is ill, dead, or seems to be suffering from alcoholism. The young girl is either trying to please her father, get her father to pay attention to her, or is begging her father to send for her. The girl is either at boarding school or another type of school or camp and is lonely and friendless. An older woman usually comes along to try to help the girl and she rejects the help. The story ends with you feeling depressed about what you just read. The stories always seem to end on a bleak note.

Then the second third is following a young adult woman who is focused on a career in acting or the theater. I found out after finishing this, this was a career that L'Engle was interested in. Those stories at times seem to be a bit more hopeful, but one of them ended on a menacing note. I am thinking of the story where the young girl is visited by her brother and alludes that the school she was sent to seems to be a place where women learn "wiles" with high-paying men.

Then we have the final third which follows a man who was disappointed in love. I don' know. The last story in the collection was such a weird tonal change that I think I got whiplash.

I would say that all of the stories after the first third had a really bad flow problem. The stories started to feel endless. None of them were holding my attention. I just wanted to be finished as soon as possible.

The last story as I already said is focused on faith and science and seems to have more fantasy elements. This story really should not have been included when you look at the other stories in the collection. I assume the publisher wanted to show L'Engle's writing style over the years, but honestly the first 2/3 of the collection were just very autobiographical. Readers may not know but L'Engle was considered dumb and clumsy by her teachers, she retreated into her books. She was sent away constantly to boarding school while growing up and her father died when she was young. She went to Smith college and started acting and met her husband (also an actor in a play). L'Engle planned on giving up writing when she turned 40 since her stories until that point had been rejected. She wrote a "Wrinkle in Time" and the rest is history.

I think I rather would have read a biography of L'Engle than her older stories never published before. Her life was very interesting.

The entire collection was pretty depressing. A common theme was a young girl, teen, or young adult whose parents had abandoned them at summer camp, boarding school, or a finishing school. The moms were usually dead or sick. The father's were absent. 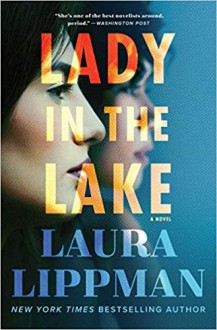 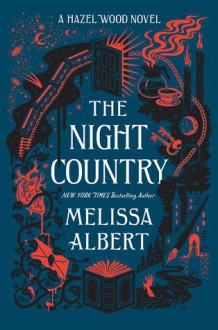 I fell off book reading this week. I was dealing with at least 3 meetings a day (1 hour plus in some cases) and having to do write-ups, follow-ups, and then reviewing my team's work. I had to sit in on 7 meetings and I purposely took on writing up 4 of them up since my team was complaining about the work they were doing. That's not counting me having to review 2 out of the 3 and completing rewriting them because they were that bad. I also take notes during all meetings and send my team my notes. One team member just sent me back the original notes I sent him so I can just posit he did not take notes. I also had to review some analysis that some of them have done....and I am just ready to not talk to anyone for the rest of the weekend. I am drinking champagne right now and regret nothing.

Here are my #FridayReads.

Lady in the Lake. I started it and am very intrigued. That said, I fell asleep reading it last night and woke up to my cat leaving me two furballs in my bed....

The Night Country. I haven't started yet. I heard mixed things about this one. I was meh on the first one so hope it is better than the first book in the series.

The Moment of Tenderness. Should be done today. I have been reading this off and on all week. The short stories are sad in tone.