Log in with Facebook
or
Wrong email address or username
Sign up
Already on BookLikes? Log in!
Incorrect verification code
Please, check your email, the code to access your BookLikes blog was sent to you already.
Enter code:
« Back Send
back to top
Search tags: thomas-cromwell This took me a while to finish. I also learned an important thing, I'm interested in English history, but only up to a point.

While I'm sure this book about the early years of Thomas Cromwell in the King's service is well researched, there is one thing that makes it difficult, which is exactly why this is the part of his life that has not been written extensively about. There is very little known. Which leads to very lengthy discussions and speculations between different historians about the littlest of snippets of letters which are still available. For me, this was more a book to use if I wanted to research the man, rather than an interesting biography to read as a whole.

For me, this was also in the style, which at times I thought was almost unreadable due to the enormous amounts of repetition, especially in the early parts. By the time I finished the introduction I knew this was going to be a long read.

Containing interesting things about Cromwell, but also eventually concluding that it is hard to know anything for sure, this work was unreadable at times and I can only recommend it to those studying the particular man or period. 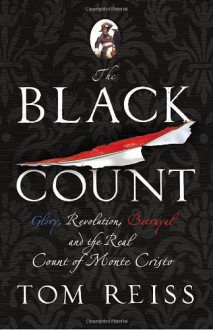 Of my favorite reads 2019, surprisingly few already were on my TBR at the beginning of the year, so the year was at least as much a year of "great new catches" as it was for catching up with my TBR.

Just looking the books already on my TBR at the beginning of the year, the biggest "catches" of 2019 would have been (in reverse order in which I read them):

Kofi Annan, Interventions: A Life in War and Peace

(Task: St. Andrew was a fisherman by trade: Which book(s) from your TBR that you read this year turned out to be the year’s greatest “catch”?) Expansion into a full review to come (if I find the time), but for the moment:

If you even have the slightest interest in Tudor history and politics, run, don't walk to get this book.  And for a special treat, also get the audio version narrated by David Rintoul.  This is an intense, fact-packed read and (in either the print or audio version) not a book to rush through; but it is SO worth taking the time.  What a fascinating personality -- and what an amazing biography. I finally finished my 4th of July rolls, and will be rolling again this morning, but I have to set down a few thoughts about this book.

I'm not sure that I liked it quite as much as Wolf Hall, at least for the first 3/4, but holy cow, the last 75 pages or so was just amazing. Even though I know how Anne Boleyn died, the unfolding of it was breathtakingly, heartstoppingly suspenseful. How did Mantel make an event that everyone knows about so devastating?

I mean, I didn't even like Anne Boleyn very much, and she is a very complicated historical figure, but that was not a trial. It was a murder. She was murdered. There was so little evidence to suggest that she was guilty of any of the things she was accused of, and the trumped up, convenient nature of the entire thing - from poor Mark Weston to the rest of the men to Anne herself - is just appalling. Henry VIII was a piece of self-centered shit.

And Cromwell? Well, again, he's a complicated historical figure, but his part in that whole farce was unforgivable. Although, presumably, he'll get his in book 3.

I am starting this one - the last of my 4th of July reads!