Log in with Facebook
or
Wrong email address or username
Sign up
Already on BookLikes? Log in!
Incorrect verification code
Please, check your email, the code to access your BookLikes blog was sent to you already.
Enter code:
« Back Send
back to top
Search tags: with-malice 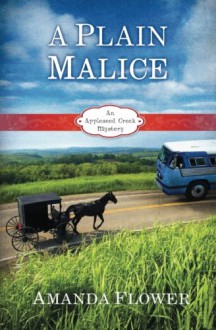 A tour bus from Mississippi goes to the Troyer's farm so see how the Amish live. As Simon Troyer is showing how to milk a cow, two of the tourists drop dead. Now the police and the Ohio Department of Health are all over the Troyer farm. Chloe is called in by Chief Rose to take the place of the deceased tour guide so she can keep the tourists in Knox County to complete her investigation. With the chief's blessings, Chloe investigates and lets the chief know the results of her investigation.

I loved this book. I liked that the Chief could work with Chloe. I also liked how things are changing within the Troyer family. I love Grandfather Zook. He is not the staid buttoned-down Amish grandfather. He has a sense of humor that comes out and gets the family through some of the traumas that have befallen them and their community. He and Chloe are great together. I love Timothy and how he has to walk a fine line between his Amish upbringing and what Chloe wants, needs, and expects. He does not always succeed but he and she work it out. Some of the secondary tourists were a riot, especially Gertie and her fish jerky.

The story was good and I had a hard time putting it down. I did not figure out the murderer until the end. Sad!

I hope this is not the last book of the series. I love these characters. 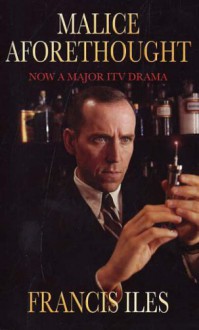 I just read the plot synopsis of this book, because I want to know about the way dear Teddy is killing of his wife (I guess that´s what I need for my little "Eight Perfect Murders" project). And the actual plot of the book is, boiled down to the actual murder, a pretty gritty one.

But then there is Teddy and his uninteresting life / love life. I cannot stand it anymore to read about this pathetic wuss of a main character, which I absolutely detest. Only one word comes to my mind when I think of him: Blergh.

Genuinly hate this book and I´m not in the mood for hate reading.

He wished Ivy would not go on crying; he wished she had the wit to understand that he was tired of her and leave it at that, or, rather, that he had been mistaken in her from the first and that she was not, and never had been, the girl he thought her. Oh, God, what a fool he had been to seduce her! And yet she had been most ready to be seduced. Had he seduced her at all? There had been no intention. Somehow it had just happened, inevitably. Besides, in most cases of so-called seduction what initiative there is usually comes from the woman, not the man. In any event, he had been a fool to take what she offered him, and there was going to be hell and all to pay before he could get free. He shuddered at the though of the tears, the complaints, and the entreaties to come. They were both almost on the edge of the rocky platform. If with one sudden jerk he thrust...

Dear Teddy, who is about to kill his wife in the next couple of chapters, is the one seducing women, because

a) he is stuck in a horrible marriage,

b) he has an inferiority complex and

c) he is, quite generally speaking, an a-hole.

I hope he goes down.

Book number three in my little "prepare for another book" project that I have going on.

I hope that I keep on enjoying the older books as much as the ones I already have read. 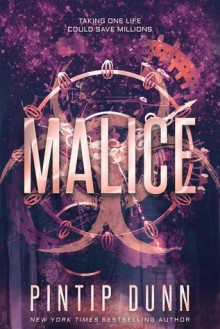 The many twisted threads of this story that are constantly changing could have equalled a truly epic novel, instead it was just a complete mess. At times it read like a poorly written children's story, a lot of it didn't make sense and it had characters suddenly making dramatic announcements as if they had recently signed up for an Amateur Dramatics course in Stoke On Trent.

There was some strange choices for Alice's brother, Archie. I presume if they had a sibling they would be called Alejandro, or Anastasia. When we first meet him he comes across as a shy, intelligent character that struggles with speaking. I did assume he was autistic. But later on he's able to speak perfectly well and seemed perfectly normal, leaving me to wonder why Alice needed to help him so much with day to day tasks.

The science side of this story is non-existent. We are told vaguely that the technology exists for time travel and it's basically your consciousness that travels to a different point in your time stream, inhabiting your body at that point in time. We are also told that too many trips will kill you. The how is never explained. We are told that there will be a virus, but there was not enough detail to work out how it works, or how it was made.

This plot is literally about an incel that gets mad at everyone because they didn't get enough attention from the girl they liked and decides to destroy the world. I guessed who it was within a couple of chapters. I cannot stand incels, I've dealt with far too many of them and completely honestly, I was rooting for just shooting the guy and calling a day.