Log in with Facebook
or
Wrong email address or username
Sign up
Already on BookLikes? Log in!
Incorrect verification code
Please, check your email, the code to access your BookLikes blog was sent to you already.
Enter code:
« Back Send
back to top
Search tags: ww2-holocaust-those-nazi-losers I respect that this book was inspired by two different stories, one being the discovery of Madame Marthe de Florian's Parisian apartment, a decadent time capsule untouched for over seventy years. The second inspiration was a picture of an old palace in East Germany. Carey has a fine imagination but I felt like the story lacked depth and seemed extremely hurried. Major storylines were casually explained away and too easily resolved. I realize that this is fiction, but even fiction isn't this neat and tidy. Great potential that left me feeling moderately entertained. 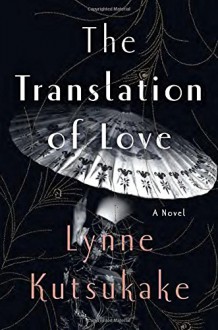 Great book that tells a great story! The Translation of Love was the April selection for Keep Turning the Pages book club and I happened to win a copy through a Doubleday Books giveaway. Double bonus! I thoroughly enjoyed this well written book, which is also Kutsukake's debut. The story centers around a young Japanese girl who is searching for her older sister who seems to have vanished in the Ginza district. WWII is over but the American GI's are still very present. Japan is under General McArthur's military Occupation, American and Canadian Japanese have been sent back after living in internment or POW camps, and democracy has new meaning in a war torn country that appears to want to embrace the unfamiliar American customs. Occupied Japan is place of turmoil and people are faced with harsh realities and having to comprise morals just to eat and survive. Families that once had everything are forced to beg for food. It's a matter of survival. Believing a rumor, Japanese citizens begin writing to General McArthur in hopes that he will answer their pleas for help. Fumi is unable to understand English and enlists the help of Aya, an American Japanese girl, who Fumi has befriended, to write to McArthur and ask for help in finding her missing sister. Together, the two girls hold out hope of finding Fumi's beloved sister. Soon, the girls and their quest have drawn the attention of others, including their teacher. Tokyo is not a place for an innocent young girl. American GI's and their Japanese girlfriend's can be seen all over. Unsavory people are taking advantage of other's misfortune. Fumi and Aya will see and learn a lot during their search for Fumi's sister, Sumiko, lessons that young girls would never know had it not been for a war that changed everything for everyone. There are other stories interspersed throughout the book, each coinciding with the main theme.

Kutsukake's story was well developed. The characters were likeable, even the supporting cast was great. Lots of things going on but everything is relatable and ties the story together. The relationship between the characters, the search for Sumiko, Sumiko's struggle to survive, the plight of a country trying to recover, the different people that inhabit this harsh reality...all of these things combined make this a glorious, wonderful story. Heartbreaking at times, yes! But, still. So very good!

*Many thanks to Doubleday Books for providing a copy through a super fun giveaway on Goodreads that asked reader's to describe a letter writing experience with a pen pal(s). I finished this amazing story, based on true events, in tears. Lots of tears. It is heartbreaking, yet triumphant. I've been very fortunate with my reading choices so far. 2016 is going to be an outstanding year for books if the last two novels read are any indication. Lilac Girls was an emotional journey and the heroic women who live between the pages, fighting to survive, will stay with me for a very long time. And to think, I almost passed this book up. Oh! Martha Hall Kelly, thank you for sharing this unforgettable story! Thank you for introducing me to the Rabbits and Caroline Ferriday. I have worn my welcome out on Google looking up every bit of real life history. My heart has been deeply touched and I want to hug my family just a little bit tighter.

I'll update my review in a couple of days. Right now, I need to catch my breath, blow my nose, and dry my eyes.

**I received a DRC from Penguin's First to Read program.

(Oops. Having to repost review because I accidentally deleted my original post.)

Just want to clear the entire day to devour this book. I'm half way through and already I'd gladly give this five shining stars.