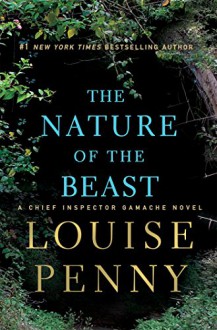 The Nature of the Beast
by: Louise Penny (author)

And so begins a frantic search for the boy and the truth. What they uncover deep in the forest sets off a sequence of events that leads to murder, leads to an old crime, leads to an old betrayal. Leads right to the door of an old poet.

And now it is now, writes Ruth Zardo. And the dark thing is here.

A monster once visited Three Pines. And put down deep roots. And now, Ruth knows, it is back.

7 years ago
http://SusannaG.booklikes.com SusannaG - Confessions of a Crazy Cat Lady 3.5 The Nature of the Beast
text The Nature of the Beast
I dithered between 3.5 and 4 stars, as it's somewhere between them. Definitely a better novel than The Long Way Home, which preceded it, though. Also, very little Clara Morrow. We do get a decent amount of our favorite mad poet and her pet duck, however.
See review

a reading life rated it

7 years ago
http://LucianYaz.booklikes.com a reading life 4.0 The Nature of the Beast
text The Nature of the Beast
”Here.” The boy handed Gamache the stick. “If anything bad happens to me, you’ll know what to do.” He looked at Gamache with deadly earnest. “I’m trusting you.” Everyone is so used to nine-year old Laurent Lepage’s outlandish stories that when he finally tells the truth, that he’s found a giant gun...
See review
see community reviews