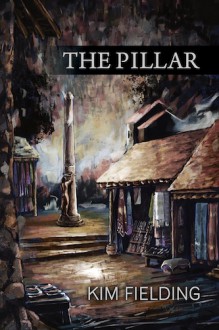 The Pillar
by: Kim Fielding (author)

7 years ago
http://nannyogg.booklikes.com Nanny Ogg's reviews and stuff 3.0 The Pillar
text The Pillar
This story got a 3 star rating instead of 4 from me because of entirely personal reasons and most people would probably enjoy it more than I did.I think I would have liked this book more if I wasn't trying to make a connection between the setting of the book (15th century Bosnia) and what I've been ...
See review

8 years ago
http://TrishaBoyLove.booklikes.com Trisha Harrington's Blog 5.0 The Pillar
text The Pillar
The Pillar is another wonderful story from the amazing Kim Fielding. Normally I’m not a huge fan of historical stories, but I would read anything this woman writes.I love Kim Fielding’s characters. She always makes me fall in love with them. And I always want the best for them. Faris and Boro are no...
See review

8 years ago
http://SusanReads.booklikes.com Susan 4.0 The Pillar
text The Pillar
The Pillar is a beautiful, touching story about two men who thought they would never find love in their life. Faris is the town’s healer and has taken it upon himself to rescue the men left on the pillar to die. He tries to save them or in some cases brings a merciful death.When a man is half beaten...
See review

8 years ago
http://Xing.booklikes.com Xing 4.0 The Pillar
text The Pillar
I felt like I was watching a Disney movie with gay characters and sex. And I'll leave it at that for now. (worst review, ever)
See review
see community reviews