Log in with Facebook
or
Wrong email address or username
Sign up
Already on BookLikes? Log in!
Incorrect verification code
Please, check your email, the code to access your BookLikes blog was sent to you already.
Enter code:
« Back Send
back to top
Search tags: 1990s 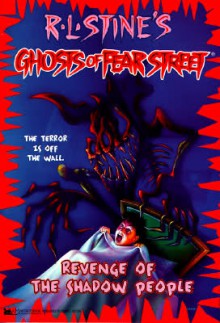 Vinny Salvo loves hearing his friend Benny's terrifying stories about monsters on Fear Street, but friend Sharon is more skeptical. Then shadows begin moving on their own and one horned shadow monster is coming for him!

Stine's books (and his ghost-writers) are always a  roll of the dice. Sometimes you get something that's fun, middle-grade spooky, and with a bit of something to remember after its over. 'Revenge of the Shadow People'...not so much. We have a concept of shadow people - which is scary - but we have nothing other than Vinnie's gullibility and his jealousy of his toddler brother to work with character-wise. I think we're supposed to think Sharon's a jerk because she claims she deserves the award for their photography project more than Vinnie because she took and DEVELOPED all of the photos. Vinnie did glue them on to the poster board, though. And Benny? If he's not a shout-out to another book in the series I see no point to his character.

This was only twenty minutes of my time so I shouldn't be so picky, but there are books in this series that were a heck of a lot better.

Next: 'The Bugman Lives' 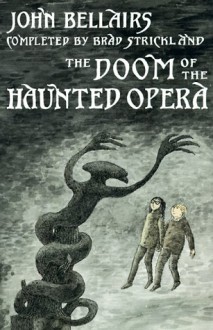 Brad Strickland finished this based on an outline left by John Bellairs after his death. It features a lot of classic Bellairs' charm and my personal favorite of Edward Gorey's artwork for the series - the back cover features Lewis' nightmare where headless Opera patrons surround him and Rose Rita. Strickland does a remarkable job here.

Doing research for a local history project brings Lewis and Rose Rita to the abandoned New Zebedee Opera House located above the Feed & Seed downtown. There, Lewis discovers some sheet music making up a lost opera, "The Day of Doom", hidden inside a piano and runs off with it. This is despite a ghost warning him of he who would be "King of the Dead". Rose Rita is surprisingly skeptical about the ghost, even when Lewis challenges her on the weird shit they've been through together and apart over the last couple of years.

It tuns out that the pages Lewis rescued were hidden from the sinister Henry Vanderhelm to prevent the opera from being performed. It makes up a grand spell that could enslave the dead and doom the living. Unfortunately, New Zebedee has been cut off from the outside world and the adults have already been taken in by the spell of the Opera. Without Uncle Jonathan or Mrs. Zimmerman and with the other New Zebedee magicians vanished, what can two plucky kids do?

As I said, Strickland does a good job here. He expands a little on the world of New Zebedee and attempts to explain why so much weird goings-on focus on their small Michigan town. I liked the inclusion of more witches and magicians as well. This was spooky and dosed with a little satire of high-brow culture.

Next: 'The Specter from the Magician's Museum'

Previous: 'The Vengeance of the Witch-Finder' 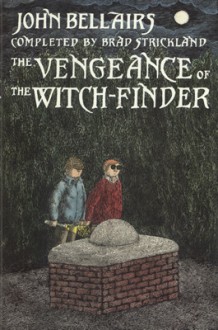 The second of two manuscripts finished by Brad Strickland after John Bellairs' death. This was a more typical novel for Bellairs, following shy Lewis and his new friend Bertie as they cause and avert supernatural misfortune at the Barnavelt ancestral estate in England.

My opinion of this has improved since childhood, I remember being disappointed there wasn't more done with an actual "FOR REAL" gothic country house. But, you guys, there's a haunted hedge maze.

This text had more of that authentic Bellairs flavor, following Lewis' adoration of Sherlock Holmes, the English Civil War, and little details about mid-century tourism. I could have used a party-line joke when telephones came into it, but to each their own.

Next: 'The Doom of the Haunted Opera'

Previous: 'The Ghost in the Mirror' 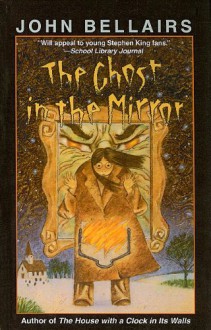 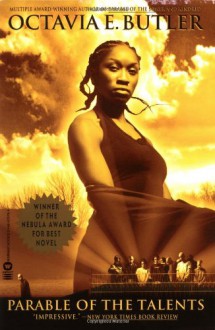 'Parable of the Talents' is a very different book than 'Sower', but I felt it was just a good. The first novel was made up of selected early journals of Lauren Olamina, who "discovered" Earthseed and led her group of survivors to safe land owned by her lover Bankole after her home and family were destroyed.

Joining Olamina's voice is commentary from her daughter some years after Olamina's death. There are shorter fragments from the journals of Bankole and passages from Olamina's brother's book 'Warrior' as well.

I loved the tension that the voices of Olamina and her daughter added to the narrative. Olamina's journals pick up ten years or so after the end of 'Sower' with Acorn almost thriving. Over a hundred people form a part of the settlement and they've established good relationships with their neighbors and have started to sell excess goods they produce. Olamina's daughter, named Larkin by her mother, expresses bitter resentment towards her mother and references a tragedy.

America is still struggling, but the worst of the chaos appears to be over. Unfortunately a reactionary government is rising to power in what's left of the United States. A preacher is running for President, deplores the loss of American character and values in the recent chaos years and promises to "make America great again".

The issues I had with Lauren Olamina's flat voice persisted, but in many other ways this novel is superior to 'Sower'. The book is about tragedy and grave injustice. I couldn't stop reading it until I knew what happened.

Previous: 'Parable of the Sower'