Log in with Facebook
or
Wrong email address or username
Sign up
Already on BookLikes? Log in!
Incorrect verification code
Please, check your email, the code to access your BookLikes blog was sent to you already.
Enter code:
« Back Send
back to top
Search tags: Adrianne-Lee 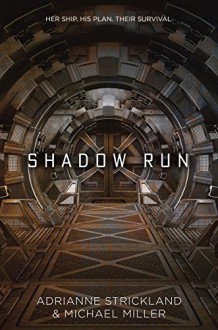 Such a unique story! In a world where shadows can be used as a power source, sides are forming. I loved the cast of heroes in this one, and even the villains were fun to read about. I haven't heard much about this one, and actually stumbled on it by chance, but I'm so glad I did! It's my first time hearing about this author, but I can't wait for more from this series!
Like Reblog Comment

Shadow Run is a young adult science fiction novel. It’s the first in the Kaitan Chronicles. It’s also a book that I almost gave up on, and ended up loving. I was to the point where I was going to DNF it because it just wasn’t drawing me in. But then somehow, within the space of a few pages, something changed and I was hooked. I can’t even pinpoint what it was, but everything just seemed to click suddenly.

One of the things that I loved about Shadow Run was Basra, and how the authors handle their gender fluidity. It was accepted by everyone in the novel. Sometimes the character was masculine, sometimes feminine, but always Basra, the one in a relationship with the Captain’s brother. There is no drama surrounding the character related to this, no stereotypical bigot to cause a scene. Most of the other characters in Shadow Run are forgettable for most of the book. They only come into their own in the end. Watching Nev grow up was kind of heart-breaking, but well handled.

It’s hard to make sweeping statements about Shadow Run, because of my differing reactions to the beginning and the end. The plot was nothing new, the dialogue not particularly snappy. But the fight scenes were extremely well executed. The authors do a fantastic job in the last half of the book at building up tension and drama. When everything kicks into gear, I was completely invested in what was happening. It went from being a book I could barely pay attention to, to one that had me on the edge of my seat, cheering the characters on. Especially Nev and Eaton.

Shadow Run is a young adult novel, so of course, there is romance. However, the authors do a decent job of developing the relationship slowly. The fact that it didn’t involve large amounts of hormonal thoughts and eyelash flutterings made it much more tolerable. Everything that the characters go through make the base for the relationship feel more sturdy than most portrayed in this type of novel.

Overall, it definitely has its issues, but Shadow Run does end up being worth the time and the money. I honestly believe this is one of those series where each book is just going to keep getting better.

I'm not going to lie, I am always so delighted when I find a Science Fiction novel that is accessible and exciting! I had high hopes for Shadow Run, and I wasn't disappointed in the slightest. The Kaitan Heritage is a ship after my own heart. Cobbled together, barely holding on, and full of the most loyal and intriguing set of people there ever was! I remember seeing somewhere that this book was likened to Firefly and Dune. Yes, friends, that is entirely accurate. A little bit of love, a dash of danger, and a whole lot of sarcasm and wit. That's what you'll find between these pages.
First off, massive kudos to the authors for crafting as captivating a character as Captain Qole. At just 17 years old, she's the best Shadow fishing captain in the Universe. But that's not where her intrigue ends. Qole is also poisoned by the very thing that both makes up her livelihood, and makes her such an excellent captain. It's a compelling double-edged sword. What I loved most about her character though, was how self-assured and bad-ass she was. Qole doesn't need your admiration. She's strong, loyal, and full of a kind of fierce love that made me fall for her instantly. I love seeing forceful women in positions of power. Qole doesn't disappoint.
Better still, Nev's entrance into this story didn't dim Qole's light one bit. In fact, Nev is a beautiful contrast to Qole's dark and resolute personality. See, Nev is ever the optimist. He's both tough as nails and has a heart that is fit to burst with pride for his family. His quick thinking and kindness make him the perfect opposite to Qole, and watching them interact is honestly a lot of fun. I never felt like the tension brewing between them was overbearing and the little romance that may have existed just felt like it belonged. Color me impressed.
The absolute only reason I wasn't able to give this a full five-star rating is because the climax felt a little rushed. The first three-quarters of this book are perfectly paced. There is world-building galore, time for our characters to grow and understand one another, plus even the perfect amount of action to keep things fresh. As the book neared the end, I felt like it was rushing to push everything still left undone in order. Which, to be honest, I can totally understand. It makes me happy to know that there's another book coming after this one. I absolutely cannot wait to read it!
You need to meet the ragtag crew of the Kaitan. Plain and simple. If Shadow Run isn't already on  your wishlist, put it there.
science fiction young adult Michael Miller adrianne strickland
Like Reblog Comment
show activity (+)

Having trouble getting into this one. I think it's because I have other books that are calling out for me to read them first. So I will read and review this after them. I really love Nev, and Qole, so far, so I know it's not them, that is the problem. 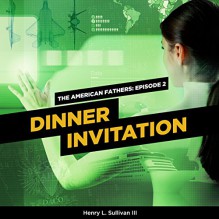 Note: Since this is Book 2 in the series, it is better (though not absolutely necessary) to have read Book 1, Swept Away, before reading this book.

Once again, we return to the near future America, where powerful houses run the country from behind the scenes. Irene Daco, the first American dynastic princess, is a current hot topic. Sheila, a smart academic who believes the dynastic houses will ruin the country, has been swept up into an undefined relationship with the mysterious Jasira, a congressional correspondent. Now Sheila is offered a dinner date with this dynastic princess and she’s tempted to go.

It’s been over a year since Book 1 came out in audiobook format, but this sequel was worth the wait. I think it’s even a little better than Book 1 (which I really enjoyed). First, my little criticism about the lack of cutting edge tech in Book 1 has been blown away by the wonderful tech integrated into the story here in Book 2. I can’t tell you all the awesome stuff going on in this book because that would be spoilery, but I was definitely impressed with the cutting edge tech and how it added to the ambiance of the story. I will say one thing: artificial intelligence. Yay!

Jasira and Sheila continue to be my favorite characters. Sheila is so open and straight forward, perhaps even a little naive in some ways. Jasira is full of grace and mystery and I can’t tell what her motives are, but I do hope she’s on the side of good. The chemistry between these two was sweet and intense in Book 1 and it continues to be intense in Book 2. The love scene was fantastic – detailed, hot, and charming all at the same time.

Irene Daco plays an important role in this story and she isn’t what I was expecting. I was glad that we finally get to meet someone from one of the big American dynastic houses. Sheila has pre-formed ideas about Irene and I think that’s going to be hard to shake. Yet I have faith in Sheila because she’s a fair person… and yet I also worry that someone is trying to trick her. Perhaps we’ll find out in the next episode which way that will fall out. This book does end on a little cliffhanger, so that’s another reason to look forward to Book 3.

Just as an side note, I want to give this story credit for bringing the Peters map into play. It’s difficult to portray the Earth accurately on a flat surface and the Peters map shows land area correctly, which looks a bit different from the maps we typically see in American school systems. The conversation between Sheila and Jasira about Sheila’s work on the dynastic houses was pretty intense, and the Peters map was the perfect comparison.

Over all, this is a smart and sexy story and I really enjoyed this second installment. I’m definitely looking forward to what the author will do next with this tale!

I received a free copy this book.

The Narration: The audio experience continues to be excellent. The ladies performing Sheila and Jasira do an incredible job – the accents and emotional inflections are spot on. Also, the love scene is so well done I have to wonder if there’s real chemistry between the performers. All the character voices are distinct. The production includes ambient sounds to add to the over all experience, never drowning out the dialogue. Just a quality production all around.