Log in with Facebook
or
Wrong email address or username
Sign up
Already on BookLikes? Log in!
Incorrect verification code
Please, check your email, the code to access your BookLikes blog was sent to you already.
Enter code:
« Back Send
back to top
Search tags: Al-Sarrantonio 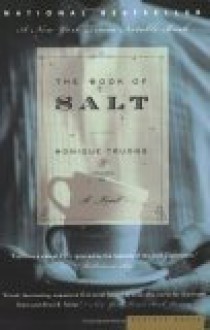 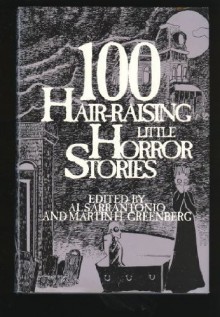 The Book Genie picked a book of short stories for me, but I don't think I can stay the course over 100 stories, so I decided to use it as a palate-cleanser between my other books. So I'll read a few stories from it, then move to the next novel. The Book Genie picked The Book of Salt for that one. It's funny, but both were impulse buys at Half Price Books, so I have no idea if I'm going to enjoy either one. 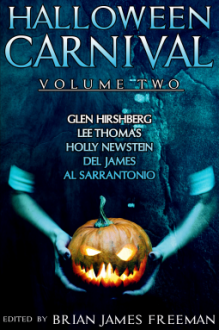 With Halloween right around the corner, let's get right into this collection.

A Montana ghost story thats got some nice creepiness. David is a college professor that teaches a class that explores folklore and his favorite part of the course is the folk tale of Mr. Dark's Carnival. For many years, it has been rumored that the mysterious carnival pops up in a rural setting and only a few select people get chosen to attend. David has never met anyone that has personally been to the carnival and doesn't believe it truly exists until he gets his ticket. A great ghost story that has a murky ending.

The Facts in the Case of My Sister - Lee Thomas

David's estranged sister, Joyce, is in the hospital from an "accident". The prognosis isn't good and David has doubts that her injuries were from an accident. When Joyce and he were kids, David taught himself how to do magic tricks from a book he got. Joyce was always his willing audience and participant. Now, David pulls out a trick from his past to learn what really happened to Joyce.

Willard had a good life, a loving family and wife, and looked forward to his retirement. He was never a drinker after growing up with a nasty old drunk for a father. In what seemed like a harmless way to celebrate his retirement, the bottle grabs ahold of Willard and doesn't let go. On Mischief Night, Willard meets a troubled teen that stumbles into his basement. Can one man's bad decisions help alter the path the youngster is headed down?

Halloween has it's own set of scares when you're a mob hit man. You have to be on your toes, even if you're the grim reaper. Great voice that makes for a fun read.

Jody is a latchkey kid for half an hour every afternoon until his mom gets home. He knows he's not supposed to be outside and he follows that rule. Until, one day, he sees the Pumpkin Boy walking past his window and he can't believe his eyes. For police detective, Len Schneider, Jody's disappearance is bringing back old, haunted memories that he's been trying to lock away for 18 years. What started out as a promising novella, fell flat for me with the ending.

Overall, a nice little collection with mostly hits than misses. Well worth the time.

Al Sarrantonio's "Moonbane" is an entertaining Sci-fi / horror novella. If you are able to put critical thinking into autopilot and let someone else take the wheel for a bit, go ahead and give this one a run. If lapses in reality, sometimes brutal lapses, and an "Independence Day" style climax annoy you, give it a pass. 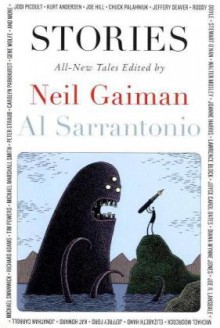 Finally, a decent story. Only took three stories in to find something original and entertaining. Gaiman's up next, but that's for tomorrow. :) 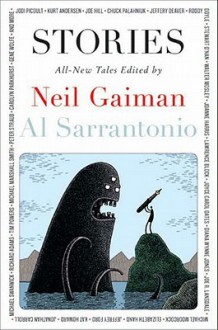 I'll be reading a story a day from this collection, and giving each tale a short review as I go along.

7/6/2014 "Blood", by Roddy Doyle - Three stars. Very short vamp-or-something-like-a-vamp kinda story. The writing is super quick and easy to read. I dig this author's voice and style. Will be looking up more from him.

7/7/2014 "Fossil-Figures", by Joyce Carol Oates - One star. Quite possibly the worst short story I've ever read. Boring, meandering, pointless, poorly-written, unedited... the list goes on. I expected far more from an anthology put together by the likes of Neil Gaiman and Al Sarrantonio. Huge disappointment. Almost stopped reading this collection because of this garbage story.

7/8/2014 "Wildfire in Manhattan", by Joanne Harris - Four stars. This story is big fun. A bit of urban fantasy (which I don't normally like) that held my interest, even though I was rather tired when I started reading it. I loved the magic and the mythos, and wouldn't mind reading an entire book about these characters.

7/9/2014 "The Truth is A Cave in the Mountains", by Neil Gaiman - Five stars. This is probably one of my top five Neil Gaiman shorts now. I didn't expect the twist, wasn't expecting a twist at all, and Gaiman nailed it. The story is whimsical and simply written, as most of Gaiman's shorts are. I found myself whisked away into this nameless, ageless past, and this story of a dwarf and his journey. Gaiman's outing is worth the price of this collection by its lonesome.

7/10/2014 "Unbelief", by Michael Marshall Smith - Five stars. Even though this story is shorter than all the rest, it is the most powerful outing yet. Smith was able to elicit a wide range of emotions from me, and that's impressive, given this tale is less than ten pages long. Currently my favorite piece from this collection, and also the most subtle of the lot.

7/11/2014 "The Stars Are Falling", by Joe R. Lansdale - Five stars. This story belongs in the Stephen King collection FULL DARK, NO STARS. It's well-written, unsettling, and unforgiving. While I did feel deeply for the main character, Deel, I'm glad it ended the way it did. A strong outing from horror's red-headed stepchild.

7/12/2014 "Juvenal Nyx", by Walter Mosley - Two stars. This story bored me to sleep four times. I'm guessing it's an original story for a character who's a mix between Blade and Sandman Slim. Whatever, whoever, I just can't be bothered to give a shit. This story's packed full of shit I hate. Vampires, Inst-Love, horrible dialogue, stilted action sequences. Overall just a really shitty story.

7/13/2014 "The Knife", by Richard Adams - Two stars. Not much to say about this bit of flash fiction. Took him about three minutes to read. It was only three pages long (well, two and a half, at any rate). Funny thing is, it reminded me quite a bit of Evans Light's "Cry Baby". Overall, "The Knife" didn't leave much of an impression on me. Just kinda... meh.

Taking a break from this collection. I have some ARCs to catch up on.