Log in with Facebook
or
Wrong email address or username
Sign up
Already on BookLikes? Log in!
Incorrect verification code
Please, check your email, the code to access your BookLikes blog was sent to you already.
Enter code:
« Back Send
back to top
Search tags: Alisha-Rai 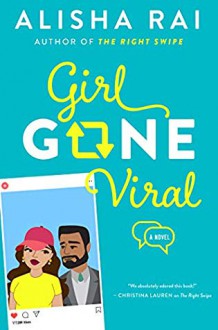 How does Ms Rai do it? How does she create these characters that completely suck me in and don’t let go? Is there somewhere I can sign up for a Jas of my own? He’s so loving and cares so much about Katrina. This book gave me all the warm and fuzzy feels with a side of righteous anger. We are certainly living in a different time and I can’t say I would have handled the #cafebae scandal with half the grace that Katrina did. 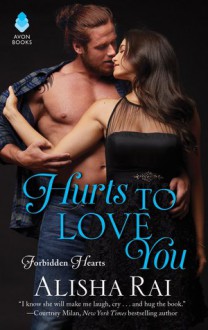 This wraps up the trilogy. Nicholas's sister, Evangeline gets her story. I liked reading about her and her ability to grow as the book progressed. I liked Gabe from the previous books and liked them together. Since this wrapped everything up- Nicholas and Livvy are getting married, there are secrets that come out, it was nice the see how everything wrapped up. And I loved the epilogue to see where everyone was a year later.
And Eve's paternity wasn't in question.

Gabe's dad was Robert, he had had a one night stand prior to meeting Tani. Maria and Robert were not having an affair. Maria was leaving Brendan. Livvy's pregnant. She has a girl.

I read this for Romance-opoly The Bar moon track

Girl Gone Viral is a genuinely sweet romance with two protagonists so kind and giving that you can’t help but be swept into their love story. The beginning of this book is familiar if you remember the “Plane Bae” viral phenomenon in 2018, where someone grossly violated the privacy of her neighbors on a plane by tweeting out their interactions, reporting on what they said, speculating on their actions, and generally weaving a story without their knowledge or consent and feeding it to Twitter. In Girl Gone Viral a similar situations happens to former model Katrina King and it’s horrible. Katrina has anxiety and a panic disorder and she’s worked hard to build a life where she feels safe going to even a few places without worry. She guards her privacy and with good reason, so it was even more heartbreaking to watch that privacy be violated when she speaks to a handsome stranger in a café. After someone live tweets the interaction (and makes up some things to go along with it) and it goes viral, Katrina feels the need to get away. Her bodyguard (and longtime crush with amazing eyebrows), Jas Singh, sweeps Katrina off to his family farm in Northern California… And that’s where things get really interesting.

Katrina and Jas are so kind and self-sacrificing that they trip over themselves trying to give the other what they want. It’s incredibly sweet, but their wariness and caution have also kept each from revealing their true feelings to the other. Getting out of their normal routine may just be the push these two cinnamon rolls need to take a risk and let their feelings show. Author Alisha Rai takes what would otherwise be a fairly straightforward romance and gives it depth and breadth by introducing real-world issues into the story. As previously mentioned, Katrina has a panic disorder. I love that she’s so matter-of-fact in how she copes and how Jas interacts with her in the midst of an attack. Mental health problems can’t be cured, only managed and I appreciated that it wasn’t sensationalized but that we see how Katrina builds her world around her to accommodate her needs without shame. Jas also has very real-world issues to face in this story. The military veteran suffers from PTSD and he struggles with communicating and asking for what he needs, even when he’s among those who love and care for him. Add in family drama for both heroes and you have a very full story, but Ms. Rai weaves everything together effortlessly.

From the start of Girl Gone Viral it’s clear that Jas and Katrina are in love with each other, but their actual romance is slow to burn. I do wish I had seen more of them together once they were romantically linked, but it wasn’t too big an issue for me because they operated as a team so well from the start of the book. I really enjoyed Jas and Katrina’s romance and I know I keep using the word “sweet” but it fits them perfectly (even when things get spicy). Girl Gone Viral feels modern in every way, but there’s a timeless quality to the gentleness and quiet strength of Jas and Katrina’s characters that means this book will be enjoyable for years to come.

Look I don't know how many romance readers out there are familiar with that whole Plane Bae mess that went down last year. Short recap, a couple grossly violated two strangers privacy. A woman decided to spy on the people sitting together on a plane and decided that it would be great to tweet about them. During this whole thing a ridiculous amount of people followed her on Twitter and were cheering this mess on. The whole thing went viral. Buzzfeed and others picked up the story and the woman who originally tweeted (who was a writer) used this to parlay herself into fame. Of course people rightfully said this was gross, why would you be taking pictures, implying that they had sex in a bathroom (they didn't) and use this to push yourself forward. It was awful and I think people on both sides of this mess were yelling at each other. The poor woman in question who was spied on had to delete her social media. The main in question was all, heh, this is good for my brand (I think he may have been an Instagram model. No I don't understand how that's a thing). I think within 7 days the whole thing had boomeranged with people who initially thought this was cute realizing it wasn't and the whole thing was messed up.

So the above is what Rai sets up as her big plot. The heroine (Katrina King) goes to a cafe where she let's a stranger sit at her table. She's polite, but not interested cause she has a crush on her bodyguard (Jas Singh). The main at the table asks her out, she turns him down. She notes that a woman next to her is typing furiously and thinks nothing of it. The next day she finds out a twitter hashtag called #cafebae has taken off and a woman had taken a picture of the side of her face and talked about how it was true love between her and the stranger at the table. This causes issues due to Katrina's past (she suffers from panic attacks) and she is scared that her anonymity which she treasures is about to blown to bits. Jas takes her to his family's farm where they grow peaches and then romance romance romance. Honestly the book did not work for me at all.

I think Katrina was just too nice. I really hated the outcome of the whole plane bae thing. I was hoping that Rai would tackle that more in the story. Instead if was talked about here, talked about somewhat here, and then just dealt with in a way that I doubt would have resolved itself in real life. Katrina also had another thing happen to her in this book and it was just too much after a while. I think I was supposed to go all girl power, but it started to read a bit too Lifetime for me.

Jas was an interesting hero, but once again there was a lot going on with him too. I think the plane bae thing should have been dropped since the story could have just focused on how similar these to are (both dealing with past trauma) though Jas had a loving family though his grandfather is ticked at him somewhat. I just started to feel like I was getting four stories worth of information in this book and it was too much.

We get previous characters we were introduced to returns in this one, but once again they felt apart from the main story at times.

The writing was okay, the flow was hit or miss for me after a while though.

The ending had a nice Happily Ever After (HEA) I thought, but once again we have another hero that is dealing with some really serious stuff that I don't think gets fully addressed by the end of the book.

This dragged in parts and I got really tired of people not explaining themselves. I don't know. I think I just hated how paying off blackmail is how we just fix things. Also Rai took the whole Plane Bae thing and made that the basis of the story, but just ignored it for the most part and I wish that the book had actually focused on how harmful it is when we do this meet-cute BS. It's not real life and you are harming people when you invade their privacy in quests for good a good story.