Log in with Facebook
or
Wrong email address or username
Sign up
Already on BookLikes? Log in!
Incorrect verification code
Please, check your email, the code to access your BookLikes blog was sent to you already.
Enter code:
« Back Send
back to top
Search tags: Batman 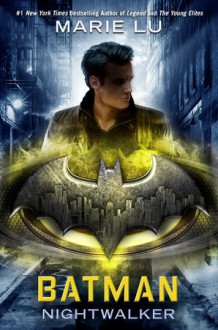 This is part of the DC Icons series and the first book that I read of the series. It was okay. I like the story of Batman and I enjoy the Gotham tv show. I watched the original Batman tv show when I was a kid and I've seen all the movies. I also love Marie Lu, but I found this book just ok. It wasn't boring or bad or anything - just okay. I think I've used up my quarantine creativity for today.

I will read more of the series, just to see what they are like and since they are all by different authors maybe I will like others more. We will see. :) 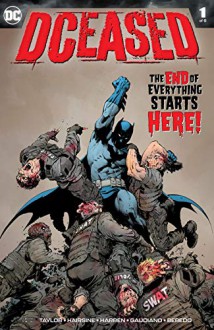 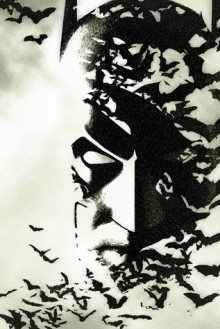 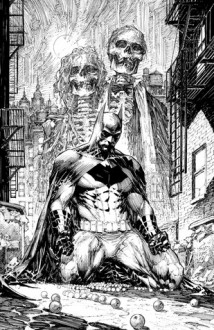 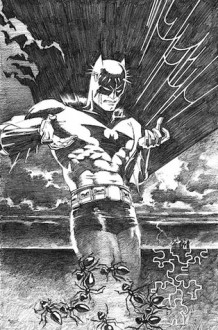 This book’s contents are described in the title. It’s ‘Batman Illustrated’ by Neal Adams starting with World’s Finest Comics # 175 (April 1968), among the first Batman adventures drawn by Adams. The story opens with a couple of hoods forming the Batman Revenge Squad to get back at the hero who caught them. They are interrupted by three bald aliens who are part of the Superman Revenge Squad, ‘criminals from a hundred planets and sworn foes of Superman’. They saw the Batman crowd on their monitors. It has always been a mystery to me how bad guys can see everything on their monitors. Are they watching the whole world all the time, like big brother? Doesn’t a monitor need a camera to feed it? Never mind. They choose to strike when Batman and Superman have their annual battle of wits for fun, setting each other challenges and winning battle trophies off each other as the prize. In his introduction, Neal Adams praises Denny O’Neil but says the great work done by Bob Haney is often overlooked. Like other Haney stories I’ve read, this one makes no sense whatsoever. How did the crook sabotage all the trophies in three seconds while being thrown by Jimmy Olsen? Hey ho! But you buy an Adams book for the art, which was great.

Those all-seeing monitors also feature in World’s Finest # 176 (June 1968) when an alien from the Sirius system shows he knows that Clark Kent is Superman. He is the Vice-President of his world seeking refuge after the President was assassinated. Or is he? Anyway, they have been monitoring Earth and so know Superman’s secret. Later, another alien appears in the Batcave who knows Bruce’s secret. He is a law enforcement officer from Sirius seeking a master criminal hiding on Earth. Or is he?

Set in a conflict situation, do old friends Batman and Superman talk? Of course not. They start fighting each other on behalf of aliens they’ve never met. Supergirl is helping Batman just to complicate things. Written by Cary Bates, this was as improbable as a Haney tale but the twist was surprising.

Brave And The Bold # 79 (Aug-Sept 1968) has Deadman trying to get Batman to track down his killer, the man with the hook. This soon ties in with Batman’s own case which is to find the ‘King Of Crime’ in Gotham. Meanwhile, he and Commissioner Gordon are being harassed by ‘Kubla’ Kaine, a wealthy businessman who owns several newspapers. Flawed storytelling here when on page 3, panel 5 there’s a close up of Bats and Gordon but the long-tailed word balloon belongs to Kaine. Another thing I noticed is that Adam’s art tends to fill the panel and the poor letterer has to put word balloons in front of characters or squeeze them into odd places. There’s a classic Haney cheat at the end when Deadman nudges someone. He can’t do that. He’s a ghost.

In Brave And The Bold # 80, Batman teams up with Steve Ditko creation the Creeper, to fight Hellgrammite, an insect-style villain. One page has a cunning layout of panels inside Batman’s cape but the word balloon you should read first is on the bottom of the panel and the reply is on the top, so you read it backwards. In his interview in the highly recommended ‘The Batcave Companion’, Denny O’Neil, talking about Steve Ditko, said that he had mastered the basics and left enough room for word balloons. He also mentioned that veterans like Kirby and Ditko always gave you establishing shots, the right pacing, the right visual elements. He calls this ‘Comic Book Illustrating 101’ and says it’s possible those skills are about half lost. He may be right. O’Neil never criticised Adams at all on any of these counts. That’s just me.

Brave And The Bold # 81 features the Flash and Superman fighting a hood named Bork, who has become indestructible. ‘But Bork Can Hurt You’ is famous for Adams innovative splash page. Brave And The Bold # 82 has Aquaman fighting Batman in a complicated plot where a charismatic super-villain has turned a supermodel bad. I thought page 6 was flawed by the overlapping panels causing confusion. Brave And The Bold # 83 ‘Punish Not My Evil Sun’ has Bats teamed up with Robin’s buddies, the Teen Titans. This introduces a new ward for Bruce Wayne who is not a very nice chap. An idea with some emotional clout is used up in one issue and rings false because it happens so suddenly. Brave And The Bold # 84 has Batman remembering the time he teamed up with Sergeant Rock and Easy Company. No time travel is involved. He was Batman in 1944 so he could do this but, for the reader, it does raise the issue of his age in 1968 and the writer doesn’t mention it.

In Brave And The Bold # 85, Batman teams up with Green Arrow to fight another king of crime called Miklos Minotaur. The other company made these sorts of stories last six months or more with the hero fighting several henchmen and getting into lots of trouble before locating the crime kingpin, getting maximum drama. Probably because they were usually confined to one issue stories, DC writers didn‘t do this. Even big ideas had to be dealt with in one issue which was quite limiting.

As well as the stories, which are okay, the book has several covers by Adams for various issues in which he didn’t do the inside art. That useful source ‘The Batcave Companion’ infers that all the covers were designed by Carmine Infantino, who was cover maestro at the time in DC comics. Infantino also says that Adams wanted to design his own covers but he wouldn’t allow it. That may have changed later and, in those days, the splash panel on page one was like a second cover so Adams got to strut his stuff there, very effectively.

I’ve done some nitpicking but Neal Adams art is marvellous and gets the treatment it deserves in the high production values of this full-colour edition. It influenced all the newcomers and revolutionised comics in the 1970s. I have seen ‘The Brave And The Bold’ stories in black and white DC ‘Showcase’ editions but the ones from ‘World’s Finest’ were new to me.

My brother picked this up this hardback edition for £5 in the bargain bin of a well-known comic shop. It didn’t have the wrap cover. Who cares? For less frugal fans, this book is available in various editions online for reasonable prices or for £2,000 if you’re crazy.

It's a teaser. The idea is interesting, but the artwork is not to my taste.