Log in with Facebook
or
Wrong email address or username
Sign up
Already on BookLikes? Log in!
Incorrect verification code
Please, check your email, the code to access your BookLikes blog was sent to you already.
Enter code:
« Back Send
back to top
Search tags: Throne-of-Glass 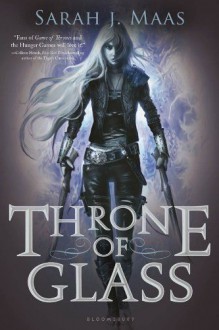 I originally read this and the entire series last year but I’ve felt a little empty since reading it. I’m not on my second journey through and I’m picking up on a lot more detail. So far this one is the fastest/easiest read because the plot hasn’t thickened tooo much.

She’d managed to convince him to give her a tour under the pretense of extreme boredom, when in fact she’d used every moment to plot a dozen escape routs from her room.