Log in with Facebook
or
Wrong email address or username
Sign up
Already on BookLikes? Log in!
Incorrect verification code
Please, check your email, the code to access your BookLikes blog was sent to you already.
Enter code:
« Back Send
back to top
Search tags: Cameron-Dane This was one smoking little book...YEEHAW!

I adored Grey and Sirus (lord their names are even smoking) both were damaged, but likable characters. The sex was OFF THE CHARTS. I do wish there had been a tad bit more angst in this one, but overall a really good read. 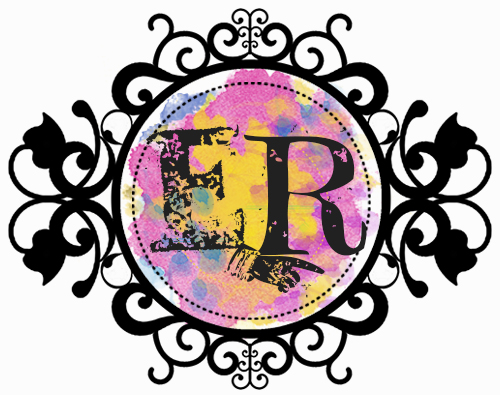 The villain from A Fostered Love is the MC?

Oh, Ms. Dane...you just upped the game by writing one of my favorite themes.

I still want to tap dance on his nuts though. Just twice.

After Reading: I've been in a...mood lately.

I wanted to read about a certain type of hero. And I know I won't be finding it in my review pile, so I went spelunking in the cavernous TBR mountains of SRAL's books. (It's DEEP) And cleaned up some of my Kindle space in the process. win-win.

And this was not supposed to a long review but I have a feeling it will be. *sigh*

A Fostered Love is one of my favorite books. I reread at least twice a year. Jonah and Christian are my onions. And the villain from that book got his own romance novel. I'm still reeling.

Suicidal stalker David just has been released from prison and went back to his hometown of Coleman, Florida. Don't worry, Jonah has got something for him, in the form of Ben Evans, private investigator. Ben is hurting still from his break up, has a foster background of his own and hard life that adds to a mega chip on his shoulder. And though he tries to fight the attraction, David, his case, might the lucky man to break through the tough shell.

At first, I thought David would be up to his old tricks but the author had an excellent handle on him. She showcased the submissive facets of him to a T without going into kink. David isn't misunderstood. The greatest part about him is he knows his illness and he isn't magically cured. He continues to be a work in progress. While working at a local animal shelter, he gets hate from various people in his hometown including his family and a stalker of own.

My, my how the tables have turned, huh David?

I had a level 7 on my Kindle for over a year... *smh* I can only blame myself. I get so easily distracted. What is a level 7? The highest level on the SheReadsALot's Seven Levels of Cray in a Relationship (patent pending)

And not since Landry from Mary Calmes' "Mine" have I met another level seven. I've gotten close with a few and I'm not counting Steter (which is a fucking given when written correctly) or Sterek. And guess what? Not both men from Brokedown Hearts are 7's.

David is maybe a 5

Oh no no no! That honor is bestowed to none other than Mr. Ben Evans.

He was a level 5 when he started all the smelling and non-shifter shifter shit: smelling his "mate" (I'll get to that soon).

Then he hit level 6 when he forced David when he knew David was not mentally stable to handle a sexual relationship. Ben knew the fucking score and did it anyway.

But the piece de resistance to enter him into level 7 upper top echelon? When he stated not once, but multiple times, if David left him, he would kill him. I fucking believed it. And he even admitted it to David in tears, blubbering he's not allowed to leave. But their love is a level of cray that is golden, baby.

We're talking: I'll-fuck-you-TAKE-MY-DICK-it's-the-way-I-love-you-honey-you-just-have-to-learn-okay-you-serve-me-I'll-make-decisions-for-you-let-me-be-the-alpha-and-spit-on-your-bud-and-put-my-dry-dick-in-you. And they fuck for forever, the scenes are sooooooooo long. If anything, the book could've been shaved by 20-30% and it could have started with the sex scenes.

And while I'm rating this Four Stars, there are buckets of moments when I just:

1) Not my first nor last Cameron Dane, but I'll call it like I see it. All of the pretty, purple prose, the "honeyed salt" semen and skin, the "bud" anus, the "ass channel, rear passage, channel, chute, striated muscle", "webbing" and my new least favorite "tail end" which brings to mind tail pipe and all the videos of dudes fucking actual exhaust pipes on cars. (Don't Google search -trust.)

The too sweet words mixed with some solid parts made for some ridiculous sex scenes.

2) Sweden - Um...why even bother with that subplot? Just double eyerolls for all of that. Weak. Who the hell did Ben think he was aside from a non-shifter shifter? A superhero? Batman? Pokemon?

*squints* Why didn't he do that the first time around when he flew out overseas? Probably to make the plot stretch out. :/ Because then there wouldn't have been the 'OMG what the hell is going moment' that is 70% and beyond, hm?

3) Ben Evans - from what the story stated he's 1/2 Swede, 1/4 Native American and 1/4 Cuban. 6'5" of prime alpha human male. At no point in time was any sort of shifter mentioned. This was all contemporary. What was up with all the shifter qualities to him? I was waiting for him to come out of the closet and admit that his big secret wasn't his love of aggressive sex but that he was a full fledged shifter whose species has yet to be determined. A non-shifter shifter.

All he needed what some fangs and a cock that KNOTTED, I swear.

Listen all jokes aside, this couple in real life is not okay. But this is fiction. I get why there are 1 stars all over the place for this novel, it's polarizing and that kind story.

But if Cameron Dane actually made me:

1) sympathize with David (I actually called him sweet, the nutbag)
2) root for his HEA

There was something there, underneath the abundance of sex.

Sweet Cheesus, do they fuck all the time! How did their fuck parts not try to secede from their bodies, I don't know. Maybe that is the true mystery?

And I ate that all up.

To myself...and to Ben Evans. I hope to never meet you in real life. Actually, I wouldn't be afraid because David a level five would be there to keep him in check...with his striated muscle dripping with saliva.

This book definitely helped ease my mood of possessive as fuck alphas. Tenfold.

I am very surprised by some of the negative reviews I’ve read of this book. Because I loved it.

It was a fun, sweet read and the supposedly awful writing didn’t bother me.
Not a lot going on here other than what the blurb says. There is no angst and we get a nice HEA.

I have read tons of terrible books, but this wasn’t really one of them. John carried this whole book. I did not care for the sex scenes so much. Hell, it took me a long time to get that over with (must've been desensitized since I liked A Younger Man so much that I thought I needed a M/F romance at once). But John, John, John... you had just the right amount of sweetness to make me care about your feelings for Kelsie and root for you. Right at the end, when you confessed your love and the lengths you went for it, I just melted. What girl doesn't want that?

One line from you and I am putty in your hands, John McBride. You are one of my fictional boyfriends now. This has been appearing on my feed for a quite a while with high ratings. So, naturally, I wanted to see - I mean, read - this for myself.

And, boy, did it live up to its hype.

The sex was great

The plot was solid and very very touching

I held back just a little bit since the incident with the carrot. Somehow, I wasn't comfortable with that. And that I was constantly reminded that Zane is so much younger than Noah.

I never thought that a story revolving around gay couples would elicit this much feels (besides the hot, hot sex) and connection with the characters from me. I don't usually read gay novels but, maybe this will change that.

I enjoyed this one very much.