Log in with Facebook
or
Wrong email address or username
Sign up
Already on BookLikes? Log in!
Incorrect verification code
Please, check your email, the code to access your BookLikes blog was sent to you already.
Enter code:
« Back Send
back to top
Search tags: Capitalism 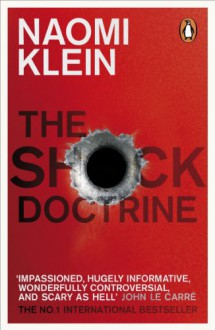 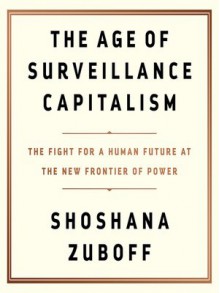 This book is both alarming and exhausting. An important read (or listen), but be prepared for the endless repeating of certain terms the author coins: "Big Other"; Instrumentarianism. Written in an academic style (not that this is a bad thing, but unusual for mass-market books).

review 2019-11-23 00:35
An Economic and Political Staple for All Ages
Capitalism for Democrats - Martin Lowy

Capitalism for Democrats: Why The Country Needs It Now is recommended reading for not just Democrats, but any American who needs a refresher course in what capitalism is, how it operates, and how to preserve its key elements.

Contrary to some popular beliefs, when organized and employed with a careful attention to its tenets, capitalism can be both a moral and ethical force for doing good in the world. Like any system, however, it needs regulation and attention to be sure that its underlying principles are preserved and not subverted or attacked.

Martin Lowy provides a concise primer that goes beyond reviewing the ideals of capitalism to examine the history and influence of business corporation processes and political regulations on capitalism's momentum. He considers the dangers of capitalist finance approaches, examines the history of its accomplishments and future, and analyzes the processes of economic justice in America. He supports these assessments and contentions with statistics and graphs, using them to consider changes in the nature of work and the composition of the workforce, pointing out that the "...fall in the earnings of lower-educated men is not peculiarly American; it has been occurring in many economically advanced nations."

Most importantly, Capitalism for Democrats encourages readers to not only better understand the system's origins, foundations, and processes; but to consider its future purposes with an eye to extending benefits to all under its umbrella: "Even if capitalism has been a major factor in accomplishing the enormous growth of the last two and a half centuries, is it necessary in order to accomplish continued growth of middle class incomes in the future? Or might there be a better system for allocating resources that would benefit a larger share of the population?"

Capitalism for Democrats is a wide-ranging consideration of temporary and permanent features of capitalism and other economic systems that contrasts moral hazards with ethical choice, reflecting on not just the economic organization and impact of capitalism, but its underlying ideals.

Because the title is Capitalism for Democrats, it's a shame to note that other political groups may bypass its important message. Really, the title should be Capitalism for All. It is just that inclusive—and just that important. Its coverage should be basic to American economic and political history collections from the high school level on up, and should be on the reading list of any American concerned about creating the kinds of institutions that ultimately lead to benefits and prosperity for everyone. 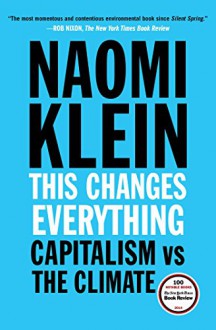 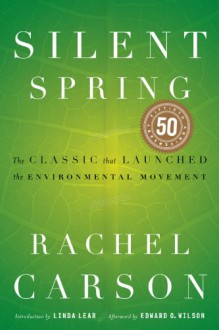 So both books on the science reading list, which means I am seriously striking out with this list. Both were listened to on audiobook, and those narrators did nothing but add to the misery of listening to the writing of these books.

Naomi Klein can't write a damn narrative to save her life but she can nag and nag for up to 80+ minutes at a given time. There was some good info given in between the nag sessions, but the first chapter was over 80 minutes and was just the prologue. She is too damn long-winded and can't seem to end a point. And from what it sounded like when I listened to the narrator, Klein must use a WHOLE LOT of EXCLAMATION POINTS!!!!!!!

Rachel Carson's writing is way too flowery, so the science gets lost. There is little to no narrative, just scene after scene describing the landscape and then a dystopian nightmare of dead insects and birds due to chemical spraying. It was just repetitive. The narrator read the book as if she was reading a lullaby or cozy mystery, with little to no variation in her tone. It was a great way to fall asleep....but I don't need help falling asleep. 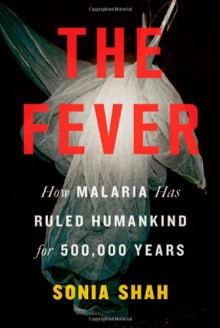 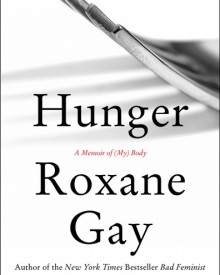 This is the first weekend in the last two months I don't have anything scheduled. So a reading binge in very much overdue. Yesterday, I started The Fever: How Malaria Has Ruled Humankind for 500,000 Years by Sonia Shah for my science reading list. I plan to finish that one and at least start on Hunger: A Memoir of (My) Body by Roxane Gay, clearing up the last of my library loans. I have This Changes Everything: Capitalism vs. The Climate by Naomi Klein on audio to listen while writing the nine book reviews left standing. I don't know why, but I am still not at all interested in reading fiction.

Next week is devoted to finishing anything and everything so I have a clean slate for next weekend's Dewey read-a-thon.