Log in with Facebook
or
Wrong email address or username
Sign up
Already on BookLikes? Log in!
Incorrect verification code
Please, check your email, the code to access your BookLikes blog was sent to you already.
Enter code:
« Back Send
back to top
Search tags: Contempory-Romance 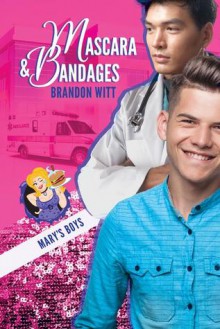 Ariel Merman is a new drag queen who’s already finding a family at Hamburger Mary’s. After a performance as Ariel, Zachary Cooper walks home in his makeup and is assaulted by homophobes. Zachary’s worry that the attack has thrown a wrench in his good fortune is eased when he looks into the eyes of his doctor.

Dr. Teegan Chau is a little lost after divorcing his wife and coming out of the closet, but he can’t deny the pull he feels toward the young man he patches up. Luckily, Zachary takes the initiative and asks Teegan out. But attraction is the easy part of their blossoming relationship—as they deal with an ex-wife and child, being a drag queen in a heteronormative culture, Zachary’s lingering trauma from his attack, and Teegan acclimating to life as part of an out-and-proud gay couple.

The challenges seem daunting at the start of a romance. Can Zachary and Teegan make it through the rough patches and take a chance on the love that’s been missing from both their lives?

Zachary's and Teegan's romance is wonderful. They feel an attraction right away and it slowly burns as Zachary recovers from a bashing.

Zachary struggles with some self esteem issues as a femme male as a victim of a violent crime. Teegan is dating for the first time.

They really really like each other and it is great to see.

The setting at Mary's and the bookstore is awesome. Teegan's steadfast courtship is sexy.

The circle of friends remains great as does the dealing with the intersection of gender and culture and romance.

I wish the heat factor was a little more as these heroes deserve more sexy times but it was a lovely read. 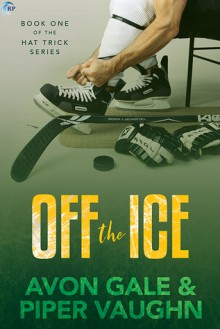 Tristan Holt is nothing if not pragmatic. Despite a flourishing career as a defenseman for the Atlanta Venom, Tristan knows he can’t play hockey forever. One day he’ll retire — if an injury doesn’t force him to hang up his skates first. His backup plan? Finishing his business degree. But he doesn’t count on a very inappropriate attraction to his standoffish sociology professor, Sebastian Cruz.

Sebastian is on the bottom rung of the Sociology Department at Georgia State. He has his sights set on tenure, and he can’t afford to be distracted, especially not by a sexy student with a body straight out of Sebastian’s dreams. No matter how much Tristan tempts him, that’s one line Sebastian won’t cross. At least not until summer classes end. After that, everything is fair game.

But Sebastian lives loud and proud, and Tristan is terrified of being the first out player in the NHL. Neither of them can afford to risk their hearts when they can’t imagine a happily ever after. The problem is, unlike hockey, when it comes to love, there are no rules.

I love a good hockey romance and this is a very enjoyable read. My favorite parts were how thoughtful Tristen, self determined, and how he navigated his coming out.

Seb is less likable but that is okay. I get why Tristen likes him so much and he is an intersting character. I do wish that professor would show up in books as more empathic than they are often portrayed.

This is a solid love story with some sweet and super hot moments. 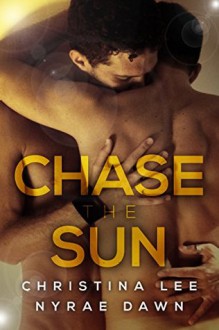 Jamie Tolland has only ever known his small Oregon town. Same job, same friends, same gay bar. He feels obligated to stay, especially as his mother’s illness progresses. But when a situation presents itself in the form of a vintage sports car, he jumps on the chance to not only repair it, but also drive it to its new owner in LA.

Conner Murphy left Oregon years ago to make his life in West Hollywood. Like his unconventional parents, he’s always been a free spirit, never settling on one job or girl for too long. When he inherits his late uncle’s classic Chevelle, he’s more than happy to let his childhood friend Jamie help.

Jamie and Conner are as different as night and day. Even after years of living apart, they still have a blast together—but now it’s mixed with an undeniable spark of attraction. Before they know it, they can’t keep their hands off each other. For Conner it’s all new and exciting, but Jamie isn’t the type of guy who takes this sort of intimacy lightly.

Conner soon realizes that Jamie quenches something deep inside of him that no one has before, but he doesn’t know how to handle a real relationship. As Jamie’s time in LA comes to an end, and the more they struggle to get on the same page about their feelings, the more Jamie realizes that trying to tie Conner down is as futile as capturing the sun.

Watching Conner and Jamie fall in a love is a joy. They were friends as kids and while Conner has never been with a man he has always had an open sexuality.

Jamie leaves his small town and gets to experience LA. This book is a little love note to Los Angles which is always a treat because it is a great unrated city.

Conner is open hearted and kind and sunny but he has layers and complexities. The family lives of our heroes add textures to this love story as do the circle of friends.

Then, we get s pretty sweet romantic gesture to send us on your HEA way. 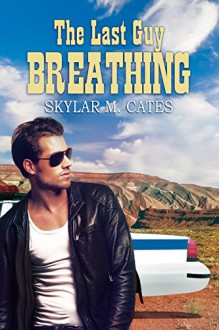 Henry Clueley doesn’t want to be in Glamour, not after moving far away to overcome a difficult, if privileged, childhood. He’s no longer that pudgy kid desperate to escape his hometown, but it still holds painful memories. When his recently widowed mother needs him, however, “dependable Henry” does the right thing—even if it means leaving the IRS to take a boring corporate position. Things don't stay boring for long. Soon Henry helps the local sheriff’s department unravel a crime. Posing as half of a fake couple seems like a fun idea... until Henry learns he already knows the deputy playing his other half.

Deputy Locke may be new to the Glamour Sheriff’s Department, but he’s fought his way up in the world and is determined to make a good impression. He keeps his private life quiet, even from his beloved younger brother. Locke knows better than most the need to protect what’s his.

Henry resents the arrogant, gorgeous cop, and Locke thinks Henry is sheltered and spoiled. Their secret and steamy encounter only adds to the animosity. As they join forces, Henry thinks a relationship with Locke would be catastrophic, but the white-hot passion between them makes it hard to resist.

I am very much enjoying this series. We Met Henry in earlier books and it is nice to see him get his happily ever after.

Locke is a bit of a jerk. He stays pretty locked down and judgemental for a bit too long. Henry also assumes too much.

But the pretend romance is fun and the lack of drama around it turning into more is nice. I like watching Henry become more of who he is and Locke taking emotionial risks. 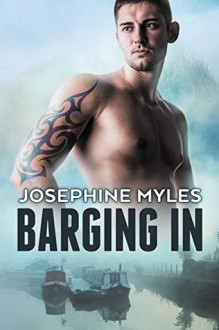 When the boat’s a rockin’, don’t come knockin’!

Out-and-proud travel writer Dan Taylor is a city boy who can’t steer a boat to save his life, but that doesn’t stop him from heading into the English countryside to write up a narrowboat holiday. Compared to London, the canal seems dull as ditchwater. Until he crashes into the boat of a half-naked, tattooed man whose bad-boy, penniless appearance doesn’t fit with his posh accent. Dan is intrigued, and he always gets his man.

Still smarting from a past betrayal, Robin Hamilton is firmly closeted in his narrowboat—his refuge from outrageous, provocative men like Dan. But as circumstances keep throwing them together, he can’t help himself from coming to the hopelessly out-of-place city boy’s rescue. Exposure to Dan’s sunny charm starts to melt Robin’s resolve and he’s tempted by the idea of a brief, harmless fling.

After all, in less than a week, Dan will have left the canal and be back to his diet of casual hook-ups and friends with benefits.

Determined not to fall in love, both men dive into one week of indulgence…only to find themselves swept away by a current of escalating intimacy and emotional intensity. Troubled waters they didn’t anticipate… and haven’t a clue how to navigate.

Sigh. This book should have worked for me. It has a great setting on the canal systems of contemporary Britain, It explores a subculture of those living on the waterways. It even has a cat.

But I never warmed up to Dan. I don't love man whores who treat their partner's as objects and I just couldn't get past his arrogance.

I bought the heat between him and Robin though and it is very hot. Myles always writes a decent book but by the time we came to understand Robin's history I had lost interest and no matter the grand gesture didn't really root for this couple.