Log in with Facebook
or
Wrong email address or username
Sign up
Already on BookLikes? Log in!
Incorrect verification code
Please, check your email, the code to access your BookLikes blog was sent to you already.
Enter code:
« Back Send
back to top
Search tags: Daphne-du-Maurier 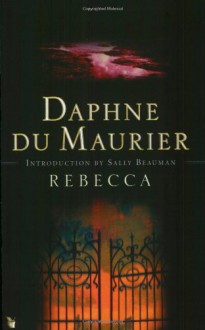 This is a Classic written in 1938 that has the poetic feeling of stories written in the Victorian and Edwardian eras. The story starts out with a tone of remembrance about a place called Manderley. You can hear a sadness in the 'voice' of the first person narrator, even without knowing anything about the person whose memories we're about to experience. We are never given her first name, but she soon becomes known as the second Mrs. de Winter.

In some ways the first couple of chapters seemed a little slow and I found it hard to identify with the main character, who is far too shy and self-deprecating. Yet I found myself being drawn in to her story and although I thought Max de Winter was a real beast to her, I approved of the choice she made and in the same circumstances, I'm sure I would have done the same thing. She did love him after all, despite his gruff ways, and choices for women in that time were very limited. I might well have strangled her employer.

I wasn't quite halfway through when I noticed hints that certain assumptions about things at Manderley might not be as they seemed. What unfolded had some real surprises in store.

I couldn't identify with the second Mrs. de Winter at all, yet I found myself drawn into the story and wanting to see what happened. Her mental scenarios of how things might turn against her became silly and there were times I wanted to slap her and tell her to do something other than what she was doing. My biggest complaint would be the ending. If this book had been published recently, I would expect a sequel to tell me what happened after the ending events. A lot of questions about what would follow were left unanswered. Other people have tried writing sequels, but they haven't caught my interest.

I'm giving this 4 stars because the quality of the writing is superb, but in fact I didn't like any of the characters. I do have to admit that they were well defined though, and I will probably read more of DuMaurier because of the quality of her writing.

I´m calling it quits. The story isn´t an interesting one, the characters feel like they are made out of cardboard and I´m not interested in them at all, I don´t like the writing (the beginning has been written by Arthur Quiller-Couch and I just don´t enjoy his writing style) and this novel is just so boring,

Whiddling down my TBR #1 successfully completed = 62 books remain on my fiction TBR.

Well, this is not off to a good start.

There are three pages of a prologue and I unabashedly admit that I haven´t understood a single word of what was happening in the prologue. There´s a birth in a forge situated near Castle Dor and the doctor, instead of helping the poor woman to deliver the child, is sitting on an earth mound in front of the castle and he is thinking things ... or has premonitions ... or some such. I don´t know. This was really confusing, tbh.

Other than that I haven´t gotten a feel for the story and characters just yet. But a young woman meeting a young guy, while being married to an old dude, lends itself to some serious drama. 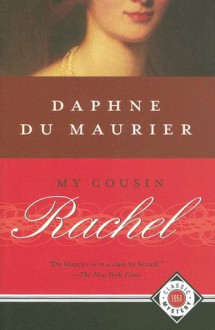 Considered by some to be Daphne Du Maurier's most feminist novel, "My Cousin Rachel" follows the story of wealthy orphan Philip Ashley, and his two cousins - Ambrose and Rachel.
Due to health, Ambrose spends his winters in warmer climates, leaving his cousin (young adult, Philip) in charge of his vast estate. While in Italy Ambrose falls in love with and marries Rachel, but letters sent home suggest that Rachel may be trying to poison Ambrose. Philip heads to Florence only to discover Ambrose is dead and Rachel has gone.
Rachel arrives in the Cornish estate soon after Philip's return. She appears to be a lovely woman, cultured, intelligent and unlike the few women Philip has encountered. She overcomes his anger at Ambrose's death with her intriguing gentleness and Philip finds himself falling in love with her.
The tension comes from not knowing whether Rachel is manipulating Philip or Philip is misinterpreting her words and actions. In many ways it's a tragic love story, while in other ways it's a story about a woman trying to negotiate her way in a world determined to misunderstand and control her. I enjoyed it very much. 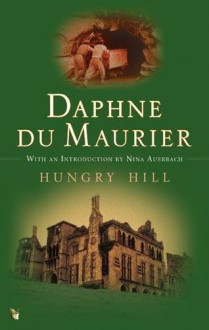