Log in with Facebook
or
Wrong email address or username
Sign up
Already on BookLikes? Log in!
Incorrect verification code
Please, check your email, the code to access your BookLikes blog was sent to you already.
Enter code:
« Back Send
back to top
Search tags: David-Bernstein 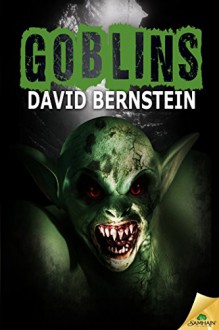 Jacob is an ordinary kid with nothing more important on his mind than how well he'll play in a local baseball game, until he runs into the woods to retrieve a ball. When he doesn't return, his coach goes to search and finds disturbing evidence of a struggle that leads him to bring in the police.

This was a predictable story and the author digressed into individual character back stories too much in the early chapters. The writing itself was engaging and kept the story moving forward despite the sidetracks. There is some pretty gross graphic violence and disturbing themes like dealing with kidnapped and murdered children.

The one thing that began to make me lose interest was the mixed mythology, equating the goblin world with Satan and Hell. If you want an evil goblin king, fine. If you want to write about Satan, fine. But they come from different cultural beliefs so mixing them just dilutes the horror. Goblin mythology leaves a lot of room for imagination so why fall back on common Hell tropes?

The violence goes well into the gratuitous at times and by the ninth chapter the believability was developing a serious wobble. It also became repetitive with the goblin attacks following the same pattern every time. It was fairly engaging in the early chapters, but became tedious as the pages moved on. The ending was a good twist though. I hope it's left as it is and not a jump off for a sequel. 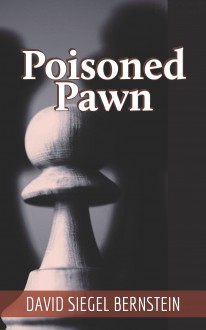 Independent reviewer for Archaeolibrarian, I was gifted my copy of this book. I am struggling with my review for this one, and I have no idea if any of this will make sense you, since I'm struggling to make sense of the book. Positives: It's well written. I saw no spelling or editing errors. It plays well with the Sherlock Holmes and the characters all to do with him, the good and the bad. There is a huge supporting cast of well rounded and developed characters, that fit in, in all the right places. It's very different to my usual reads. I DID like the twist that I did not see coming, not in the slightest! And I finished it! Negatives (for me): Single person point of view, in the first person. And I have not a single clue about what was the point of the whole book! I kept on reading, since I thought *something* will make sense soon. Something will give me a sign what the whole point of this tale is. And I got nothing. Nada. Zip. Zilch. Zero clue. There is an EXTREMELY tangled web within the book, and I tried to keep up, I really did, but I got lost somewhere around a key player's murder. I can see HOW everything came together, I just can't see WHY, you know? Maybe it was just a little TOO far out of my corfort zone, although, pre-kindle days, crime/thriller/police books were my main stay, so I don't know! Will I read anything else by this author? Probably not, no. Someone will be fully engrossed in the book and it will make total sense to them, but for me? Sorry. 3 stars, since what I read WAS well written, and I DID finish it. **same worded review will appear elsewhere**
crime thriller military police dudes not sure i liked it single person point of view first person point of view 2020 reads archaeolibrarian 2020 3 star reads 2020
Like Reblog Comment
show activity (+)

Caleb Jacobs is a man with a past. After serving on a failed dark ops assignment in Afghanistan, he leaves Marine Corps Intelligence to try to build a new life in Philadelphia as a homicide police detective.

Jacobs is happy, for a time, until he is assigned to solve the murder of Shannon Faraday. During the investigation, he is convinced the evidence points to him as the killer. He knows it is only a matter of time before other investigators see the same. He has no alibi and the clock is counting down.

Behind his partner’s back, Jacobs hires a private investigator named Lawrence Holmes. The PI is an irritation to the police, but he is unmistakably brilliant. And, many powerful people in the city owe him favors. Holmes is a bit odd. He insists on calling Jacobs Watson but claims to never have heard the name Sherlock. Jacobs can live with this kind of crazy as long as together they find the real killer.

They quickly link the murder to a series of seemingly unrelated crimes occurring throughout Philadelphia, and Jacobs becomes convinced the murder is related to the truth of what had happened during his time in Afghanistan. Old secrets have come back to haunt him. 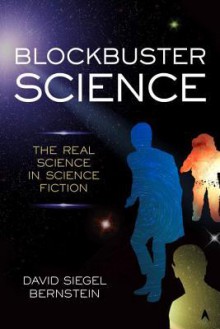 Blockbuster Science was a neat concept. As someone who loves hard science fiction, I couldn’t wait to get my hands on it. It explores everything from Theory of Relativity, to String Theory, to Black Holes and everything in between. The chapters are short, kept as light-hearted as possible while still being informative, and obviously written by someone who truly loves science and science fiction.

I feel like Blockbuster Science would have been better as a coffee table book.

Yes, I think pretty pictures would have helped it out a lot.

It had very few photos, and most of what it did have were simple yet boring ones that we’ve all probably seen in some form several times before.

While I did genuinely enjoy reading several of the chapters, I found myself beset by the thought that I wasn’t really the right person for this book. Everything in Blockbuster Science was either something I’d read (lots) before, or something that went so completely over my head I could barely get a glimpse of it’s rear before it was out of sight. I picked this book up and put it back down several times before I actually got around to finishing it. It was never a bad book, it just felt unfinished/rough.

This is a science book for someone who doesn’t really want to science but like science at the same time. And while that sounds like it would be a really cool book in theory, in actuality, it just felt a bit off. Like it couldn’t quite figure out what it wanted to be. I think a pared down version, using (color) photographs and/or illustrations would have been able to hold my attention better. (Disclaimer from me: I’m the type of girl who likes to read Nat Geo and Discovery books about science for kids.)

One of the times when its easy to celebrate exactly how neat science is when you’re learning it in context of a great story. Its easy to see science as ‘the cool bits’, and much of that science is – indeed – awesome! However, to take the cool bits and talk about them in a way that keeps a casual reader (or viewer’s attention) requires a certain way with words and a charisma that few have. As it is, Blockbuster Science feels a bit text-bookish, with pop-culture references that are fun but don’t really do enough to keep the momentum of fun + educational going.

Blockbuster Science had a lot going for it, and the information contained within it is very interesting. However, it neither fails or succeeds spectacularly and left me, as a reader, vaguely frustrated because I felt like it could have been so much better than it was.

Disclaimer: I received a copy of this book from the publisher for review consideration.
Like Reblog Comment 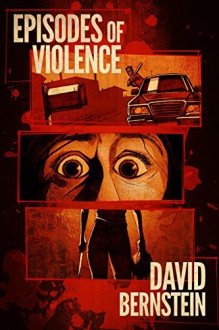