Log in with Facebook
or
Wrong email address or username
Sign up
Already on BookLikes? Log in!
Incorrect verification code
Please, check your email, the code to access your BookLikes blog was sent to you already.
Enter code:
« Back Send
back to top
Search tags: crime-thriller 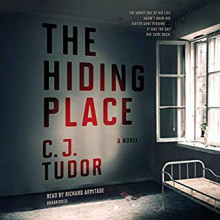 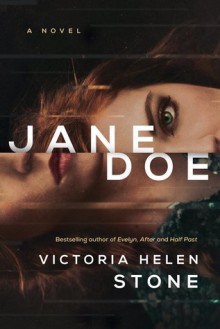 Every time I get a book without realizing it’s written in present tense, I make a disgusted noise and tell myself I’m going to read samples from now on. But then it happens again, so basically I’m a lying liar who lies. To myself. On a monthly basis.

This time, though, I’m not even mildly irritated. This book was one hell of a reading slump remedy. It took me weeks to get through my previous book. I bought this on impulse and burned through it in two days, something I haven’t been able to do since pandemic anxiety sent my ability to focus on an extended holiday.

Freaking yay for sociopaths out for revenge! Jane is a fascinating character. She’s not the stereotypical Hollywood sociopath. She didn’t spend her childhood carving up the neighborhood pets before moving on to larger prey. She isn’t a master tactician whose every plan goes off without a hitch. And thank goodness, or this book wouldn’t have been nearly as engrossing. She’s impulsive, she makes mistakes, and that’s half the fun for her. And for me, too. 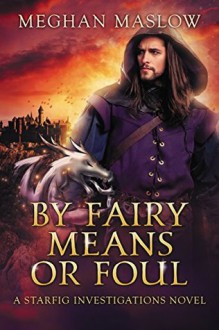 Independent reviewer for Gay Romance Reviews, I was gifted my copy of this book. So, cute! Really a rather amusing read, not laugh out loud funny, but one of those that kept me chuckling at random points long the way. Twig is half dragon, half fairy and cannot shift. Quinn is traded (yes, traded) with Twig as payment for services to find the unicorn's horn. Quinn thought he was a wizard, but failed the last test to find a familiar, and was bought by said unicorn as a slave. Twig and Quinn must work together to find the horn, but also to find themselves. I liked this, a lot. It is busy though! Lots going on, lots of side characters, and lots and lots of action! I got a bit concerned when zombies were mentioned! Usually I steer clear of book that mention the Z word in the blurb and I must have missed it in this one, but the zombies here are only on page long enough to be . . destroyed . . by someone(spoilers, don't ya know!), so I didn't have to worry about them too much. I liked all the twists that were thrown at Twig and Quinn. The shifting, or not as the case may be for Twig. The wizard thing for Quinn. What I didn't like was how FAST the book moved. There was no let up, once Quinn and Twig were off after the horn, not one! It was one thing after another and another and they had no time to process what happened at each encounter before moving on to the next. I also didn't like we didn't get to hear from Quinn. Yes I knw that might have given some things away way before they were literally thrown at us, but still. I wanted to know about what the unicorn had done to Quinn, it is hinted at, and then . . left. So while you can put the pieces together, I still wanted to hear it from Quinn, you know?? A fun read, just far too fast moving, and I wanted a page or three to catch up! 4 good solid stars **same worded review will appear elsewhere**
romance paranormal Dragons crime thriller male male magic themed kinda creeps up on ya single person point of view first person point of view 2020 reads 4 star reads 2020 grr 2020
Like Reblog Comment 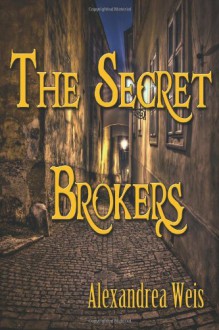 Independent reviewer for Archaeolibrarian, I was gifted my copy of this book. For the most, I did enjoy this. Couple of things let it down, for ME, and I'll enplain shortly. Dallas is called up by an acqaintance, is best to describe him, to cash in on a favour owned. Someone needs protecting, and the acquaintance needs something from this someone to keep her safe. There follows a lot of double crossing, back stabbing and general underhandedness you would expect from an organised crime boss, and an organisation that walks under the radar of most things. From what I can gather, this is actually a spin off from another series, The Nicci Beauvior series and Dallas plays a huge part in the 2nd and 3rd book in that series. Some reviewers of THIS have said you should read THOSE books to get the full picture of what Dallas went through, and how he came to where he is now. Personally, I don't think it's really necessary. There is enough recapped and retold here, for you to get the picture, or for ME anyway, to get enough of the picture to fill in the gaps and for this story to flow. I was a little concerned at first that this would be a bit too complicated for my addled brain (April 2020, you get my drift?) to cope with, but it's good. There is a good, intriguing plot to follow, but it's not ever so complex that you have to concentrate too hard on, you know? It's ENOUGH to make you think, to excerise the grey matter, and just enough to keep you engaged til the end. What let it down for ME were two things. Only Dallas has a say. I would like to have heard from Gwen, the someone who Dallas is called to keep safe. I get maybe some of the plotline would be given away, yes, but still I wanted to hear from her, and (job aside) what she thought of Dallas and what leads her to make the offer she does. And Dallas himself was very . . standoffish? . .maybe not quite the right word, but I struggled to connect with Dallas, made more difficult because only his voice is heard. Had Gwen had a say, I could have coped better, or maybe connected earlier, with Dallas. I LOVED Cleveland and Stokes, two of Dallas' operatives. Their banter has, I'm sure, far deeper roots and far further reaching branches, than is currently showing. A very engaging 4 stars **same worded review will appear elsewhere**
Contemporary crime thriller darker grittier military police dudes single person point of view 2020 reads 4 star reads 2020 archaeolibrarian 2020
Like Reblog Comment 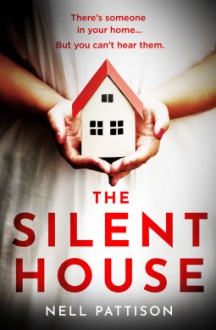 ***I received a free copy of this book via NetGalley in exchange for an honest review. Thank you NetGalley and Avon Books!***

There are not many books out there that feature main characters who are deaf or hearing impaired. That is what initially drew me to this book. I took a few years of American Sign Language in my younger years and had interest in becoming an interpreter at one point, so I spent a lot of time within the community. It’s a completely unique perspective on the world so I was interested to see a murder mystery done from this viewpoint.

The author did not disappoint. It was very apparent that she is highly familiar with the deaf and hearing impaired community. She is aware of how the community is viewed in society and the ways that people believe they might be helping butthey are actually hindering communication. I was very impressed with how well the author translated those ideas into the book..

The story was also very well told and nicely paced. I enjoyed the alternate viewpoints of various suspects prior to the murder followed by some chapters in the present with the investigation. This helped me to start coming to some conclusions about what I thought happened, while progressing with the investigation too. All of the suspects were given plausible reasons for why they could have been the murderer. Frankly, even though I had my own idea about who it was, I would have found any of the suspects believable if I had been wrong. I did end up guessing the murderer correctly, but not the twist. That shook me. I was stunned. I stayed up far later than my bedtime to finish the book because I had to know the rest. That’s how much it shocked me.

The only flaw with the story is that I felt we paid too much attention to Paige personally. Following her difficulties with men and her personal struggles with the investigation hindered the rest of the story at certain points.

Overall it was an engaging story that is told from a unique perspective. I loved it.