Log in with Facebook
or
Wrong email address or username
Sign up
Already on BookLikes? Log in!
Incorrect verification code
Please, check your email, the code to access your BookLikes blog was sent to you already.
Enter code:
« Back Send
back to top
Search tags: Josh-Lanyon 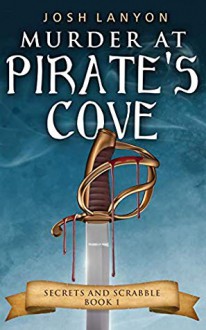 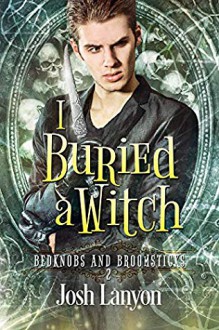 As with Mainly by Moonlight, I wrestled with rating this book. I may do a full review later on, but for now here's a quick and dirty list of what worked for me and what didn't.  Some spoilers below.

Likes:
- Cosmo - he's a kindhearted witch with a bright personality and an interesting voice. I adored him and want to see him get the happily ever after he deserves.
- When Cosmo acknowledges that his marriage to John isn't one of equals. I loved when he finally stands up for himself instead of letting John steamroll him (more on that below).
- Josh Lanyon's writing, which sucked me in. I read I Buried a Witch in one sitting and can't believe how fast the pages flew by.

Dislikes:
- John. He's judgmental, unyielding, domineering, and occasionally condescending toward Cosmo.
- Cosmo ceding all the power in their relationship because he's afraid of losing John.
- The foundations of the romance were shaky to begin with and the more I saw of John the more the fine cracks in the romance developed into dangerous faults. A non-spoiler example: John decides they're going to put a pool in the backyard. Cosmo objects because he's terrified of water. Rather than asking him why or showing any interest in his feelings at all, John dismisses Cosmo and declares they're getting a pool and he wants Cosmo to deal with the contractor.
- I hated that - since this is a romance - it seemed to me like Cosmo would be better off without John. The fact that in one scene he's actually physically afraid of him? No matter that the fear is short-lived, this is a huge red flag for me.
- I loved that Cosmo acknowledges the faults in their relationship and starts to stand up for himself, but it felt like he forgave John quickly with so little give on John's part.
- John's version of compromise at the end made me feel even more unsettled about their future; I feel like he hasn't really changed and he still doesn't accept who Cosmo is.

Neutral:
- The mystery involving who was murdering Wiccans was interesting, if understated
- The ongoing mystery plus some witch politics are also interesting (I know I keep using that word, but it really fits this story and it's part of why I rated it as high as I did), but there are a lot of threads to be tied up in the third book. I'm looking forward to seeing what happens.

All in all, I Buried a Witch is an engaging second installment to the Bedknobs and Broomsticks series. Josh Lanyon's writing is as addictive as ever (which bumped this rating up one star for me), but as this really feels like part 2 of 3 of a larger book, I'm waiting to see what happens in Bell, Book and Scandal before I can decide how I feel about Cosmo's journey as a whole. The fact that the romance is so deeply flawed is interesting, so long as the love story is ultimately resolved in a satisfying manner. I'm optimistic and I hope Cosmo comes into his own and John becomes a husband worthy of him. 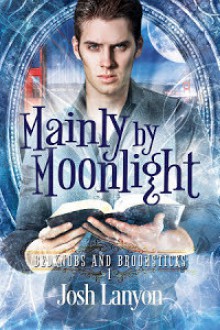 Mainly by Moonlight is a book that’s hard for me to rate. I really enjoyed reading it and didn’t want to put it down. I *adored* Cosmo and wanted to see him get the HEA he yearned for.

However, I can’t deny there were *a lot* of little niggling issues I had with the story, the world building, the romance, and some of the characters. (And yes, I’m taking into account this is really 1/3 of a larger story). Little things here and there really pile up.

So I’m vacillating wildly on this rating. My heart says 4 stars, but my brain strongly objects and won’t let all those little issues go. 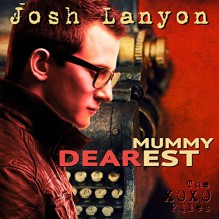 narrated by Sean Crisden another one of my favorite narrators. It's been a while since I enjoyed a Josh Lanyon story and I really enjoyed this one so for me it was an easy choice to enjoy this story again while I was organizing some of my computer files. 'Mummy Dearest' was slated to be the first book in Josh Lanyon's 'XOXO' series and while nothing more has been released since this one, 'Mummy Dearest' is able to stand on it's own as an enjoyable short story.

With Sean Crisden as always providing an enjoyable narration that adds depth and interest to the characters and the story this one works really well as an entertaining and enjoyable way to pass an afternoon and if you like a touch of humor in your stories this one hits the mark in that department as well.

Definitely recommended for a short, fun listen when you've got a couple of hours to fill. 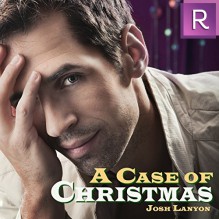 This one was probably closer to 3.5 stars rounded down. I love Josh Lanyon stories and while I maybe didn't love this one quite as much as I've loved some others it was still an enjoyable story narrated by Derrick McClain who does a rather enjoyable job of adding depth and emotion to this story and overall making it just a touch more enjoyable for the listener.