Log in with Facebook
or
Wrong email address or username
Sign up
Already on BookLikes? Log in!
Incorrect verification code
Please, check your email, the code to access your BookLikes blog was sent to you already.
Enter code:
« Back Send
back to top
Search tags: Libya 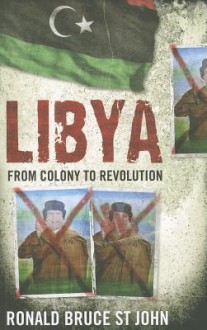 This is a useful account of Libya's history from ancient times to the 2011 revolution. However, it is written without passion and without really confronting the contentious issues, as though there is just the one way to see history and that way fits the conformist narrative of the western media.

It is not immediately obvious why there should be such lasting anger over the behaviour of Italian colonists in Libya, or how the Qaddafi regime could switch so rapidly from being demonised in Europe and the US to being celebrated and back again. It covers in some detail Qaddafi's contributions to the complex economic and political affiliations between Arab states, and between African states, without seriously locating these processes in the context of imperialism and post-colonialism, which at one point it suggests are not actually that important. It lists plenty of events connecting Libya with terrorism without really finding space to examine the reasoning for that nor the Western responses, other than to mention many times and yet not seriously explain and discuss the importance of economic sanctions. It talks about people smuggling through Libya towards Europe without properly describing the infrastructure of that modern slave trade.

It closes with a bland assumption that Qaddafi will continue in power indefinitely, then adds as a postscript an additional chapter on the unexpected revolution that toppled him, which is again a very decent and civilised process undoubtedly leading to something better for everyone involved. Except we know that is not what has happened since 2011. Although many strands of internal and exiled opposition are again listed, I never felt that I was hearing enough about their motivation or objectives. I just don't really accept that the Libyan revolution represented a mass appeal among the people for a return to the benign and uncontroversial values of Western liberal democracy. There is enough information in the book to provide a context in which to locate the deeper issues but it would be preferable to have a history that examined them, not in order to agree with or endorse a radical perspective of any kind, but in order to acknowledge their real significance. We have no real idea how the future will work out for Libya and it would be better to accept that by looking at the complexity and trying to understand the complexity, rather than conclude, as this book does (twice) that all will turn out for the best.
Like Reblog Comment
show activity (+) 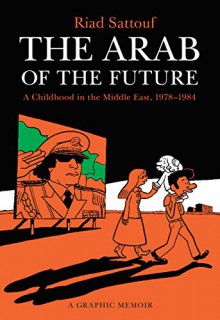 This was another one of those random grabs off the graphic novel shelf of my local library branch. Then a few weeks ago it turned up on the top 1o list of graphic novels or manga that have stuck with you of a friend whose opinion I really trust ...so I guess it was time for me to read this.
Read more
france Syria graphic-novel Libya
Like Reblog Comment
show activity (+)