Log in with Facebook
or
Wrong email address or username
Sign up
Already on BookLikes? Log in!
Incorrect verification code
Please, check your email, the code to access your BookLikes blog was sent to you already.
Enter code:
« Back Send
back to top
Search tags: Rosamund-Hodge 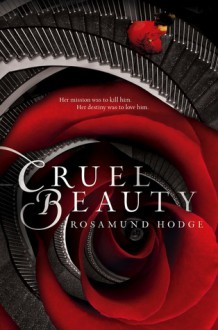 If you're looking for a delicious, wicked anti-villain in a romance plot, look no further. This was pure book candy, and I ate it up.
Like Reblog Comment 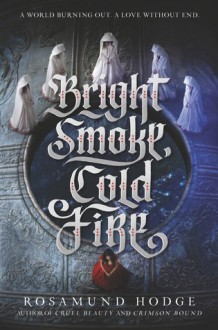 [I received a copy of this book through Edelweiss.]

Hmm, not sure about this one. It’s a retelling of ‘Romeo & Juliet’, in a city that is the last one standing while the rest of the world has been invaded by ‘zombies’, where three families share the power, and where the religious order of the Sisters of Thorn has to perform yearly blood sacrifices in order to keep the undead at bay. It has a mysterious plague that makes people rise again after their death if precautions aren’t taken, and in that city, ‘the Juliet’ is actually a warrior bred from birth through magic rituals, with the ability to sense if someone has shed her family’s blood, and the compulsion to avenge said family member in turn (in other words, she still does a few other things than feigning death, thinking Romeo is dead, and promptly killing herself in turn). Also, she’s doomed to turn mad at some point

All in all, why not? This was interesting. The story itself, though, was kind of confusing, and although it did end up making sense, there were quite a few things I would’ve seen developed more in depth. Such as the Night Games, or the Necromancer (who kind of turned up at the awkward moment), or the Romeo/Paris/Vai trio relationship.

I’m not sure about the characters. I sort of liked the Juliet? Because she had that idea that ‘I’m already dead, and Romeo is dead, so I don’t care about dying because it means I can see him again’, yet at the same time she was quite lively and determined and not actively trying to take her own life while moping; her story is also rather sad (stripped of her name/real identity in a family whose beliefs in the afterlife involve having a name in order to be saved... nice). Romeo, though, was kind of stupid, and Paris way too naive; of the power trio there, the one I definitely liked was Vai (with a twist that was a bit predictable, but eh, he was fun to read about, and I totally agreed with the way he envisioned problems and how to tackle them!). As for Runajo... I don’t know. Determined, too, yet there were several moments when I thought her decisions should have her get killed or cast out or something, and she wasn’t because Plot Device.

(And very, very minor thing that probably only peeved me because I’m French, but... ‘Catresou’ sounds just so damn weird. I kept reading and ‘hearing’ that name as a French name, which sounds exactly like ‘quatre sous’—that’s like ‘four pence’—aaaand... Yep, so bizarre.)

Conclusion: 2.5 stars. To be fair, I liked the world depicted here in general, and that this retelling is sufficiently removed from R & J as to stand by itself; however, it was probably too ambitious for one volume, and ended up confusing.

Major negative for me: rehashing details over and over.

The MC has some seriously crazy personality disorder going on. I love him, no I hate him, no I love that one, no I hate that one, I will never betray him, oh I need to betray him, I love my sister, I hate my sister, hate/love flick flick flick flick the dark lord is my enemy, love, enemy , love.... Her failing poetic inner dialog ramblings rehashed over and over Omg save me from this woman ! AUGGHHHHHHH.......AGRUHHHHHHHHHHHHH ! (phew) That felt good. It's amazing what running down the street screaming at the top of your lungs will do will a soul. I know there are many who enjoyed this but this MC hit almost every one of my "oh hell no" buttons.

I didn't like it at all. I had hope early on but found too many of my pet peeves to find a happy place. This is not the author for me obviously.

Oh this sister is such an arsehole too ! I hate her name, her whining, her manipulation. Is there one decent character in this ?

I can't believe I'm still listening /reading this, it has so many things I can't stand going on