Log in with Facebook
or
Wrong email address or username
Sign up
Already on BookLikes? Log in!
Incorrect verification code
Please, check your email, the code to access your BookLikes blog was sent to you already.
Enter code:
« Back Send
back to top
Search tags: SHATTERED-SEA 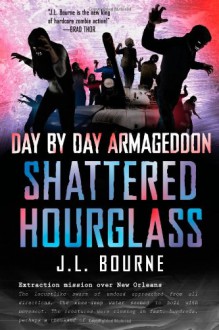 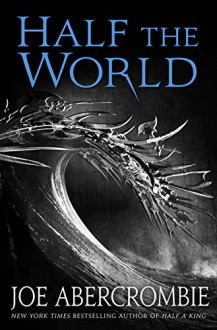 Joe Abercrombie's talent is to make an experience so real that you feel you're there.

He turns an incident when a boat, being portered over a mountain, slips its ropes and must be held fast by an exceptionally strong man a great personal cost, into something filled with tension and pain and sweat and stoic selfless bravery that bypasses analysis and hits your emotions like an injection of adrenalin to the heart Interesting... so crankypants' issue with magic wielders stems from the late queen's parents' treatment of him.

The adventure in this incident involves a discovery of bones, an old betrayal, and... I can't help but wonder though if perhaps things still managed to be misread. It was centuries in the past though,

Amusing part - h asking her cousin to put in a word for the H so he could be assigned a position closer so she could have sex with him. Rather blunt there. But then, this story was unusually blunt. I suppose it's fitting that this H uttered a curse or two. 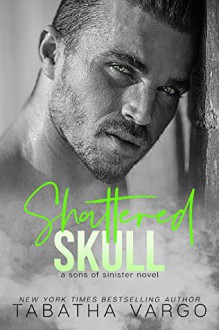 Let's start off off by saying this was a brand new author for us and if I am being honest I started out thinking maybe that this was not my kind of read but, boy was I so wrong.

The story was filled with messed up and broken characters and some of their lives were messier than others one reeling from pain and loss and anxiety all the while feeling loss and broken and then you have the bad boy who straddles the line of no return but, deep down is a kind and caring soul with and overprotective nature.

This story was heart felt and emotional and one that had main characters that we easy to love and we loved getting to know the rest of the characters as well some deadly other teasers but, one thing for sure is they had each others backs .I loved the boys teasing of Aiken it lightened him up a bit as his temper was scary as hell
.

I loved the romance that developed between Everly and Aiken and how they were drawn to one another right from the moment they met and the push and pull between them.The emotional turmoil both seem to be going through was tense at times for Aiken he was struggling to do what he though best and Everly just struggling to keep her head above water on and emotional level .The story could have turned in a totally different direction had not Aiken not fallen for Everly and become so protective of her.

Overall we loved the story with its interesting characters. I loved that it was different from anything I had read before.I loved that two people found one another when they needed each other the most even if their journey was messy and bumpy it was theirs.We love Aiken and Everly's chemistry even when they weren't burning up they sheets the heat between them was always their. One of the best thing about this story is that we saw so much personal growth for both Aiken and Everly they both came a long way from what they were in the very beginning but, one thing for sure is Aiken will always be the bad boy at heart that screams "Danger Beware " .

I am really looking forward to reading more of this series.