Log in with Facebook
or
Wrong email address or username
Sign up
Already on BookLikes? Log in!
Incorrect verification code
Please, check your email, the code to access your BookLikes blog was sent to you already.
Enter code:
« Back Send
back to top
Search tags: Sarah-Wendell A Hanukkah romance! Winter holidays in July!
I wanted to like this more than I did. The author's creation (with another person) is a website I adore (smartbitchestrashybooks.com). I liked Wendell's non-fiction books. This was her first romance.
I didn't really connect with Gen and Jeremy. I felt that they were immature. Definitely reads as a NA romance.
What I did like was the Hanukkah aspect, I learned a bit.
For Ripped Bodice Bingo I am using this for the Summer Camp square- while I know this wasn't set exactly during a summer camp, it was set at location that hosts a yearly summer camp and both MC were attendants as children and staff as adults. The secondary characters were attendants/staff at previous summer camps (and now the special winter camp in which this is set). While this was enjoyable and fun to read, it didn't necessarily tell me anything I didn't already know. I think this book is perfect for the people (men and women) who disdain romance and by default, the people who write and read it. About a year ago, I was at the post office mailing out several books for swap. The postal worker checking me out, was interested in what I was sending out. We talked very briefly about books and when I told her I primarily read romance (of all genres), I got an "Oh." This was an exciting conversation, that quickly turned awkward. I couldn't get of there fast enough. I'd been wanting to read BHB for a long time now as I'm a fan of the Smart Bitches Trashy Books website and especially the podcast (SPTB). It absolutely met my expectations: snarky observations, hilarious critique, and a deep love for the romance genre. It was so funny. I'm working on ways to add "humperate" to my vocabulary.

The book feels like an in-depth conversation with a good friend who loves romance. It's honest, at times painfully so, especially when discussing the problematic history of the genre. I loved the discussion of old school covers--that even the weather was tempestuous. Thursday morning (May 4th - and yes, there were a lot of Star War t-shirts worn by attendees) dawned and I again skipped the work outs in favor of tea and banana bread. Then I headed to the Make A Date with Harlequin author signing breakfast. I got books signed by Geri Krotow (a fellow military veteran and fellow military spouse!) and Melinda Curtis. I sipped on my peach mango smoothie and mingled. A mellow way to start day three.

With my registration, I was given one ticket for a trip through the goody room (just free books) to select any two books in the room. I picked up Midnight Unbound (Midnight Breed #14.6) by Lara Adrian and The Bull Rider's Homecoming by Allie Pleiter. I've read both of these authors before, so I was pretty pumped to get their newest releases. I heard people complaining the books in the goody room were not as good as in previous years and I wondered why there was diet and cook books in that room, but figured they were remainders the publishers wanted to get rid of.

Then I went to another author signing event called Books! Chocolate! Authors! sponsored by Christian/inspirational romance publishers Revell and Bethany. This was just an embarrassment of riches for me. I got books signed by Elizabeth Camden (To the Farthest Shores), Tamera Alexander (A Note Yet Unsung), and Jen Turano (Behind the Scenes). Turano was nice enough to take a picture with me. I also ate some of the most delicious chocolate covered strawberries and brownies. However, one observation I had about this signing/publishing event was how (and I hope I am putting this as delicately as possible) WHITE HOMOGENEOUS the author/audience was. There are a lot of talented POC/LGBT+ writing inspirational romance, but none could be found here. This is not a slam against the authors present, but this was also a promo for the publishing companies and that kind of one-note branding was noticeable.

It became even more noticeable when I went to my next author panel, Expanding Our Idea of Inspirationals (I swear I did not mean to make each day a particular theme, it just happened that way, LOL). The panel was moderated by Sarah Wendell (founder and head Bitch at Smart Bitches, Trashy Books), who wrote a contemporary romance with Jewish characters (I read the book for Romance Bingo and Pop Sugar challenge). The panel included Tamsen Parker (author of Craving Flight, a BDSM with Orthodox Jewish characters), Vanessa North (author of Blueberry Boys, a contemporary rural m/m romance featuring a devoted Christian MC), LA Witt and all her aliases (writes romances with a variety of religious characters who are also on the LGBT+ spectrum), and Piper Huguley (writes AA historical romance). Ms. Huguley talked about how ostracized POC writers are in Christian romance circles and conventions; she made note to tell us about a FB group called Black Christian Reads dedicated to promoting POC writers and readers of inspirationals. Very enlightening panel.

After that panel I went to the Romance, Bollywood Style reader event, hosted by authors Sonali Dev, Amalie Howard, Shaila Patel, MK Schiller, Sienna Snow, and cover model Vikkas Bhardwaj. This was a lot of fun! They played trailers from Bollywood movies and the audience had to guess what trope(s) were being used in that film. The swag bag at the end was GORGEOUS and included a lot of goodies; my bag included a print copy of The Bollywood Bride by Sonali Dev. She stayed afterward to sign my copy and take a pic with me. She is as sweet and funny in person as she is in interviews. Vikkas Bhardwaj was also very funny and very easy on the eyes....very, very easy.

As I was leaving the reader event, I saw a line forming for the pop-up signings. This one was for Beverly Jenkins, so my butt hurried to get in line (funny enough, behind RedHeaded Girl from SBTB). I got a signed copy of Breathless (Old West #2) and a quick word with an amazing author just because I was in the right place at the right time. Score!

Took another break from people and then headed to the Kensington Peaches & Cream author signing. These organizers were smart and handed out maps so you knew where your favorite author was sitting and could immediately get in that line. They also gave each attendee a pashmina scarf. I got a signed book by Lynn Cahoon (The Tourist Trap Mystery series is a favorite of mine) and  Alyssa Cole's An Extraordinary Union. Again, way too many people in such a small room - you could not even turn around the room was so full of people and it was so hot in there. I bailed after meeting Ms. Cole; I learned not to care if I seemed rude for leaving an event so early if RT staff doesn't provide adequate facilities for hosting events.

After the last signing I got dinner and settled into my room for the night. I also learned that is okay, good even, to skip events you are not 100% excited about - because standing in lines and crowded rooms is the price to pay for attending the event. I felt today's events were great and worthwhile and didn't feel the need to fill the entire day. 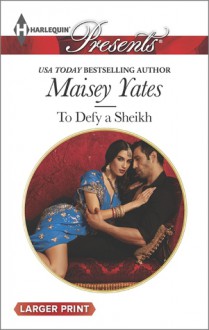 My NOOK and Kindle got quite a work out this month. I am so glad to have participated in the Romance Bingo, as I was given an incentive to read a lot of books from the very bottom of my TBR.

Best books of the month: The Just Desserts set from D.F. Mello were great. Highly recommend. Really loved To Defy a Sheikh by Maisey Yates as well.

Worst books of the month: Celtic Viking - Danish Celtic Viking having coffee before plundering a barely formed England in 876 AD...and puts the "mis" in "mishistorical romance". His Ring Is Not Enough by Maisey Yates was just a waste of time.

Disappointment of the month: Key of Knowledge - Nora why did you put me through that?

Library Love Challenge: 1 - but will be making it up come March

Diseases and Disasters: 0 this month, as I concentrated on bingo

3. His Ring is Not Enough by Maisey Yates (Romance Bingo - Virgin) - 0 stars