Log in with Facebook
or
Wrong email address or username
Sign up
Already on BookLikes? Log in!
Incorrect verification code
Please, check your email, the code to access your BookLikes blog was sent to you already.
Enter code:
« Back Send
back to top
Search tags: romance-bingo-2017 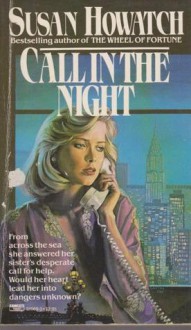 A sensible Manhattan schoolteacher is drawn overseas by a panicked call from her sister. On arrival, the sister seems to have vanished, and our heroine tries to unravel the mystery, although she takes plenty of time to sightsee around Paris and enjoy plenty of cocktails and dinners with the charming stranger that had last been in her sister’s company. The tension ratchets up when she discovers that everyone is lying to her, and she realizes that she has fallen so deeply in love with the charming stranger over the course of 3 days that she doesn’t even consider

.   It’s not badly written, and as stupid as the insta-love is and as puzzling as all the characters’ motivations are, I was sort of enjoying it until the last couple of chapters, in which the mystery is revealed much like a Scooby Doo cartoon, where everyone shows up and offers long monologues explaining everything. Then everybody lives happily ever after, except the murdered and the murderer.

Read for the 2017 Romance Bingo. I had intended to use this for the Gothic Romance square, because the author is a writer of gothics and the cover art (I own the version below) certainly looked gothic, but this story was missing most of the key elements of gothic literature. The applicable squares are:
Insta-love: The heroine and her mysterious stranger are madly in love within 3 days, despite the concern of missing sisters and dead bodies turning up
Love is Murder: crimes of passion galore A really cute story about a quirky ventriloquist whose puppets provide ongoing commentary to everything she does, but are at least mercifully silent during sex. It’s got a brooding, complicated hero, a couple of easily guessable mysteries, and a Happily Ever After, which I don’t consider a spoiler since this is a conventional romance.

I mean really, the love interest is never a sociopathic murderer in these kinds of books, and you can certainly never trust an aging woman who dresses garishly and has a heavy hand with the makeup.

What dragged this down from 4 stars to 3 stars was the eye-rollingly awful use of pop psychology, where characters who suffer extreme psychological trauma

are instantly cured when they can finally be coerced into talking about it.

And our quirky heroine knowing full well that only a trained psychologist should be attempting therapy, but since there isn’t one around, well, the couple of human psychology classes she took in drama school will do. No consideration that she might do more harm than good. Also, this story should have wrapped up a few chapters earlier, but it gets unnecessarily dragged out because our two lovers are incapable of having an adult conversation about their feelings for one another.

Audiobook, borrowed from my library via Overdrive, with an excellent performance by Erin Bennett.

Read for the 2017 Romance Bingo. It could fit any of these squares:

Guy/Girl Next Door: they spent a summer living in the same house as stepsiblings, and are neighbors in the current timeline

Rogue: The MC believes her love interest is The best parts of this book are the beautifully detailed descriptions of the landscape and the characters’ interactions with it. The story itself is problematic. Contrary to the author’s intent, I really liked Carley through most of the story. Although she was a little self-absorbed, she was spunky and independent and determined. When she arrived out West, she stubbornly pushed herself to cope with the physical hardships she was unused to, to prove to herself and to the man she loved that she was no “tenderfoot”. Her dawning appreciation of the beauty of the landscape was enjoyable to witness. Then it all went to hell when she began embracing the author’s (and her fiancé’s) ridiculous ideas about the duties of  “American women”, which include giving birth to a “troop of healthy American kids” (I shit you not, that is a direct quote) and serving as her “American man’s” helper as he strove to build civilization in the West, while dressing modestly and unfashionably, so as to not distract the men from their own duties, and not pursuing any interests of their own. This whole modesty concept is reinforced through a running commentary by all Western characters on her fashionable city dresses being so revealing. This being set around 1920, this wanton display included rolled stocking and exposed calves. And a woman so dressed should be neither surprised nor upset when sexually assaulted. Instead, she should be upset with herself for inviting such a natural response from men.

I try to judge all books by the mores of the times in which they are written, but remember that this was published within a year of The Great Gatsby, which also had some things to say about 1920’s decadence, but none of it was about women staying in their place behind their menfolks and pushing out packs of kids and covering their legs so they don’t invite assault.

Audiobook, read by John Bolen. The audio quality was poor, with a lot of static and background noise, and Bolen’s performance was unimpressive. He sounded uninterested in the material, and the voice he used for Carley was a really strange sort of faux-British accent that I guess was supposed to represent an upperclass, East Coast, voice. Rating 2 stars only because I was able to finish and for the way the landscape was brought to life.

Read for the 2017 Romance Bingo. It fits the following bingo squares:

Key to My Heart:

Because the MC has a complete change of heart once she embraces her lover’s philosophy and way of life.

It unlocks her happiness and purpose in life.

Wedding Bells: Because the whole point was to get him to marry her, and apparently, marriage was the only acceptable quest.

Historical Romance: Post WWI. Although it was actually a contemporary romance at the time it was written, so maybe not.

She rejects his way of life and breaks the engagement, then goes running back after her change of heart, hoping that he hasn’t already married another. Of course, HEA, with her barefoot and pregnant for as long as she’s fertile. This must rank in the top 5 most asinine stories I've ever had the misfortune to attempt to read. It doesn't even deserve the compliment of bothering to explain why I thought it was so bad.

Audiobook, borrowed from my library via overdrive, read by CJ Critt, who did a pretty good job, considering the material she had to work with. I gave it 7 minutes longer than my 20 minute minimum before DNFing. I’m really not familiar enough with the graphic novel format to judge it on its merits as such, so I’m only going to remark on how well I enjoyed it, or more accurately, did not enjoy it.

Although the story is told primarily from Murtaugh’s POV rather than Claire’s, it seems very much like the story I remember from reading Outlander many years ago. Of course, we get how much Murtaugh distrusts her and disapproves of Jamie’s relationship with her, but we already knew that. There’s also a new character added, who doesn’t seem to add much to the story. I didn’t find the artwork very impressive. At least, it didn’t especially help me to connect with the characters or the story. Overall, the book was okay. I’m not sure how someone who isn’t already familiar with the story would have enjoyed it.

I read this for the 2017 Romance Bingo. It would fit several of the squares:
Insta-love: Jamie desperately wants Claire and is willing to risk death to be with her within a few hours of meeting her.
Blown Away: The characters on the cover are certainly windblown, and in several of the panels the characters appear to be battling a high wind, although that just may be how the artist portays action.
Key to My Heart: If I’m interpreting this square correctly, Jamie and Claire are soul-mates, and their love enables them to share dreadful secrets that they hold very close.
Man in a Kilt: Every freakin’ panel has plaid or kilts, although there is a disappointing lack of hairy dude-knees
Eyeshadow and Heaving Bosoms: Claire’s boobs seem to swell and shrink throughout the book, but at times she could give Dolly Parton a run for her money. The artwork also seems to have gifted them with their own independent motion. They might even be sentient, they’re so lively.
Virgin Best First Time: This time, it’s the guy who’s the virgin, and the panel of them mid-coitus is hilariously captioned with a white thought-bubble over Jamie’s head, “Holy God!”
Wedding Bells: The whole plot revolves around the forced marriage trope
Historical Romance: Time-travel to the 1700s