Log in with Facebook
or
Wrong email address or username
Sign up
Already on BookLikes? Log in!
Incorrect verification code
Please, check your email, the code to access your BookLikes blog was sent to you already.
Enter code:
« Back Send
back to top
Search tags: Shape-Shifters 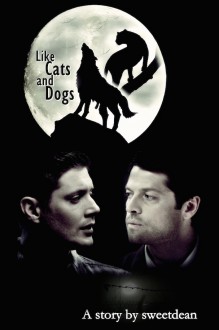 4.5 stars. An engaging fanfic in which alpha were-wolf Dean is attracted to omega were-panther Castiel. A little long, skimmed some. 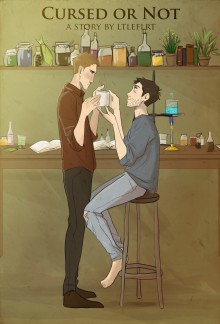 Hunter Dean agrees to live with witch Castiel if he will lift the curse causing him to shift into different animals. 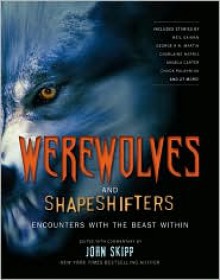 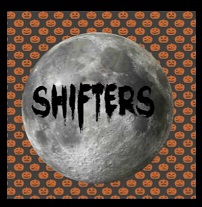 I completed "The Company of Wolves" which was just as creepy and bizarre as the movie based off this story. 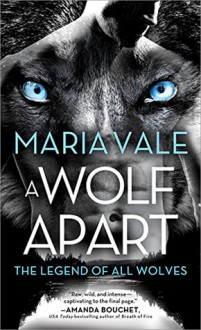 Elijah Sorensson has spent over thirty years Offland, only returning home, to his Pack, once a month, during the Iron Moon. He's slowly losing touch with his wild and knows the only way to regain himself is by returning home. But his Alpha demands he stay among the humans, protecting the Pack's interests off Pack territory.

Almost at the end of his tether, utterly disgusted with himself and what he's become, Elijah meets his saving grace. A woman who calls to both halves of him, but mostly to his wild. A woman he can be himself with, a woman he can confide in...But not fully, since she's the biggest taboo of his Pack—she's human.


As its predecessor this story also moved rather slowly, but apart from a few slower than slow scenes, it wasn't boring. It wasn't as suspenseful as the first book in the series either, focusing more on the main character (hero), his inner struggles, and his environment, but it still worked.

At first, Elijah came across as a prick, one of those you meet on the street every day. The smooth operator with an overused pick-up line, but one the story really kicks in, the reader (and the hero himself) realizes Elijah Sorensson, the lawyer and player, is just a mask. A suit he pulls on for those days of the month he's not home, a suit that's become too tight, almost ingrown, until he hardly recognizes himself or knows who and what he really is.
It takes a woman, the right woman, a vegetarian loner with a passion for animals, someone rather similar to him, to bring him out of the thirty-year-old fugue state he's been living in. It takes the right woman to make him see what he's missing and what he's been losing. And it takes the right woman to make him see the true meaning of sacrifice, Pack, and home.

The story is once more told in first-person POV—Elijah's point of view. And once more, it didn't bother me at all. This was mostly a one-character show with the rest of the cast (Thea included) serving as backdrop, set design for Elijah and his character development and change.

I was happy to see more of Silver and Tiberius, discover just how Evie is taking on the Alpha duties...And in the end, I was more than glad to see the Pack would be fully reunited, since I didn't really appreciate how they behaved toward Elijah, almost judging him for his life in the Offland, while it was the Pack that sent him there in the first place.

The issues dealing with the suspense arc of the first story were only touched upon in this one, and since the main architect of evil is still loose, I'm looking forward to what the future might bring. The Pack is growing, and no matter what many of them think, to me having a Shifter and now a human in their midst, will only make them stronger. 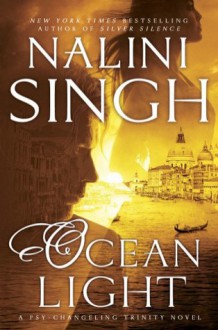 After taking a fatal bullet to the chest, Bowen Adrian Knight wakes up deep under the ocean, with a mechanical heart in his chest and a still ticking bomb in his brain. The chip he's had implanted to ward off Psy telepathic attacks is still malfunctioning and still threatening to blow up his brain when it finally gives.

But a BlackSea scientist has maybe found a solution. It still gives him only a five percent chance of survival, but even that is better that instant oblivion. Especially once Bowen lays eyes on the scientist's cousin and resident chef, Kaia Luna. She might hate his guts, but he's persistent, and he can be patient—he's not security chief for nothing...

This was the first Nalini Singh book I had to sleep on, before writing a review about. And I still don't really know what sort of rating it should get, so I'm going with the middle ground. There were so many things right about it (the first half) and so many things not exactly right (second half of it).

Let me start with the good—I loved Bo. I might've been ambivalent toward him when he first appeared, but NS certainly did him a solid with his story. He's no Hawke or Kaleb, but he's a worthy competitor with Max the only other human hero in this series.
He shone in his story, his past and his issues making him a well-rounded character, and his protective streak, his compassion and his emotions making him a worthy hero.

The heroine, Kaia, unfortunately, didn't really make an impact. I sort of liked her, but I never really warmed up to her, and the second half of the story, with her phobia and her idiotic reasoning for not telling Bo about it, and her even more idiotic reasoning of using said phobia to push him away (after she was the one who made things beyond complicated in the first place), ruined her character for me, and ruined every chance she had of getting a pass as a Bowen-worthy heroine.
I just wanted to smack her about the head...Several times.
And that final reversal of her issues felt more like a cop-out than anything else. A pretty little bow to tie it all nicely.

I liked the initial drama of the "impossible" romance, not in the star-crossed-lovers sense, but in the one-of-them-is-dying sense. I loved the intensity, the desperation behind Bowen's wooing of Kaia, despite his knowledge of just how little time he has.
Yet that intensity kept deteriorating the more the story progressed, until it vanished completely as the plot turned into something akin to a soap opera with obstacle upon obstacle thrown into the path of maybe Bowen having a chance after all; and that final race against the clock pushed it a little too far over the edge of melodramatic for my taste.
Unlike its predecessor, where we trembled after that breakup, wondering just how it might all work out in the end (even though we knew it would, this one failed to provide that anxiety...It was like the book was holding our hand telling us it would all be fine while promising heartbreak.

As for the suspense, I liked it. I wasn't crazy about it, but it provided the much needed balance to the supposed tearjerker of the romance. I liked the twists and turns, the guessing game, the red-herring and the surprising reveals (especially that last "villain" proved to be a doozy. Good job.
Yet the ending to it all (so far) came so abruptly, cutting the flow of the story completely off, instead of slowly cruising to a stop.
It felt like a few parts were missing, making the reading experience even more jarring than it already was.

Having read all the above it might look like I didn't really care about the story. I did. The first half was very good, it's the second half that's the problem for me.

But I liked (most of) the characters—especially the secondary cast (Kaia's turtle grandmother was a hoot), and the cameos (Mercy, Hawke, and Kaleb) made my heart sing.
And the ending made me look forward to the future.