Log in with Facebook
or
Wrong email address or username
Sign up
Already on BookLikes? Log in!
Incorrect verification code
Please, check your email, the code to access your BookLikes blog was sent to you already.
Enter code:
« Back Send
back to top
Search tags: Siddhartha-Mukherjee 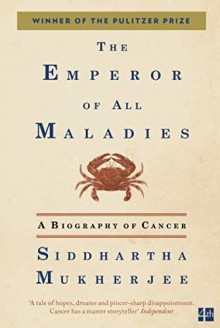 There are so many things in this history/biography of cancer that made me hopeful but also many that infuriated me, such as how so many women were mutilated because doctors didn’t want to believe what the research showed about radical mastectomies. Anyway, after I finished the book, I watched the Ken Burns special because this is all so fascinating, and even though I don’t have a medical background, I could still understand what I read because the information is presented so well. An excellent, infuriating, informative, and unforgettable book, for sure. 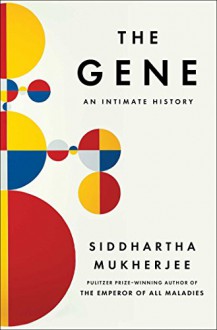 The Genome is a wonderful thing, and whether you - like me - spend daily time wondering/working on it or not, it is always there and could not be more intimate as it is in all your cells. I previously read, The Emperor al all Maladies, and really liked it, so obviously, I was even more looking forward to reading The Gene.

Without going in too much detail (you should read the book yourself), I really liked it and the anecdotal way the story is told made there was still something to learn, despite my biomedical training. I would like to end with an anecdote from myself. I once went to an X-men movie (don't remember exactly which one), and they acknowledged Mukherjee for generating interest into the topic.

My Book Club decided this would be our next book. I just got it on audiobook today. I made it about 10 minutes in before having to call it quits. The writing is awesome. I just can't handle anything discussing medicine and illnesses. Just listening to descriptions of a woman's leukemia symptoms practically gave me a panic attack.

I can read books about serial killers and horrible murders all day long. Can't handle cancer though.

It really is a bummer. It seemed like it would be a good read. 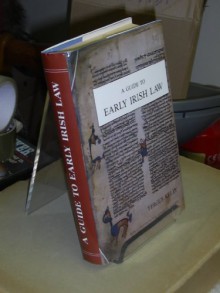 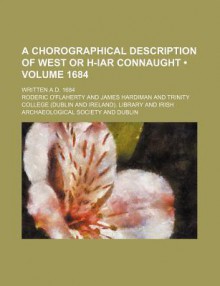 Please please, pretty please with sugar on top.  If you're going to write anything about pre-Tudor Ireland, or even pre-19th Century Ireland read A Guide to Early Irish Law by Fergus Kelly

Heck, even today there are cultural echoes of this stuff in Ireland.  If I read another medieval or earlier book based in Ireland where they assume common law (and Primogeniture) it will be yet another book too many.

(as an aside to this, read some Irish Saints Lives, then tell me Ireland was isolated during the pre-conquest period, I read a book about Galway once where it revealed that there was imports of Olive Oil in the medieval period into Galway)

If you want to look at how Cancer existed and about strange ways it was treated read Emperor of All Maladies.

A chorographical description of the West or Iar-Connaught by Roderick O'Flaherty (in 1648) is an invaluable text for describing life and customs in Ireland during the period.  There are several public domain copies circulating of this.

I prefer the author's Emperor of All Maladies to this one - that book's organization was better, I think - but it was still an interesting and informative listen. Audio wasn't the best way to go for actually retaining much of it, but considering my track record with nonfiction, I doubt I'd have finished a paper copy.