Log in with Facebook
or
Wrong email address or username
Sign up
Already on BookLikes? Log in!
Incorrect verification code
Please, check your email, the code to access your BookLikes blog was sent to you already.
Enter code:
« Back Send
back to top
Search tags: Super-Thursday

Today is Super Thursday, the day publishing houses release their (mostly hardcover) books into the wild for frenzied Christmas consumption in order to boost dead tree sales in bricks-and-mortar bookshops. Last year saw over 300 titles released in a single day, paling in comparison to today’s 503.

But despite Super Thursday being widely publicized along with bookshops’ participation in the Books Are My Bag campaign, there’s still a distinct lack of a list containing all these books. Instead, news sites are highlighting their bestseller predictions. How are potential customers supposed to find out if any of these books interest them? Bookshops havelimited shelf space for new titles while still stocking the Harry Potters and Pride and Prejudices.

Refusing to be the odd publisher out by adding even more titles to the ‘crush’ is tantamount to a literary stampede. In the battle for shelf space, priority is likely to be given to the biggest of names and former bestselling authors to maximise revenue. Well-known authors who aren’t superstars like James Patterson and Stephanie Meyer will inevitably lose out. Amazon, once again, is one of the few retailers who can provide access to all 503 books. Oh, the irony of Amazon benefiting from a publishing campaign to boost bookshops.

Assumptions that buyers of Christmas presents start their spending in October is a misnomer. Many shop for presents all year round in order to spread the cost, with some completing their purchases well before Halloween and Black Friday. Publishers would be better off staggering their Christmas releases between September and November to gain a better chance of exposure. Or, perhaps even earlier for non-famous debut authors and subjects.

Commentators arguing that Waterstones’ decision to stop selling Kindles due to declining sales means the dead tree book is on the rise again like a phoenix out of the ashes are wrong. If you’ve bought a Kindle, then you’ve no need to buy another for a few years.Physical UK book sales are decreasing while sales of ebooks are growing every yearand are still the cheaper option over the hardcovers released today even with the seasonal half price promotions. 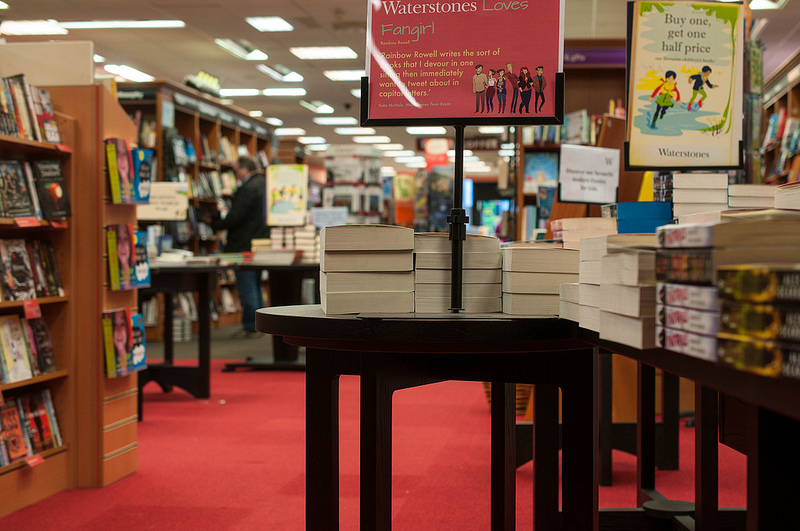 Super Thursday was a couple of days ago. Before this year, it had been an unofficial event. Now publishers are co-operating in order to boost book sales in our dwindling bricks-and-mortar book shops, now numbering just 2,300 serving a population of over 60 million.