Log in with Facebook
or
Wrong email address or username
Sign up
Already on BookLikes? Log in!
Incorrect verification code
Please, check your email, the code to access your BookLikes blog was sent to you already.
Enter code:
« Back Send
back to top
Search tags: The-Great-and-Secret-Show 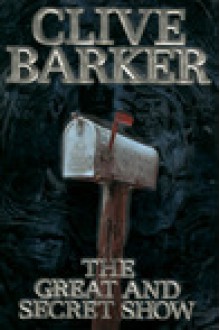 ”Mind was in matter, always. That was the revelation of Quiddity. The sea was the crossroads, and from it all possibilities sprang. Before everything, Quiddity. Before life, the dream of life. Before the thing solid, the solid thing dreamt. And mind, dreaming or awake, knew justice, which was therefore as natural as matter, its absence in any exchange deserving of more than a fatalistic shrug.”

Behind everything — all of life and non-life — is Quiddity: a metaphysical dream-sea, a sort of collective consciousness that is accessible only thrice in life. Those moments are just after birth, while lying after sex for the first time with one’s true love, and, finally, after death. To access it is nearly impossible, divine; it is the Art. If that sounds heady and über philosophical, especially a dark fantasy/horror novel, it is. And in a lesser author’s hands it would fall apart; this is Clive Barker, however, so 1989’s The Great and Secret Show is a masterwork.

At the heart of this novel is a war between two former acquaintances-turned-enemies: one wants to access the Quiddity, to swim that water and know its secrets; the other wants to protect it at all costs. From there spins out a tale of demonic possession and romance; incest and the apocalypse; the shallow face of West Hollywood cracking while a hole is ripped in the universe, exposing what lies beyond the only thing the human mind can comprehend: the carefully balanced façade of modern living.

This is a weird novel, and I loved every moment. I picked it up last night and couldn’t put it down. That’s almost seven-hundred pages read in forty-eight hours. Barker is an author whose prose I love to nibble on, suckle at, mull over. But I couldn’t put this book down. By combining the grotesque and fantastical, this novel is a titillating mashup of genres and ideas, all tied together with the confidence of a legendary myth maker. 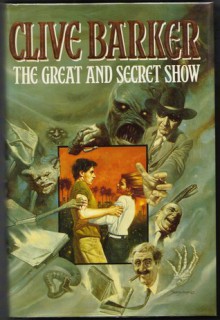 It's been 20+ years since I last read this, but it has moved around with me and I thought it was time to take it off the shelf again.
Looks behind the secrets of a small town in America as the people there are chosen to be unwilling participants in a battle between good and evil.

There's a lot of interesting characters and the story keeps moving at a rapid pace with plenty of tension. 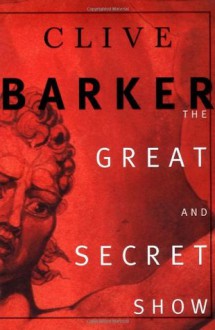 This was another great book by Clive Barker. 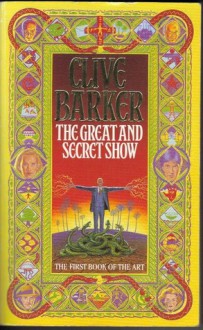 It took me a year to finish this book! Disturbing, long, but undeniably imaginative this is my least favourite of Barker's books I've read to date. I enjoyed aspects of this story, the plot is such that's impossible to summarize, I did try but it was getting so long I gave up. I'm still not sure what exactly happened, but it had it's moments and it's yet another of Barker's book's where the extra-ordinary is just under the surface of everyday life, but he's done it better.

To label The Great and Secret Show a horror novel would be to do it a disservice. "Arty horror" would be closer to the mark but that sounds silly and would still be inadequate. “Dark fantasy” sounds good to me though it deemphasizes the horror aspect of it a little too much, may be it is more phantasm than fantasy. Not that labels really matter, a good book is a good book regardless of whatever label you slap on it. I am only going on about it just to have some kind of intro!

To tell you what this book is about is a fairly complicated undertaking (best left to undertakers perhaps). It starts with one Randolph Jaffe’s quest for mastery of “The Art”, not just any old art but a craft or power that has the capability to tear a hole in the fabric of reality and create an opening to another dimension called Quiddity. Quiddity is a mystical dream sea, a sea of the mind that most people visit twice in their lives. “Once the first night you slept out of the womb. The second occasion the night you lay beside the person you loved.” That does not make much sense out of the context of the book so just imagine the weirdest goddamn sea you can and then pile on extra weirdness on top. The Quiddity sea changes you and is generally extremely bad for your complexion: 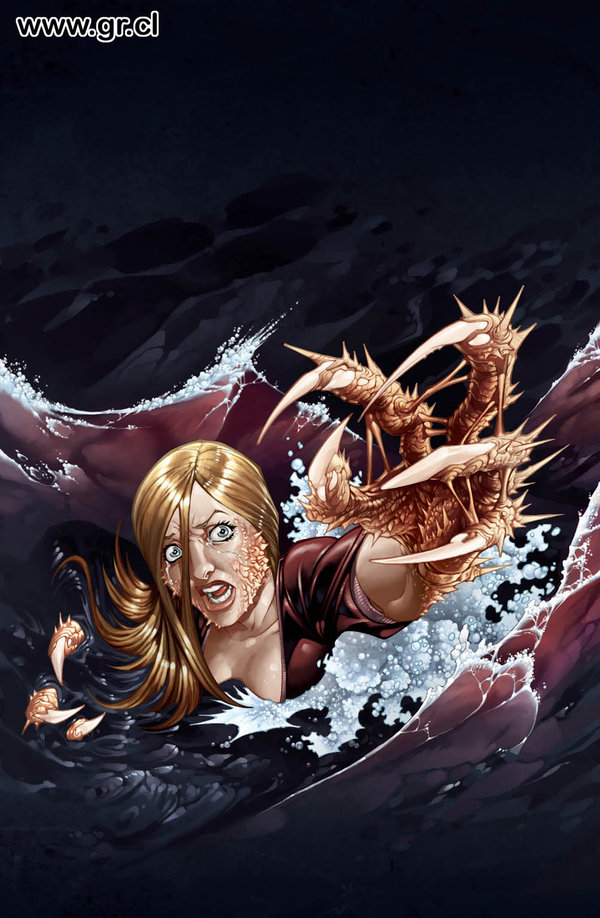 Jaffe’s pursuit of the Art leads to his eventually becoming something other than human and triggers a possible supernatural apocalypse that threatens all human lives. What starts out as a man’s quest for power becomes a titanic struggle between good and evil where the battles often takes surreal forms. 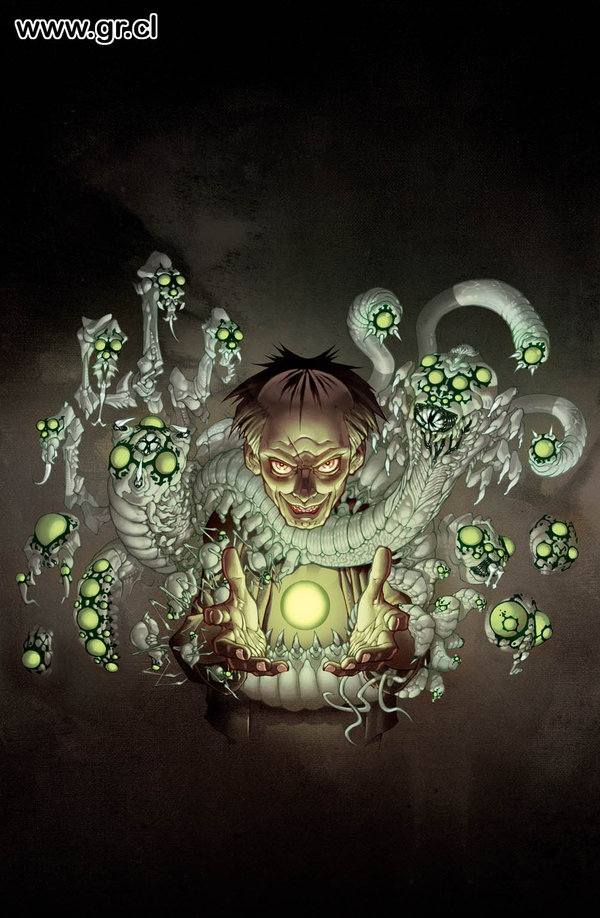 That little synopsis barely scratches the surface of the novel’s plot. The Great and Secret Show is a dark fantasy of epic proportions (though “epic fantasy” has an entire different connotation, usually associated with Tolkien’s or George R.R. Martin’s kind of fantasy). With this book is Clive Barker is at the peak of his creativity, here he has created a brand new mythos about the nature of dreams and reality that is mind blowing. The storyline is quite complex but clearly narrated so there is never any problem following it. Fans of bizarre critters should have a field day with this book which is populated by some very bizarre and often disgusting creatures. For example you know how low budget horror movies from the 80s often feature shitty monsters? This book literally has shitty monsters made from actual fecal matter! There are also various other bizarre creatures made from fear and others made from dreams that I can not even begin to describe.

The book is full of horrific moments, surreal dream-like moments and even comical moments and romantic bits. I would not recommend it to anyone who is easily offended though. If you avert your eyes at Game of Thrones’ most outrageous scenes then leave The Great and Secret Show on the shelf. Barker's prose style is hard to pin down, sometime he takes flight into lyricism, other times he dives into the language of the gutter (he certainly seems to use the “C word” a lot). The multiple protagonists are all well drawn. The most memorable one being the evil Randolph Jaffe (AKA The Jaff) and the kickass heroine Tesla. I am quite impressed by how quickly Barker can introduce and develop characters that are vivid and believable, in a few pages within a single chapter mostly through dialog.

At the end of the day I can whole heartedly recommend The Great and Secret Show to anyone looking for a fantastical – or perhaps phantasmagorical – read. You won’t be disappointed (if you are, you shouldn’t be!).
More posts
Your Dashboard view:
All Reviews Text Photo Quote Video URL Activities
Liked posts Top Tags
Press About Terms of Services Privacy Policy Contact Us Blog FAQ Patronaty medialne BookLikes for Authors Partners panel more...
Team Themes Docs API Blogs
Copyright © 2022 BookLikes