Log in with Facebook
or
Wrong email address or username
Sign up
Already on BookLikes? Log in!
Incorrect verification code
Please, check your email, the code to access your BookLikes blog was sent to you already.
Enter code:
« Back Send
back to top
Search tags: The-Ring-and-the-crown 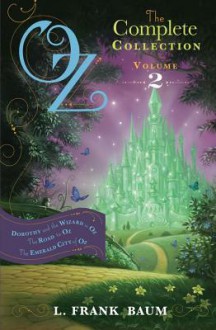 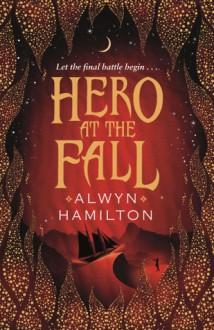 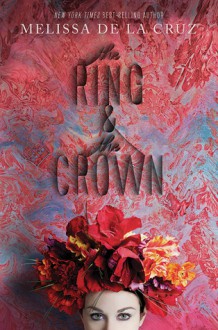 So, confession time. I received this book as an ARC, and never got around to reading it. I then borrowed it from the library, and once again never had a chance to read it. I finally ended up borrowing it as an audio book, because I'd listened to the narrator before and enjoyed her readings. That finally prompted me to finish this. I'm fairly proud of myself right now, if you must know. This book had massive love thrown at it, back when it first came out, and I always felt a little left out for not having read it. Now? Well, I've read it.

The beginning of The Ring and The Crown had my attention. The hints at Merlin, and Avalon intrigued me. Marie-Victoria grated on my nerves a bit, but I was willing to forgive her frailty because of the way she was raised. Then more characters came into the picture, and still more, and still more yet. Suddenly this book was being told from so many perspectives that it made my head spin. Worse yet, it began to go off the rails more quickly than I could have anticipated. What started as a Fantasy story of the sort I generally enjoy, soon turned into a gossip magazine filled with all manner scandal and drama. If I had been hoping for a more fluffy read, I don't think I would have minded so much. As it stands, I was a bit blindsided and it threw me off.

Wolf and his roguish personality was what kept me reading on. I love his type of character. The "bad boy" for going against what his family expects of him, but secretly the type of man who has charm and kindness to spare. If this whole story had revolved around him, I would have been in heaven. Instead, he had to share the spotlight with his awful brother Leo, whiny Marie-Victoria, and Aelwyn who I never really grew to like. This book ended up being a huge case of "falling for the wrong guy/girl" and doing what is right for the masses rather than yourself. I can tell you, no one ended up happy here. Not a one. Which wouldn't have been that bad, except that the ending really felt like it was an afterthought. After so much build up, and as much character building as this book could provide, the ending was disappointing.

I likely could have lived without reading this book which, once again, is pretty disappointing. At least it has a lovely cover.

*mild spoilers. Probably don't read if you're going to pick up the novel*

This is the first Disney-Hyperion book I've read that has really dropped the ball.

What starts off as a beautifully written, lavishly different take on history quickly becomes a historical Days of our Lives - and not in a good way.

The quotes by Beyonce and Lorde at the beginning of the parts (again, another book that needed part 1, 2 and 3 for no discernible reason. I don't like that this is becoming a trend) felt strange and out of place. It felt like putting a Backstreet Boys quote at the beginning of a Game of Thrones novel. Weird. Didn't like.

What could've been an amazing story of four young women coming into their own turned into a complete mess of 'I can't accept your proposal... oh you're rich?? DAMNIT'. Seriously. That's the premise. Or Marie changing her mind five friggin times and screwing Gill over, who by the way was risking his life to be with her.

Marie asking Aelwyn to take her place as princess just outlined how self-involved these characters are. She just asks her to give up her looks, identity and any hope of her own future. Meanwhile, Aelwyn is eying off Marie's betrothed like 'mmmm gonna get me some of that... even if he is marrying my best friend. But they don't love each other anyway, so may as well'.

Then there's Wolf, who I liked to begin with, but then became the biggest sap. "I'm sad this girl I just met and don't know from a bar of soap isn't marrying me. Teehee, imagine if she said yes and then discovered I'm a crown prince! What lolz will be had. WAIT SHE SAID NO, WTH."

Leo who should've been shot directly in the groin for being a rapist.

Isabelle who was the only character I continued to like, getting royally fucked over (pun). Having her beloved killed by the man who'd raped her since she was nine, finding out she was pregnant with the rapist prince's child. Here was me thinking she'd devise some amazing plot to become Queen of France, but instead she was just a barbie doll.

Ronan, I liked. I did. Until she became so two-faced I couldn't figure her out. "I like Wolf. Oh wait, here he comes to dance with me and propose, better dance with everyone else and be a bitch to him." There's playing hard to get, and then there's Ronan.

Urgh. Also, was the second half of this novel edited AT ALL? There are three events in the last twenty pages which were skimmed over like 'they put the barrels of magefire out to sea, they exploded, kah-blooey, then this engagment was announced, also btw the first prince was a sorceror which suddenly clears up, like, three plot points not previously discussed - never mind that magic has never been seen anywhere else in the world. Oh wait, that's coz he wasn't the REAL prince, so it was just lucky he was shot tbh.

There's a second book. I kind of want to read it. To quote the Sith Warrior character on Star Wars: The Old Republic:

This book started out fairly strong. A sorceress is returning to her homeland after some time away and rips the soul right out of a thief, then lets it snap back into his body like a rubber band. This is awesome and terribly horrifying all at the same time. The world building continues to build over the course of the novel, but the character development and plot are severely lacking.

The author introduces a good number of characters in rapid succession, and then alternates viewpoints between all of them without any forewarning to the reader. At first this made the book very difficult to read. While there are definitely things that make the characters stand out from one another later on in the book, at the onset it is overwhelming and confusing because they are just being introduced. Once I was able to sort everyone out, I enjoyed being able to see the plot from so many different angles and walks of life. However, at no point in the story did I feel connected to any of these characters. We see them develop relationships with one another, but the relationship with the reader falls short. By the end of the book, while I wanted to know what happened, I didn't care either way about the fate of any character in particular.

In addition to a lack of connection with the characters, the plot for this book is pretty non-existent. The focus seems to be more on building the world around the characters and their relationships with one another. Yes, events occur, but they all feel rather ancillary to the main focus of the story which is the characters themselves and the society in which they are living.

While I didn't absolutely love this book, I think I will pick up the second installment in the series from the library when it comes out. I loved the world building, and I loved the idea of many of these characters, I just couldn't get myself to feel anything for them. My hope is that the second book brings with it a stronger plot and better character development.

I'd recommend this book to fans of historical alternative fiction, magic, and books that focus on the lives of royals, with a caution that the book emphasizes world building over plot and character development.

I didn’t finish this book, stopped reading on page 118, but I’m still going to write a review and rate it. For the first time ever, I’m rating a book I didn’t finish. I want to vent my frustration with it.

I did leaf through the rest of the pages and read the last few chapters, so I know how it ended. And I disliked it intensely, although I must admit: it is a good book. The writing is very strong, the plot is moving nicely, if a bit slowly, the tension escalates, and the young characters are diverse and three-dimensional. I like them all: the sickly Princess Marie, the ambitious sorceress Aelwyn, the American girl Ronan, and the impish Prince Wolf. The others too – everyone in this book has a distinct personality, his or her own desires and ambitions. And nobody, I mean NOBODY, gets what they want.

Marie doesn’t get to marry the man she loves. Neither does Prince Wolf or Ronan. Aelwyn has to accept the invisible role of a magic wielder, submit to the stringent rules of the empire, against her aspirations for magic, beauty, and glory.

The empire, the mighty empire is that insatiable altar where all the young people’s happiness is sacrificed upon. The old Queen and the powerful Merlin rule the empire with iron fists and ruthless determination. They manipulate everyone, their children included, so none of the royal youngsters – neither Marie nor Aelwyn nor Wolf – has a choice. They must play their assigned roles or else…

I hate such books, hate the necessity to bow to contingencies and conveniences. I have enough of that in my life; I don’t have to read about it in fantasy novels. Fantasy is the genre where everything should be possible, where rebels win, and dreamers get respect and recognition, where love triumphs. Nothing even remotely ‘fantasy’ happens in this book, despite its magical implications and hints. The story reminded me of reality too much to finish it, too much even to like it.

If so many young people have to sacrifice their happiness for the good of the empire, maybe that empire shouldn’t be maintained. Maybe it should be broken, so more people would have a chance at happiness? Maybe magic should fly, and love should conquer all? Then, it would be a proper fantasy book, and I might even like it. Maybe…