Log in with Facebook
or
Wrong email address or username
Sign up
Already on BookLikes? Log in!
Incorrect verification code
Please, check your email, the code to access your BookLikes blog was sent to you already.
Enter code:
« Back Send
back to top
Search tags: Thomas-Ligotti 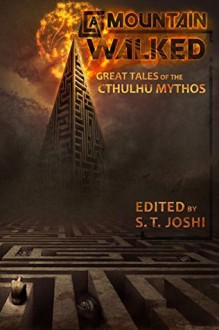 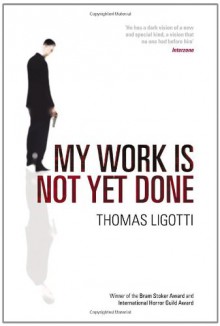 “My Work is Not Yet Done” is a collection of one novella and two short stories set in hellish corporate worlds. Ligotti is a bleak writer with a pessimist’s point of view. He sees darkness, despair as omnipresent in this world. However depressed a reader may feel before starting Ligotti’s books, before the end they will realise a sense of kinship and know that they are not alone. His style is unusual in that he will repeat the same sentiments again and again barely changing the sentences before reproducing them. Using this method and the inescapable bleakness of his settings he can immerse the reader into a looping nightmare. When the final word is read and you escape the nightmare you may either know that life is not worth living or breathe a sense of relief that however tough your life might be it is punctuated with sparks of joy that should be treasured. I tend to experience the latter and I find Ligotti’s stories therapeutic, but never uplifting.

His description is a knife that slices through thin facades to reveal the darkness beneath. His philosophy is writ large throughout and one wonders whether the author could have survived without the outlet of writing.

A couple of phrases spoke to me.

“The company that employed me strived only to serve up the cheapest fare that its customers would tolerate, churn it out as fast as possible, and charge as much as they can get away with. If it were possible to do so, the company would sell what all businesses of its kind dream about selling, creating that which all our efforts were tacitly supposed to achieve: the ultimate product – Nothing. And for this product they would command the ultimate price – Everything.”

Do not read Ligotti to escape. Instead read him to immerse yourself in darkness and survive, proving your strength and revealing your nature to yourself. For those who enjoy facing the dark nature of humanity, and the meaningless destruction of self and the world under Capitalism, this will provide an excellent and thought-provoking read. If you want to avoid facing the inherent evil in our lives give this one a wide berth. 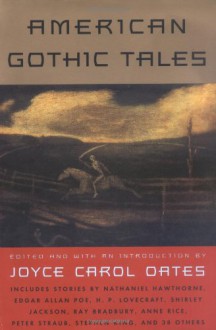 "The Last Feast of the Harlequin". A short story by Thomas Ligotti, a part of the American Gothic Tales collection.

What is it that buried itself before it's dead?

Alright, I confess. I haven't taken writing reviews very seriously - hell, writing in general is not done to the output that it needs to, for me. The sheer amount of housework needed to get done in my apartment feels like it's almost buried me, to some extent. It's not all bad news, however: I've recently come across two of my new best friends in this writing thing, in the form of a keyboard that syncs to my android phone and a book journal.

I've been feeling about as popular as this woman, of late.  All I have are inanimate objects, maaan, give me a break.

Also, I've been gardening. I know no one cares, but I'm just gonna throw that out there. I PARTY, HARD EVEN

Also - gardening in one of the most popular hobbies in America, probably right behind gaming. Because, hey, even I would often prefer playing a day in Gekkoukan High to figuring out if I'm helping or slowly killing my onions. Gah.

So, um, right up there with Barker, Ketchum, Brite and the even less-known McCammon, Ligotti is, or at least, really once was the horror enthusiant's du jor once upon a time, to the tune of about two decades ago. He's just one of the many examples of how the best of the genre - the horror genre - really is defined not so much at its best by the most popular of what is created, but rather by the hidden stuff that never gets popular because the world simply isn't fair. This is my first experience with Ligotti, and I have to say - color me impressed.

Reminding me in every way, shape and form seemingly of Lovecraft at his best, The Last Feast of the Harlequin truly gets how to make an homage to the author's style and quite a bit of his flair.

A haunting short story, the main problems that I came across in the text is the manner by which there is an excess of description, the very slow nature of the build-up to the story proper as well as the blank slate nature of the protagonist that are all staples of Lovecraft but are, nevertheless, as much as a mistake now as it was when Lovecraft first started writing marrs the work. At best, these aspects of the tale can be attributed as a purposeful homage to the Lovecraft, but at its worst, it comes off as unimaginative, badly planned and ill-paced.

What is this short story? It's like if you got your Barker in my Lovecraft and we both took a bite of the ending product and one of us had to eventually admit to the other that both tastes so much like the other so as not to seem all that distinguishable in the first place, so it all works out in the end. I dunno - Barker's always seemed spicier to me, angier, so there's that.

This tale deals with the truly nasty underbelly of the American small town, with its own insular culture that is not fully understood on a conscious level by its inhabitants but is rather ingrained in them on a subconscious level. The seemingly quaint nature of a town's seasonal festival that takes place during the winter solstice becomes something unwholesome, ominous, disturbing, even. A festival nested secretly within the confines of the other seems more like a rotted core to the heart of the whole thing, begging the question - is it worth digging the center out, if it'll just pull out maggots with it and attract flies?

Now, I want, somewhat desperately, to defend clowns. Look, they do get a raw deal, between the facade that It decides to wear and John Gacy. In my personal life, one of the nicest women that I've ever met has long made her living working at circuses and she is married to a clown (or, I guess you could say, a man who practices the art of clowning) and my heterosexual lifemate has a black velvet painting of a droopy clown in her living room. The thing is this: I got tricked out of a balloon animal by a Shrine circus clown back when I was a kid and I am genuinely scared of Gacy, almost more than any other serial killer, save Andre Chicatilo and It is fucked up in that way that only Him and the Cenobite from the novella The Hell-bound Heart are. So it's a little too easy to be scared of clowns, much like spiders.

I find that phobias don't much care about the nature of cliches.  Phobias are more interested in laying eggs in your hair or your baby's bassinet while you're too busy being snarky on the internet.

Oh, but the clowns of this story are something a bit special. Greyscale and looking as though they come from the bizarro world, they shamble around town and seem to be almost invisible to the people who otherwise seem to be enjoying the festivities. After the main character seems to make the mistake of harassing one of these sad clowns, he becomes obsessed with the things and finds out that they get picked up by pick-up trucks on the corners of streets at the end of the night. He infiltrates this group and ends up getting taken to the fringes of town into the countryside where all of the clowns are dumped in front of the entrance to a massive tunnel, where they walk down until they come into a large chamber. It is in this chamber that we meet the true form of the protagonist's long-lost mentor - now simply known as Thoth. What happens is something so weird that you simply must read it for yourself. All I can say is - the only thing that wins is always Conqueror Worm.

The protagonist runs away with his life intact, but probably utterly ruined by some form of a horrible understanding of what Thoth meant when he referred to him as "one of them." 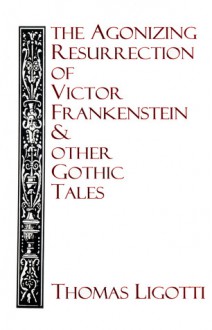 I love this author, and I love the concept of this book: he takes famous horror, famous people, like Frankenstein, Usher, the Wolfman, and turns the screw just that little more to try and make them more horrific.

However, this didn't work for me.   The stories were one and two pages, and the promised pathos never came.   A couple stories - the last, with H.P. Lovecraft and the Turn in the Screw in particular - actually did work and quite well.   Between that and the fact that many of the sentences themselves are quite moody and gorgeous, I gave this two stars.  I only wish that the whole stories had come together in a manner which had paid off on the promise that was revealed in the forward. 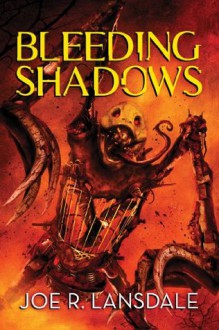 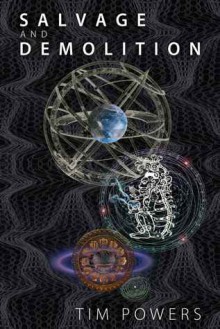 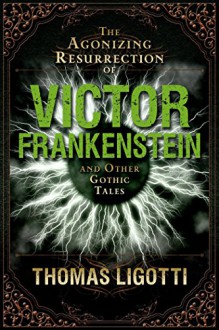 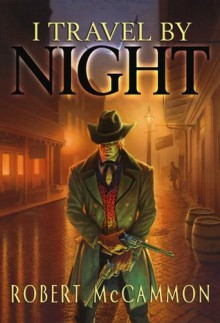 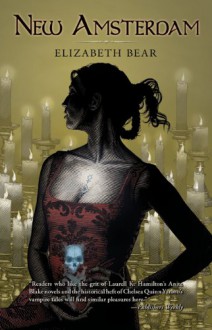 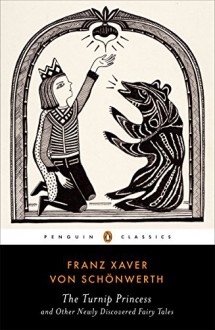 Thanks to Beauty in Ruins for pointing out Grim Mistresses, I think it'll go well with The Turnip Princess and Other Newly Discovered Fairy Tales which Bookaneer kindly reviewed for us.

The other books are trickling in through the Humble Bundle I bought the other day. I am an Elizabeth Bear fan; it seems like she shows up in all the SciFi anthologies I read.

It's been another really slow fiction week for me. Mrs. Brainycat and I have been marathoning Walking Dead, seasons 2-4. We had given up on the series partway through s2 because of all the TSTL, the implausible scenarios and the overly self indulgent screenwriting. Mrs. Brainycat's friends are all raving about the new season, though, so we're watching it for free on AZN Prime (s2-3) and Sky OnDemand (s4).

Each episode is 42 minutes, but it feels like hardly anything happens - judicious editing would leave a lot of room for more plotlines and character development. I find myself reading magazines and clicking around the internet on my phone while it's on, and I don't miss anything. I guess I just wish it were a lot denser. And rated NC17 or R, but I feel that way about everything.