Log in with Facebook
or
Wrong email address or username
Sign up
Already on BookLikes? Log in!
Incorrect verification code
Please, check your email, the code to access your BookLikes blog was sent to you already.
Enter code:
« Back Send
back to top
Search tags: What-An-Animal-Reading-Challenge-2014 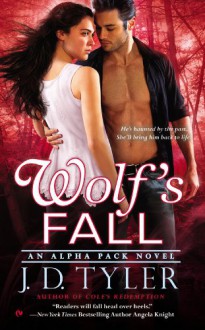 In this book, we have Nick, the Alpha Pack's alpha.  He is a born wolf, which makes him pretty much immortal.  He is a couple hundred years old.  In a previous book, Nick was taken by vampires and was traumatized when one fed from him. Vampires feeding are quite a sexual experience.  It left him with a case of PTSD and starts the book off in a very bad place in his own head.

Calla is a vampire princess.  She has already lost her mate. She is very understanding of Nick's predicament with his fear of vampires.  Her ability to see past Nick's faults and to work with him, really show what a perfect mate she is for the old Commander.  She isn't the kick ass heroine that I normally look for in a book, but she has some really great traits that endear her all the same.  Even though she isn't a trained warrior, she picks up a gun and helps in the fight.

In this story, the Alpha pack are called to help their new vampire allies with some rogues that are attacking their coven.  It takes a while to figure out how these vampires have the information.  There is mole in the coven or the pack.  There is also some serious motivation to attack.

This series once again delivers a great story with interesting characters.  Not only do we have shifters, most of which who are werewolves, and vampires, there are also several other species, including the Fae prince who has been exiled from him realm. There is also a new species that is introduced in the series who is playing for the bad guys.

While this is the sixth book in the series, you could read/listen to this one as a stand alone, but probably isn't quite as good as if you had read the whole series.  For those of you familiar with this series, the story takes place mostly at the vampire's coven.  We don't see as much of the characters from the compound.  We do see some of the characters of previous books, but only in a side role.

Normally, I'm not a fan of changing narrators mid-series, however, I think in this case, I won't be complaining.  While I didn't dislike Kirsten Potter, I felt she was an average narrator.  Marguerite Gavin is a way above average narrator.  Her pace and tone are always perfect for the scene.  She does a great job with both male and female voices.  She really brings the story to life. She is a narrator that I've looked at other series based mostly on the fact that she was the narrator.

I like to thank Tantor Audio for providing me with a copy of this audiobook in exchange for an honest review. 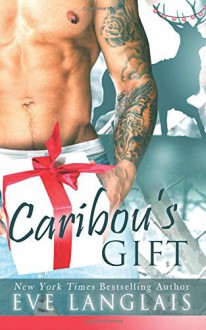 I'm not usually a big fan of Christmas stories, but if it is part of series that I'm already reading, I'll usually read it. In this case, just reading the blurb would've gotten me to read. I mean, trying to get former military caribou shifter to play Rudolf in a Christmas parade, how funny is that?

That's not it, there is a story outside of the funny. Crystal is running from a controlling, stalker ex-boyfriend. She moved to Kodiak Point to hide from Malcom along with her young daughter, Gigi. Crystal is a cougar shifter and took on the job of putting together the Christmas parade. A few days before, one of the reindeer dies and they are down to only 8. Her daughter really wants to see Rudolf and Crystal is willing to do anything to make her daughter happy.

Kyle is former military. He is also the town's player. He has a smile that gets all the women's attention. He is very prideful and is willing to be punished by his alpha to avoid playing to be dumb animal. That is until he finds a scare little girl hiding in the barn. Oh, and this little girl belongs to the hot new cat in town that is the only woman who won't give him the time of day.

The romance is a little fast, especially considering that both Kyle and Crystal have issues. But this is novella, 100 pages, so you have to expect that. The story is really cute. Kyle's relationship with Gigi is great. The story also shows issues that happens with women and single mothers all the time. I had fun reading it.

While I love this series and highly recommend every book in this funny sexy shifter series, this book can be read as a stand alone. If you haven't started the series, feel free to read this Christmas story during the holidays, then go back and read the rest of the series.

Very cute. Caribou shifter gets talked into play Rudolph in the Christmas parade to make one little girl happy. Full review will come. 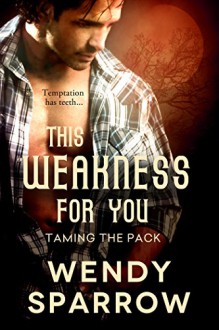 I found this author earlier this  year when I read the first book to this series, Past My Defenses.  I saw someone tweet about this author writing about a werewolf that had massive allergies to everything under the sun.  I bought and read that book and really enjoyed it.  I mean, how can you not love a story about a potential alpha werewolf who can be taken out by a house cat or marshmallows? So I jumped at the chance to review book two in this series.

We’ve already met our main characters in the first book, even if their roles weren’t large roles.  Crista is the sister of Dane, book one hero.  She owns the house cat that I previously mentioned.  The cat’s name is Lucifer.  Crista is a very strong individual.  She is a human who knows nothing about werewolves.  She also has MS, multiple sclerosis.  If you are not familiar  with this disease, that can really take a lot out of a person.

Jordan is the alpha of the pack.  He is also the only Lycan in his family.  While both of his parents are full Lycans, neither of his brothers ever shifted.  Then not only is is a Lycan, but he becomes alpha of a pack.  This made for a lot of struggles between him and his brothers.

In this world, a couple will scent match, meaning that they know their mate at first smell.  Jordan fights the scent match because he has not had much luck with women.  He has had several girlfriends who were crazy. So when he scent matches with Crista, he is extremely hesitant.

There is suspense in this story as Jordan helps some former packmates to track some poachers. Poachers are humans who hunt and kill Lycans to sell their organs on the black market.

I love that Marguerite Gavin is reading this.  Kirsten Potter wasn't bad, but Gavin is one of my favorites.