Log in with Facebook
or
Wrong email address or username
Sign up
Already on BookLikes? Log in!
Incorrect verification code
Please, check your email, the code to access your BookLikes blog was sent to you already.
Enter code:
« Back Send
back to top
Search tags: Wolf-Shifter 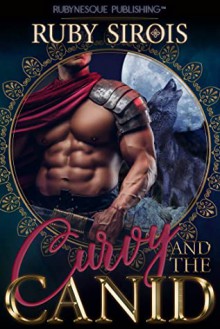 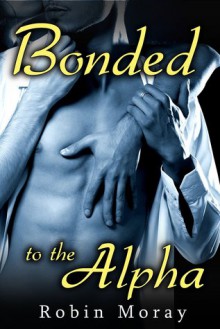 Bonded mates are rare, and every wolf knows that the killing of a bond-mate is punishable by death. But nineteen-year-old Callum is fully human, woefully ignorant of Pack Law, and when an accidental encounter with a frenzied beta leaves the wolf dead and Callum battered but alive, he finds himself facing the wrath of the pack -- until the dead wolf’s mate invokes the right to claim Callum as his own.

With his life on the line, Callum’s only choice is to bond with the troubled alpha, and carve a place for himself in the pack by any means necessary.

Taking the bond was the worst mistake Nero ever made. But now, with his bond-mate dead, the clock is ticking. He needs to bond again by the full moon, or his next transformation will kill him. That’s all he needs the human for, just a means to an end. At least that’s what he tells himself, but as the bond takes hold he finds himself falling deeper into something he swore he would never do again.

This wolf shifter romance moving along pretty nicely and then it did that thing where it just ended. Like the author was going to write a serial. Bleh.

The next book in the series feature the same couple, the third one 1/4 features them and in the 4th they just some up. I have read the 4th book and its much better.

There is good writing here but so many threads that lead to no where that I am not inclined to read the rest of the books.

Wolf's Sweet Chipmunk by Tara Harris is a short paranormal book, a good choice for shifter fans with limited reading time.  Ms. Harris has provided us with an amusing story.  James is an alpha wolf shifter and meets Earnest, an omega chipmunk while working at the library.  Their story has drama, humor, lots of M/M sex and a little action.  This is a complete book, not a cliff-hanger. 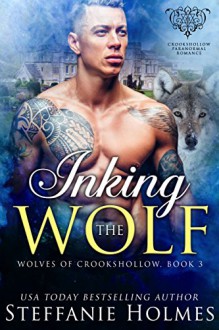 'Inking the Wolf: A wolf shifter paranormal romance ' by Steffanie Holmes is book Three in the "Wolves of Crookshollow" series. This is the story of Bianca and Robbie. I haven't yet read the other books in this series, so for me this was a standalone book.
Bianca grew up in Crookshollow but when she was sixteen she was kicked out of her home after being found with a girl and parting. Bianca is bisexual and her family in not excepting of it so she makes the best of it. But now her Grandmother, June Sinclair has died about six weeks ago and left her the Victorian House that Bianca has always thought would make a great Art House. But her Grandmothers lawyers point out that to accept or get the house Bianca has to be married.
Robbie is her friend who she met about three months ago. Bianca and Robbie have some things in common with their family life and a few other things that have drawn them close. When Robbie suggest that they marry to fulfill the will that says Bianca has to marry a man to inherit the house. Bianca ends up agreeing and they move forward to do so. But we learn that Robbie knows that Bianca is his mate and that he is in love with her. But Bianca thinks of him as just a close friend but after their kiss she starting to see him in a different light.
Exciting story.
"My honest review is for a special copy I voluntarily read."
https://www.amazon.com/gp/profile/A2HX0B5ELOPP5Z?ie=UTF8&ref_=sv_ys_3
https://www.goodreads.com/user/show/1831318-sissy-s-romance-book-review-for-you
https://twitter.com/soapsrus68
https://www.facebook.com/RomanceBookReview
http://sissymaereads.blogspot.com/
http://booklikes.com/blog
https://romancebookreviewforyou.wordpress.com/
https://www.tumblr.com/blog/romancebookreviewforyoublog Young, handsome, and the alpha of his wolf pack, Brandon has never had trouble finding men to have sex with. Only one thing is missing--his mate. Brandon can’t find him, and the rest of his pack is growing concerned about his lack of partner. An alpha needs a strong partner.

Things seem to be looking up when he finally finds his fated companion in Aidan. One problem—Aidan’s asexual, and Brandon’s now confused. Who doesn’t want sex? Aidan, that’s who. And Brandon hasn’t got a clue how to make someone love him without it.

It's going to take some serious self-examination, acceptance, and some really good cake for Brandon to make his way into Aidan’s heart.

A pretty bland wolf shifter romance made more interesting by the fated mate being asexual.

The world building needed much more detail but the characters and character driven conflict was intersting. Needed more time.