Log in with Facebook
or
Wrong email address or username
Sign up
Already on BookLikes? Log in!
Incorrect verification code
Please, check your email, the code to access your BookLikes blog was sent to you already.
Enter code:
« Back Send
back to top
Search tags: agoraphobia 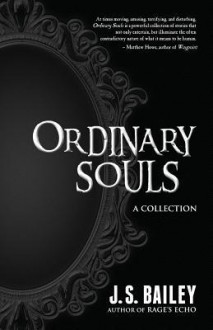 Just finished Imaginary Friend - This story is a prequel to “Rage’s Echo” a novel by J.S. Bailey I haven’t read. Knowing nothing about Rage’s Echo, I really enjoyed this story. It was sad, but sweet at the same time.

Just finished - Weary Traveler - I really liked this one. It was spooky. I like how you are not sure what is real and what might be supernatural.

Just finished - Journal Entry From The End Of The Universe - This one was told in journal entries. I really liked the format. This story makes you think about what matters and to be careful of what you wish for. The thing you wish for might not be what it is cracked up to be.

Journal Entry From The End Of The Universe - 5/5

Just finished The Outing - This one seemed like it would be a sweet story about an average looking man (he pretty much describes himself as such) and a younger woman he thinks is out of his league getting together and getting married. It is a much darker story than that. I can’t say much without spoiling anything, though. I liked the story, but I wanted more, or a little more “oomph.”

Just finished The Author, The Lonely Walker and The Class - This one is interesting. It is a story within a story…within a story. I’m not going to say it isn’t confusing at first. I'm not usually a fan of this, but I think it was handled well here. This kind of story (especially considering it is so short) is a hit and miss for a lot of people, but I liked it. I feel like I could also relate to “the author” who talks about what I assume is social anxiety and having meltdowns in public. I don't want to spoil anything, but I relate to "the author" and "the lonely walker" in other ways, too. Really solid writing style.

Just finished Agoraphobia - This story hits too close to home. It was written in the second person, so that made it even more personal as if I were the main character. Thankfully, it gives a hopeful message. 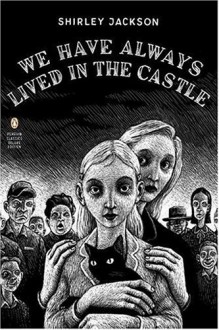 The Blackwood family used to be much bigger, but now there is only 18-year-old Mary Katherine (Merricat), her older sister Constance, their Uncle Julian, and Merricat's cat, Jonas. Merricat is the only Blackwood who ever leaves the house. She does all the grocery shopping and tries her best to act normal and unafraid, but inside she is a seething mass of rage and fear, quietly wishing all the townspeople dead as some of them taunt her. When she is not running errands, she spends all her time playing with Jonas and devising protections for her home that usually involve burying or hanging items around various places on Blackwood land. Meanwhile, Constance cheerfully and patiently cares for her and Uncle Julian, who is unable to walk and who spends his days writing about and obsessing over an event that occurred several years ago. The delicate balance of all their lives is disturbed by the arrival of Charles, Merricat and Constance's cousin and Julian's nephew.

This was a deeply distressing story.

I enjoyed the beginning. The Blackwood family's past was hinted at, and I came up with theories as to what had happened, who was involved, and how they were involved. The pacing didn't always work for me, and the book dragged more than a bit after Charles arrived, primarily because I thought I knew where Jackson was going with the story and I wanted her to finally get on with it.

As it turns out, I was exactly right about what happened to the Blackwood family - it's so easy to guess that I'm not even sure it counts as a spoiler. I was very wrong about where Jackson was planning on going with it all, however. When things finally came to a head, the results were unsettling and utterly horrific.

I don't suppose I liked the pacing after that much better, but it didn't seem to matter as much. I was compelled to find out just how far Jackson would go (thankfully not as far as I feared - I'm not sure I could have taken it). This is only the second work of hers that I've read or listened to, but it's enough to see that she's a master at writing increasingly unsettling heroines. I wouldn't call Merricat likeable, but overall she worked better for me than The Haunting of Hill House's Eleanor. I went from feeling annoyed and frustrated with Merricat and her childishness, to horror at her and Constance's relationship, to nearly crying for the both of them at the end.

By the end of the story, quite a few things are up to the reader's interpretation. Unfortunately, most of the big questions I had were never answered. Like the pacing, this didn't seem to matter as much to me as it should have. I was too raw from listening to Constance and Merricat try to cobble together a new "normal" for themselves to care that I hadn't gotten all the details about the Blackwood family's fate that I'd wanted, or more details about what was going on with Constance.

Bernadette Dunne's narration was great. I enjoyed her voices for all the main characters. The only things that irked me a bit were her voices for the town boys, which sounded cartoonish and contributed to a theory I had (and soon scrapped) that the taunting was all in Merricat's head.

I wasn't sure how to rate this. I settled on 4 stars, even though it left me feeling terrible, because of how compelling it was.