Log in with Facebook
or
Wrong email address or username
Sign up
Already on BookLikes? Log in!
Incorrect verification code
Please, check your email, the code to access your BookLikes blog was sent to you already.
Enter code:
« Back Send
back to top
Search tags: baby-talk 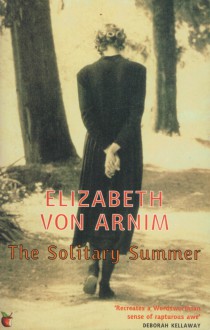 More baby talk about the hereafter, occasioned by the "June baby"'s insistence that she doesn't want to go to paradies because there's nothing there for her to play with, which prompts this response by her sisters and her mother:

"'Why, she can play at ball there with all the Sternleins if she likes!'

The idea of the June baby striding across the firmament and hurling the stars about as carelessly as though they wre tennis-balls was so magnificent that it sent shivers of awe through me as I read."

The stars' tennis balls, out of the mouths of babes -- what say you now, Messrs. Shakespeare and Frey?

I love the three "babies'" schoolroom debates.  And their debates while playing.

And Elizabeth must have had great confidence in the linguistic prowess of her readers ... 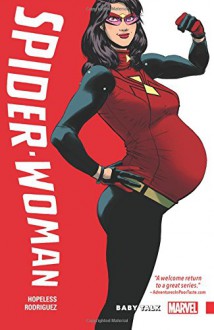 This comic made my little feminist heart flutter in a whole new way. Female friendships! Kickass women! Truth about maternity and motherhood and being a new mom and just one embellishment about what is humanly possible immediately after a c-section.

While it is part of my shtick to concentrate on women written books, I do make exceptions for women-led comics. It's a representation thing. So I picked up this comic while perusing Barnes and Noble on one of my few kid-less ventures out. My husband and son stayed with family between Christmas and New Years while I went back to work for the few workdays that existed in between, so I had no one to rush out of the house and no one else's timetable to consider while sitting in my favorite bookstore. I know, I know, I should love indie bookstores and mom and pop shops but this is my favorite. I move around a lot so those change but Barnes and Noble is everywhere in the US plus it has it's own nostalgia for me since I worked in one in high school. In the cafe. It's still one of the best jobs I've ever had. Anyway, getting back to Spider-Woman.

I picked it up because it's a woman-led title and I thought it was semi-interesting that she was pregnant. And then I fell in love. As stated in the beginning, my little feminist heart fluttered.

She's just so...... so...... every woman I've ever known who had a career she loved and wanted a kid and to be a good mom but wasn't really nurturing. Yeah, that includes me. Of course, as a fictional character and Avenger there were lots of differences in the situation, but she's just so..... representative of the mom-struggle. And it only gets better because I also read Spider-Women which was awesome and will be reviewed next week. Anywho, there is just all of that and then some more.

Aside from the mom-struggle, the volume also features an incredible support system. I don't want to go into details and spoil anything but it seems to me that her friendship with Captain Marvel was fairly established already, so I won't consider that a spoiler. And it's a great friendship. Respect. Boundaries. Support. A helping hand.  Someone who knows you well enough to know when they're needed and not butt in when they aren't. Someone to vent to about even the good things. What more could a girl want in a BFF?

It's a comic, so I feel compelled to bring up the art as well. It's really well done. Nothing is particularly sexualized, which I love and appreciate. She's old enough to want to be a mom and she's not drawn like a teenager, which I also appreciate. Even in her not-pregnant frames, she's drawn like a full grown woman, on who has a few years under her belt but isn't old either. I love that. And her pregnant look is pretty awesome. Hero shirt is open with an undershirt and belly poking out. Pretty sure every woman who's gotten to that stage of pregnancy has done that with some outfit that they just can't cram that belly into anymore.

Getting back to the story-line part of it, she also acts like a grown up and is treated respectfully as an experienced person to not mess with. Well, unless the other person is an idiot minion of the villain who can't see past a big, pregnant belly. But that's their mistake. Do we all really get treated like little fragile dolls who couldn't possibly have ever done anything other than be fragile when we're pregnant? I guess it's not just me. She's expected to not fight crime while pregnant, I was barred from standing on a step stool. Seriously.

So, to sum it all up, Jessica Drew and Spider-Woman are among my new favorites and this is definitely a title that I plan to keep up with in the future. 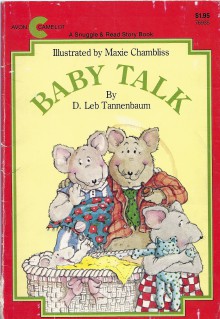