Log in with Facebook
or
Wrong email address or username
Sign up
Already on BookLikes? Log in!
Incorrect verification code
Please, check your email, the code to access your BookLikes blog was sent to you already.
Enter code:
« Back Send
back to top
Search tags: historical-novels 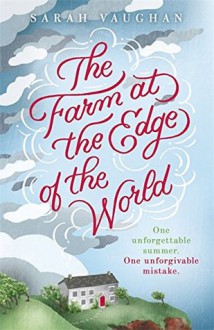 "The Farm at the Edge of the World" is the second Sarah Vaughan novel I've had the pleasure of reading. It is a generational story spanning a little more than 70 years - from the earliest days of the Second World War to the summer of 2015 - that faithfully evokes the essence and spirit of an era fast receding into history, as well as a tangible look and feel of contemporary Cornwall.

The novel begins with the evacuation of a brother and sister - Will, 13 and his younger sister, Alice, 9 - from London to Cornwall in Southwest England shortly after Britain had declared war on Germany in September 1939. Many families with young children in London, fearful of being bombed by the Luftwaffe, entered into a government plan which relocated children from the urban areas of the country judged likely to be subjected to bombing to the countryside. Children were considered to be in places of greater safety in the countryside. So it was that Will and Alice Cooke were put in the care of the Retallick family, who owned and lived on a granite farm (Skylark) near the Cornish cliffs.

As I said, this novel is a story that spans the generations. And thus, the reader is provided in alternating chapters, views of the life Will and Alice had with the Retallicks at Skylark through most of the war to Skylark some 7 decades later. In the latter period (i.e. the summer of 2014), Maggie - who had befriended Will and struck up what began as a close friendship with him -- is nearing her 90th birthday. Her granddaughter Lucy, a nurse by training, has left London, where she lived with her husband Matt, to return to Cornwall to help her family from losing Skylark. She had lived many years in London, but in light of her father's death, feels the need to reconnect with her family. The author skillfully brings to life the struggles and divisions within the family in light of Skylark's troubles. This is wonderfully contrasted with life there during the war, which brought Will and Maggie Retallick closer together as both neared adulthood-- before Fate cruelly separated them.

The more I read this novel, the more the story grew within my imagination. There is something about Cornwall that is both evocative and mesmerized, situated as it is hard by the Atlantic Ocean. (Ever since I read the Poldark novels over 10 years ago, I have become utterly enchanted with Cornwall. I hope someday to visit there.) Vaughan has a knack for creating characters with whom the reader can relate to because they become real people. I love the way she writes.

"THE FARM AT THE EDGE OF THE WORLD" is a novel the reader will find him/herself reflecting upon long after he/she has read it, for it is very well told and has elements of love, loss, nostalgia, hope, and rediscovery. 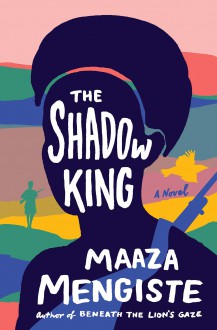 From reading “THE SHADOW KING”, I developed an ambivalence about it that is hard to explain. Nevertheless, I will try to do so. The novel is set in Ethiopia during 2 critical periods in its history. It begins in 1974 as the country totters on the brink of revolution amid student protests and the scourge of drought in much of the countryside.

One of the main characters in “THE SHADOW KING” is Hirut, a quiet yet strong and resolute woman, who, in her youth had led a humble existence as a servant in the home of a prominent community leader (Kidane). She is sitting in a railway station in Addis Ababa, awaiting the arrival of a Italian photographer (Ettore Navarra), who decades earlier, had played a somewhat adversarial role against Hirut in particular – and against Ethiopia, in general.

The novel then shifts to 1935, where the reader experiences the younger Hirut and the dynamics of her relationships with Kidane and his wife Aster, a rather headstrong woman who feels neglected by her husband and looks upon Hirut as the unwelcome ‘third wheel’ in the marriage. Hirut has little freedom and when Kidane took away the vintage rifle with which her father had once taught her to shoot – for the use of one of the men in a militia unit he is forming because of the likelihood of an impending Italian invasion --- she harbors a deep resentment towards him.

With Italy’s invasion of Ethiopia, the nature of the relationships among Kidane, Aster, and Hirut changes considerably. Both women come to assume more prominent roles as part of a insurgent resistance movement to Italian control. Kidane is both a strategist, as well as a battlefield commander with his coterie of junior resistance leaders to assist him in bringing more people into the resistance and in carrying out harassing raids against scattered Italian units so as to acquire additional arms with which to continue the struggle.

The crucial element in keeping the resistance alive is what comes to be known as “the shadow king”. This is a brainchild of Hirut when she discerns one day by chance that one of her comrades bears a striking resemblance to the nation’s emperor, Haile Selassie. A plan is then concocted by Kidane of dressing this man in some of the formal clothing of the emperor which someone in the resistance had managed to obtain earlier. This “shadow king” would accompany the resistance group wherever they travelled from their mountain hideout to show the people that the Emperor Haile Selassie – contrary to reports that he had left the country and was living in exile in Britain – was very much with them in their fight to free Ethiopia from Italian rule.

Ettore Navarra is a soldier in his early 20s assigned to Ethiopia, where he carries out various photographic assignments (he is already a skilled photographer) for his commander, a colonel known for the infamous work he had done in Libya in securing ‘native pacification’ there. It is in this role that Ettore encounters Hirut – along with Aster. I won't divulge how that comes about. But as often happens in war, destinies of various people can become interlocked in unexpected ways.

I appreciate this novel because I learned in some measure from it the impact the Italo-Ethiopian War of 1935-36 had on the Ethiopian people, as well as the harsh methods employed by the Italians to pacify and control the country during the 5 year occupation that followed. What I didn’t much like about the novel was the way the author would tell it. This was done with a thin interface between the narrator and the characters. I must admit I’m not a fan of the narrative voice in novels. I want to know the characters directly via their inner thoughts and outer actions. I don’t like feeling that I’m being shielded from them in a way by a narrator, whom by its very presence, puts itself up as a ‘god in the novel’. That’s why I’m giving “THE SHADOW KING” one less star than I would have given it otherwise, were its characters given the freedom to fully express themselves. 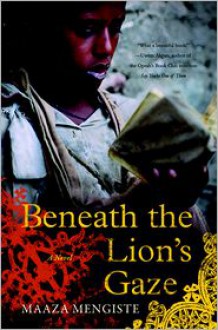 "BENEATH THE LION'S GAZE" tells a story of a family caught up in the full fury of a political revolution that took place in Ethiopia in 1974.

In reading this novel, there were parallels between the overthrow of the Emperor Haile Selassie of Ethiopia and the outbreak of the French Revolution in 1789. Both countries on the eve of revolution suffered from failed harvests and simmering internal dissent. In Ethiopia's case, a group of military officers formed a collective known as the Derg and forced Haile Selassie to abdicate.

"BENEATH THE LION'S GAZE" conveys the full force of the reign of terror the Derg imposed on Ethiopia, the courage many Ethiopians showed in organizing a resistance movement (which ended up being brutally suppressed and stamped out by the late 1970s), and reinforced in my mind the corrosive effect bloody revolutions have on every aspect of society within a nation. 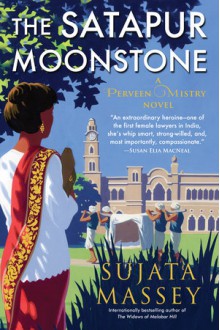 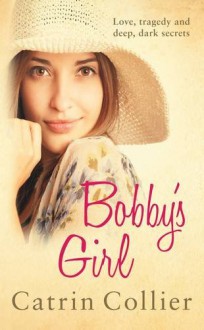 "BOBBY'S GIRL" is a novel that contrasts what was the summer romance during 1968 between Penny John, a young Welsh art student in the U.S. (as part of a student exchange program with her best friend Kate) and Bobby Brosna, a 20-something American -- who turns out to be heir to an immense family fortune tightly controlled by a cruel, autocratic grandmother --- with the life 19 years later of the now nearing 40 Penny, who has managed to pick up the pieces from what had been a horrible tragedy in her life in 1968 and make a living for herself as an illustrator while raising a son largely on her own.

The novel brings together the two time lines in Penny's life and ties up several loose ends from the past. On the whole, "BOBBY'S GIRL" is well-written and has a rather surprising ending. But it's not a novel that I would be inclined to re-read. I enjoyed the ride, but now I'm ready to seek other literary vistas.

(The odd thing is that the title itself evoked for me the 1962 Marcie Blane song of the same name - 'BOBBY'S GIRL' --- which would run through my mind from time to time as I read this novel.)