Log in with Facebook
or
Wrong email address or username
Sign up
Already on BookLikes? Log in!
Incorrect verification code
Please, check your email, the code to access your BookLikes blog was sent to you already.
Enter code:
« Back Send
back to top
Search tags: in-order-to-live I appreciate Park telling her story and including how hard it was for her to do so. It can be something that we miss sometimes when people write memoirs that not everyone has a story that they are comfortable with everyone knowing. Sometimes we have things that we'd rather keep hidden about ourselves and Park definitely relates that feeling. She includes the shame she felt at different times and her paths to overcoming it and the times when she didn't. She gives us her story so that we can understand the plight of those who share her circumstances but that often go unheard.

I appreciate that she didn't get into the gory details. She discusses being raped and beaten (sexual violence being the most prominent trigger in this book), but she doesn't go into detail about how it happened. It's selfish of me to appreciate that but I do. This is not a comfortable book to read, but it's a necessary one and I get the impression that she didn't want to relive the details any more than I wanted to hear about them. But this didn't keep her from sharing what happened, she just laid it out there.

The other thing to appreciate about this is that when we hear the way violence happens, we sometimes miss what it is. I know it sounds ridiculous, but it's possible to describe a beating or rape without using those two words and I feel like books that do that can miss something very important. They miss that these terms are used for actions that happen in a multitude of circumstances and are not designed for use for the perpetrator. Park says that she was raped and we don't miss it underneath the coercion that was used against her. The ability to name what has happened to you and not just describe the way it happened instead is powerful. It erases any idea that it could have been something else. It makes it clear to the reader that there is no question as to what happened and that the way it happened is less important than that it happened. To me, it was pretty powerful way to approach discussing that part of her story.

I appreciate that she doesn't out others or tell their stories.

I appreciate that she admits to having mixed feelings about people in her life, even those that trafficked or helped her.

I appreciate describing the unusual relationship she has with religion between her North Korean upbringing and the missionaries she met.

I appreciate the in-depth description of what it was like to live in North Korea as a child and all the ways that she was taught to think and to be a loyal subject.

It's odd to say that I liked a book about such topics but Park made it easy to read and relate to. While it would be better to live in a world where these things didn't happen anymore, I appreciate that this book is out there to give an understanding of what it is like to go through all of this, to have to live with it and to try to get beyond it. It is essential for us to understand that this happens and how it happens in order to begin to work to eradicate it. Park knows this and even explains that this was a driving force behind her writing the book. So, yeah, I like the book. It's written well and it's important for us to read.

I wouldn't recommend it for high school or young adults because of the content, despite that she was in this age group during most of the book. I'd recommend it for anyone at or above college age, especially those who are working to understand the way the world around them works. In Order to Live is for feminists who wish to reach out internationally and for aspiring human rights activists. It is for missionaries and aid workers who will probably run into women and girls who have been trafficked. Recommended to Bettie☯ by: Laura
Recommended for: BBC Radio Listeners
Read from October 23 to 30, 2015 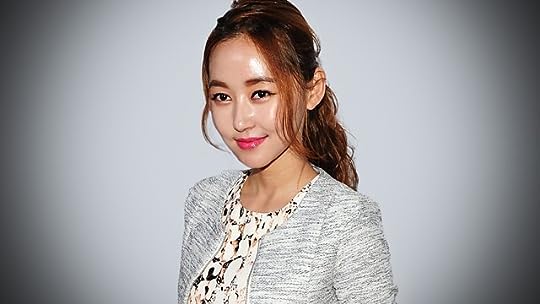 Description: Human rights advocate Oona Chaplin reads the North Koeran defector, Yeonmi Park's remarkable account of her escape from one of the world's most repressive regimes, and her struggle for survival. Aged thirteen, she and her mother crossed the North Korean border into China where the pair fell into an underworld of human traffickers. Following their harrowing experiences, the two crossed the Gobi desert into Mongolia before they finally found freedom in South Korea. In today's episode, Yeonmi Park recalls what it was like to grow up in a dictatorship.

Twenty-two year old Yeonmi Park is now based in Seoul. She is travelling the world and speaking as a speaker and human rights activist.

1/5: Recalling wjat it was like to grow up in a dictatorship.

2/5: A turning point was reached when Yeonmi's sister goes missing.

3/5: After a daring escape into China, events take a dark and disturbing turn

4/5: A new and dangerous plan to find freedom takes shape. We Tell Ourselves Stories in Order to Live is a collection of Didion's nonfiction work, including Slouching Towards Bethlehem, The White Album, Salvador, Miami, After Henry, Political Fictions, and Where I Was From, stopping in 2003 before the deaths of her husband and daughter. I got bogged down in the more historical and political essay collections and took a long break after Miami but picked it back up and finished reading. Slouching Towards Bethlehem and The White Album are stellar, with Didion's sparse and biting prose describing the way of life and climate of the 1960's. Didion's essays on more personal topics, like keeping a journal, are insightful and interesting. Where I Was From comes back to this theme and is the later of Didion's work that I enjoyed best. The more historical and political focused ones are less interesting. I'm not sure if I got bogged down in Didion's somewhat indignant tone or maybe the actions of the United States in the latter half of the 20th century are just going to be very depressing. In Political Fictions especially, with the focus American politics of the 1990's, Didion took a heavy hand in condemning those involved. It's justly deserved criticism, but lacks the variety in topic of some of Didion's other work. I'm glad I stuck with this one, and Slouching Towards Bethlehem I would definitely read again.
More posts
Your Dashboard view:
All Reviews Text Photo Quote Video URL Activities
Liked posts Top Tags
Press About Terms of Services Privacy Policy Contact Us Blog FAQ Patronaty medialne BookLikes for Authors Partners panel more...
Team Themes Docs API Blogs
Copyright © 2022 BookLikes