Log in with Facebook
or
Wrong email address or username
Sign up
Already on BookLikes? Log in!
Incorrect verification code
Please, check your email, the code to access your BookLikes blog was sent to you already.
Enter code:
« Back Send
back to top
Search tags: jeckyll-and-hyde 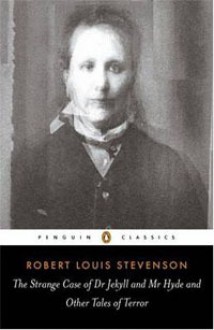 The Strange Case of Dr. Jeckyl & Mr. Hyde has been eyeing me from my TBR pile for quite some time now. It's been patiently waiting for me to choose it over the stacks and stacks of other choices. The reason it's always been the bride's maid and never the bride is because it falls into that unsavory category - classical literature. And for me, classical literature can be about as appetizing as swallowing a handful of broken glass. Oh, I've had a few triumphant moments with literature. Frankenstein, War of the Worlds, HP Lovecraft tomes, even Twain, Fitzgerald and Golding. But for every Catcher in the Rye, there's Moby Dick and The Tale of Two Cities. I try. I really do. I want to love literature, but I don't think it loves me back. Alas, I periodically go back to the well and try again. This time, it was Stevenson's tale's turn to suit up...and I'm glad it did.

We all know the basic premise of Jeckyll & Hyde. The lovable Dr. Jeckyll explores a way to rid himself of his dark urges by attempting to concoct an elixir that will dispel his dark side. Instead, it transforms him into the evil and wretched Mr. Hyde. Stevenson had me hooked with his storytelling from beginning to end. The tale is intriguing in the exploration of Jeckyll's alter ego and the imbalance of chemicals that brings him out. In man's search for purity by tinkering with Mother Nature, we discover that there is something so vile and impure lying beneath the surface waiting to escape. Is every human capable of evil? Do we all have evil within us, lying in the weeds waiting for it's chance to surface? If so, what keeps the lid on the boiling pot, preventing it from spilling over into the outside world while others cannot keep the same lid securely fastened? It's an interesting question, the duality of man, and one that Stevenson not only makes into an entertaining read, but also a thought-provoking one.

4 Tainted Salts out of 5

October was a surprisingly a good reading month for me! I read around 3000 pages in total, which is huge because I also had to study (like - a lot) and because of that I didn't think I could read that much. These are the books I read in October:

I also read around 300 pages of The Complete Tales and Poems by Edgar Allan Poe. 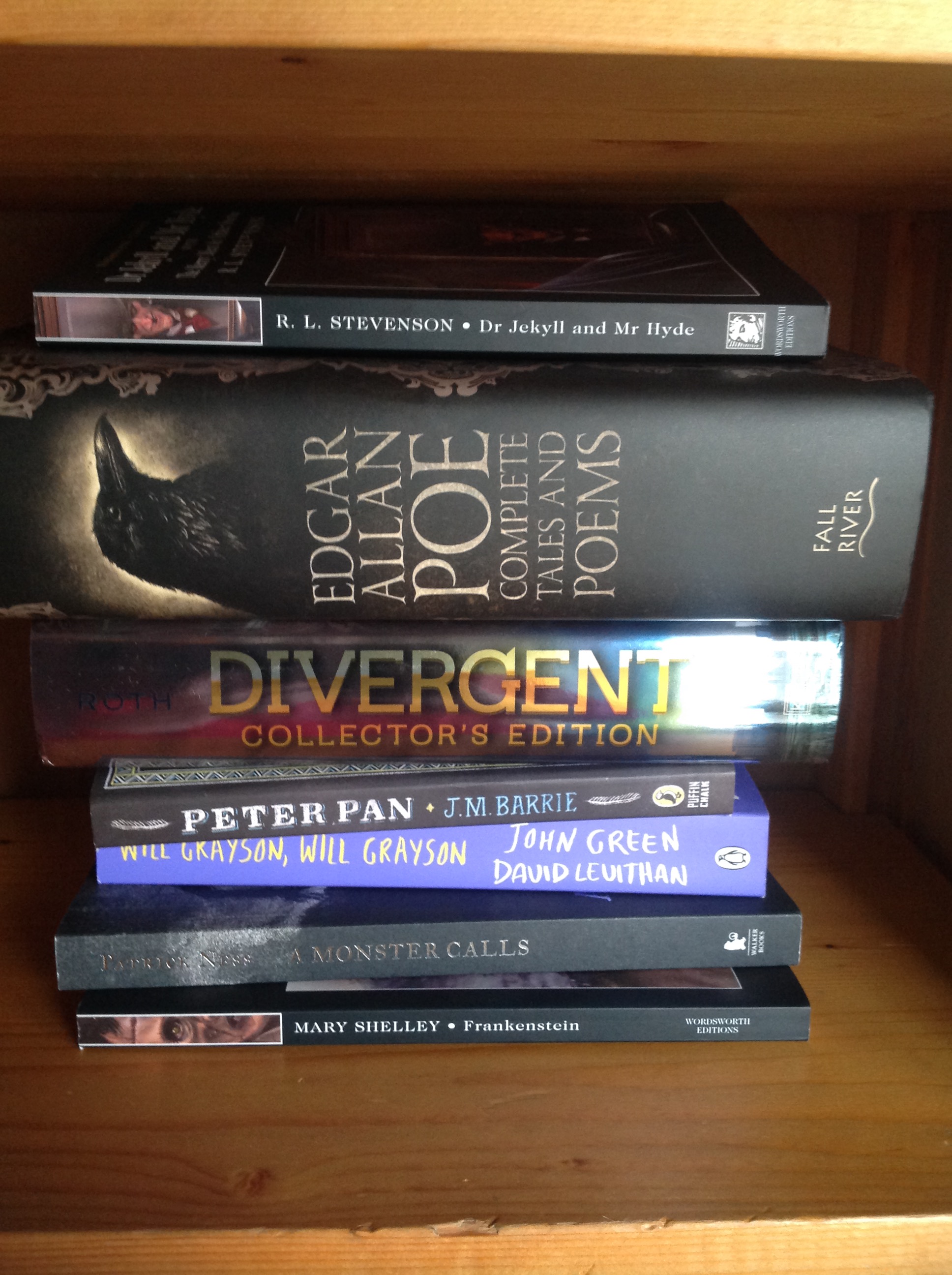 I read the Lux & Vampire Academy series on my ereader because the covers are so ugly and even though both series are amazing, I don't think I want to re-read them so that's an other (good) reason.

I decided that I'm not going to do tbr's anymore. With that I mean not strict tbr's but there are some books I would like to read in November:

- The Scarlet Letter by Nathaniel Hawthrone

- Some of Vampire Academy or Lux series

and I would also read/finish those I'm currently reading and I got some reviewcopies from publishers/authors I would like to read as well.

Which books you have read in October has become your favorite?

On their weekly walk, an eminently sensible, trustworthy lawyer named Mr. Utterson listens as his friend Enfield tells a gruesome tale of assault. The tale describes a sinister figure named Mr. Hyde who tramples a young girl, disappears into a door on the street, and reemerges to pay off her relatives with a check signed by a respectable gentleman. Since both Utterson and Enfield disapprove of gossip, they agree to speak no further of the matter. It happens, however, that one of Utterson’s clients and close friends, Dr. Jekyll, has written a will transferring all of his property to this same Mr.Hyde. Soon, Utterson begins having dreams in which a faceless figure stalks through a nightmarish version of London. 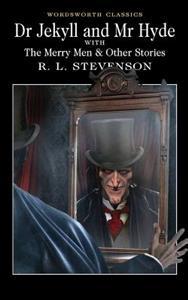 I have this edition (but the cover is different. I can't find the one with my cover) and as you can see it has other stories as well. I will review those stories an other time.

I loved the story! This is just a psychological classic and I loved the main theme: good and evil. I didn't know the ending because I haven't read/heard/watched anything about this story: I just wanted to read the book first. But I did heard Pretty Little Liars was based on this story so I was curious. I think the main thing PLL has similar to this book is the split personalities and the decision between good and evil. I love both.

I also found a video about this book and the author. You can watch it below if you want to (but be warned: it has spoilers in it):

Have you read Dr Jeckyll and Mr. Hyde and what is your favourite movie adaptation?