Log in with Facebook
or
Wrong email address or username
Sign up
Already on BookLikes? Log in!
Incorrect verification code
Please, check your email, the code to access your BookLikes blog was sent to you already.
Enter code:
« Back Send
back to top
Search tags: magical-tbr-jar

LINK to my promo spotlight post for Daughters of the Sea on Punya Reviews...: Once again Violet stumbles over a body. This time it is a Red Inker who is to read during the Poe-try Reading during the Wine and Food Festival in Cascade Springs. Violet feels it is up to her to solve the murder so a friend won't be arrested on circumstantial evidence. David Rainwater keeps telling her to mind her own business but she doesn't listen and harm comes to her. Now there are more questions than answers in Violet's life and in the murder and secrets are revealed.

I am enjoying this series. I like Violet and adore Emerson. That is one cat who has a mind of his own. I am also enjoying the triangle of Violet, David, and Nathan. I know which way I want that to go. The recurring characters are great and a few new ones are introduced. The mystery was good. I, once again, did not figure it out until it was spelled out for me at the end! I look forward to more in this series. 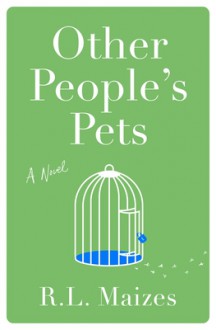