Log in with Facebook
or
Wrong email address or username
Sign up
Already on BookLikes? Log in!
Incorrect verification code
Please, check your email, the code to access your BookLikes blog was sent to you already.
Enter code:
« Back Send
back to top
Search tags: marla 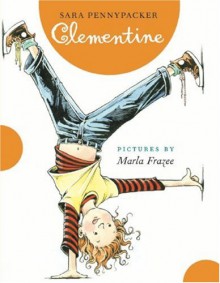 I read this book for summer reading bingo. I used it for the "being a girly girl is bad" box, and while I believe it fits that trope, it's not the worst offender out there. I really liked Clementine. Her hijinks reminded me of Ramona Quimby.

This book is to show kids that it takes all of us, a diverse population which includes adults and kids to do things. The people in the book are working on a community project together. There's a line in it that says something about kids not coming with instructions (or something like that), and it says grown-ups don't either. I thought that was a good point to make for kids.
Like Reblog Comment 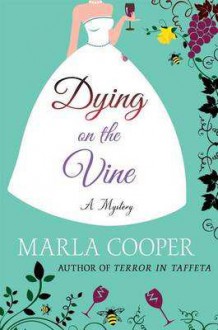 Dying on the Vine is the 2nd book in the Kelsey McKenna Destination Wedding Mysteries. I read book one and liked it very much. I have to say book 2 is even better then book 1, Terror in Taffeta. I like that in a series, When the next book is better then the previous book. It definitely will keep me coming back for the next book. I am gad that Marla kept the main characters from book 1 and kept them the same. I like to get to know the main characters in a series and have them basically the same. I also like getting to know them a bit better with each book and Mara has done that as well.

Who knew wedding planning was so cut throat? Kelsey has a new client and will be her "Day Of" planner for the wedding at the elite Higgins Winery. After talking to the client she finds out that rival wedding planner Bab's Norton was the original wedding planner. Kelsey calls Bab's to not only get her blessing before signing on the client but to also ask for the files she has for the wedding since it is mainly planned already. The next morning Kelsey goes to meet with Bab's where she finds her dead behind the couch.

Bab's assistant Stefan who hates Kelsey for some unknown reason starts passing rumors that Kelsey killed Bab's. Kelsey is not going to take this laying down. She enlists the help of her best friend and wedding photographer Brody to help her find the real killer and clear her name before her life and business is ruined because of the rumors.

Keep up the good work Marla. I will personally be waiting for book 3 in the series to see what wedding planner/armature detective Kelsey McKenna gets into next, and what destination wedding she will be planning as well.

This was a great little cozy mystery. I'd never read this author before and I am certainly going to be reading her in the future. The cover definitely caught my eye as well as the description and I'm glad that I requested this book.

Someone has it out for the wedding planners all taking place in the scenic wine country of Napa Valley. Or so it seems. Babs Norton the "official queen" wedding planner of Napa Valley is found dead in her office and Kelsey McKenna who just took over a unsatisfied client of Babs found her. Babs' partner is furious and accuses Kelsey of stealing the client and killing Babs. So starts the war.

There are many plots going on in this book including some nefarious things going on at the vineyard where Babs was the only wedding planner allowed to conduct business. There's also a little romance going on in the romantic setting of the beautiful Napa Valley.

A very entertaining book that I enjoyed reading and was glad that I requested.

Thanks to St. Martin's Press for approving my request and to Net Galley for providing me with a free e-galley in exchange for an honest review. 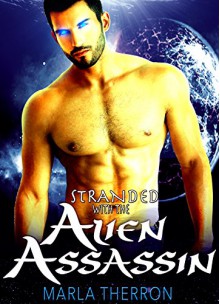 In a shocking turn of events, Jayne Mannet ends up stranded with an alien assassin, causing a conflict between her heart and her head.

In Imdali, it has always been about what the eye doesn’t see.

To a fast-talking girl from New York, it was never a place Jayne Mannet should have been. Being kidnapped and sold to the highest bidder, Jayne must find a way to escape and make her way back home, all the while trying not to lose her humanity in the process.

But that becomes difficult when one of them responsible for her kidnapping, a mysterious, secretive alien named D’Anil Troga, becomes closer and closer to her in ways that Jayne could have never expected, causing a conflict between her heart and her head.

This has a cold assassin as the hero. He is not a good guy. He is saturated in apathy.

The heroine is abducted and sold as a slave. I like her a great deal.

The world is pretty well drawn but I never settled into this book.

I never really bought the shift in the hero. There was a lot of action but I needed more romance for this book to work for me.