Log in with Facebook
or
Wrong email address or username
Sign up
Already on BookLikes? Log in!
Incorrect verification code
Please, check your email, the code to access your BookLikes blog was sent to you already.
Enter code:
« Back Send
back to top
Search tags: quarantine-2020 I've officially made it a whole week. I'm pretty sure we are all in one piece. Physically. I don't dare delve into anyone's mental state right now. Least of all mine.

What I hope is the final hammer dropped on Monday. My husband showed up at home four hours earlier than he normally would. His boss refuses to close until ordered to do so. Even then, rumor has it she's going to keeping car dealerships open is essential. Whatever. At any rate, because business is so bad, cuts are starting to happen. Three service department guys were laid off. Four parts guys. Two secretaries. One tech guy. The tech guy is my husband. The whole last in, first out thing.

Fantastic. I really wanted to have him home while I'm trying to keep my children from going insane and figuring out how to turn myself into the teacher I never wanted to be.

On Monday I gave up my reading/work corner. The girls now have it as a school/project corner. This isn't the first time I've given up my reading space. Last winter it was a dedicated Lego zone while Mother Nature kept up pinned indoors. However, I knew eventually I'd get that space back. This time, I have no idea when I'll get a space back.

Now that I've figured out how to add pictures (I no longer feel qualified to teach my children anything after not being able to locate an obvious button), I'm adding pictures to things. 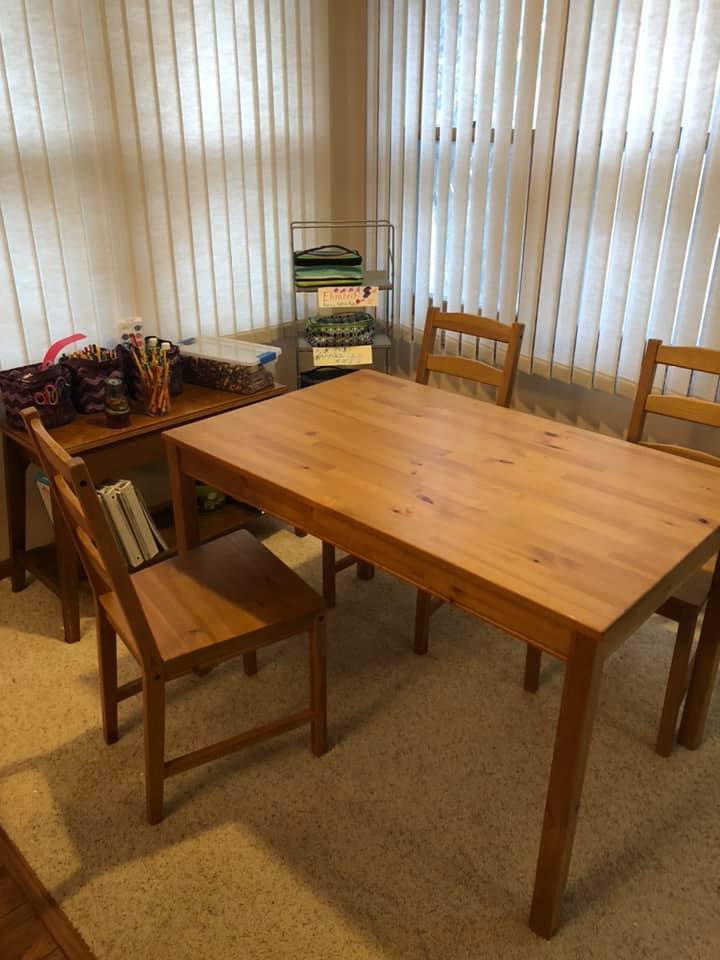 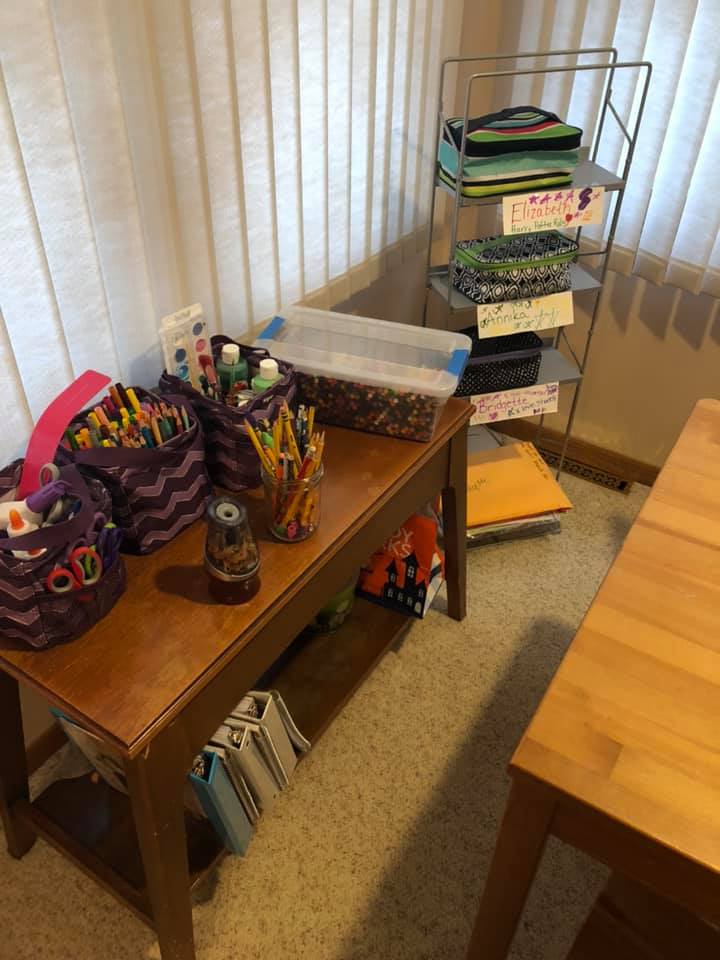 My poor library after I had to move all my stuff somewhere else. 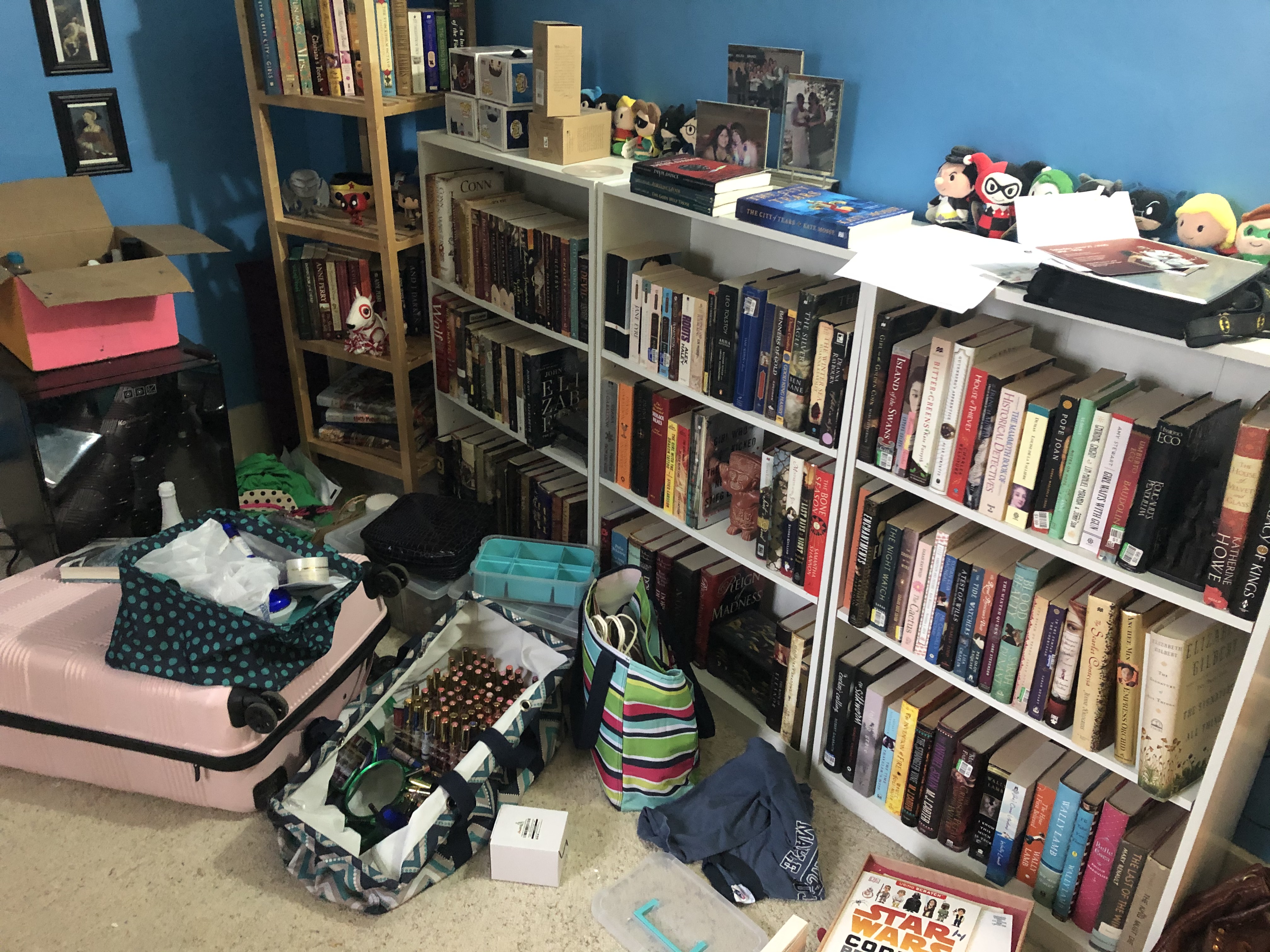