Log in with Facebook
or
Wrong email address or username
Sign up
Already on BookLikes? Log in!
Incorrect verification code
Please, check your email, the code to access your BookLikes blog was sent to you already.
Enter code:
« Back Send
back to top
Search tags: romance-makes-me-swoon 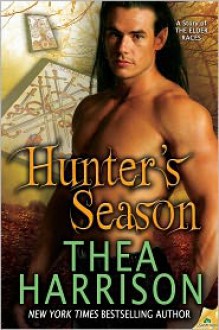 This follows two other books in the series which I didn't manage to finish, so I didn't have high hopes for it. I also didn't know the characters at all. But I fell in love with both of them -- steadfast, self-effacing Xanthe, and honorable Aubrey. There isn't really a whole lot of plot here, but the characters are charming, and most of the book is just enjoying them falling in love.

The theme: Series catch-up. Well, I read this one because I need to read the sequel… close enough.

What tickled me: Scarlet Pimpernel hero!

What ticked me off: There were a few missing scenes I really wanted to see.

Who might like it: Anyone who loves romance novels. The trappings may be different, but it’s all there.

I requested The Jade Temptress from NetGalley and then realized it was a sequel, so I borrowed this one from the library. How lovely to read a book primarily because it leads to another book, and then be dying to get to that next one when you finish! (I immediately bought my own copy of The Lotus Palace. Didn’t hurt that the ebook is on sale — ending today, btw.)

Yue-ying’s soul-destroying life in a brothel ended when her freedom was purchased by the famously lovely and witty courtesan Mingyu. Few notice that she is just as beautiful as her mistress, because they don’t see past the large red birthmark on her face. But the supoosedly foppish fool Lord Bai Huang notices. Yue-ying hasn’t been trained to be witty and captivating like Mingyu — she’s honest and straightforward. To Huang, she’s “clever, engaging, imperfect and intriguing,” the most real person in a life that is “no more than a layer of lacquer and paint.”

When another noted courtesan is murdered, Huang has his own reasons for becoming involved, but he also uses the situation as an excuse to get close to Yue-ying. The story is partially about the murder, a mystery very entrenched in the setting and time period, and partially about the difficulties of love between a lord and a former prostitute in that time and place.

Their first hurdle — one of many — is the fact that Yue-ying has never had sex of her own choosing, never even had a kiss she wanted. This leads to one of the most achingly painful and realistic sex scenes I’ve ever read. Yue-ying doesn’t react with overt terror, as some abused heroines do, but despite all Huang’s gentleness and care, she can’t be present.

“Her flesh pulled tight beneath his touch, her nipple peaking. Though her blood warmed, her mind remained cold. The two halves of her couldn’t find one another.”

I love that we see Huang’s point-of-view when things start going right for them — because he could tell that something was wrong — but I missed seeing Yue-ying’s as well.

Something about The Lotus Palace reminded me of favorite books I read as a teen, like those by Elizabeth Peters and Agatha Christie. I’m not sure if that’s the setting, the mystery element, or if it’s just that reading it took me back to when I was a different kind of reader, more apt to read widely and immersively. I enjoyed that nostalgia, and the skillfully crafted setting, but it was the beauty and depth of the characters and their feeling for each other that really got me. I had some trouble following the mystery — likely my own fault, because I wasn’t that interested — and the ending is perhaps happier than is really believable, but who cares when you’re swooning?

Possibly I enjoyed this all the more because I had started it like someone taking a medication — well, this probably won’t be what I like, but it’s good for me! — and found that in fact, it’s exactly what I like. A -