Log in with Facebook
or
Wrong email address or username
Sign up
Already on BookLikes? Log in!
Incorrect verification code
Please, check your email, the code to access your BookLikes blog was sent to you already.
Enter code:
« Back Send
back to top
Search tags: sam-und-melinda 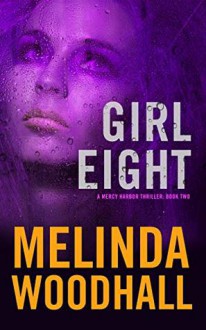 I discovered this author not too long ago with “River Girls” book #1 in this series I found it so riveting that I couldn’t pass reading the 2nd installment and now I confess that I have an eye on book #3.

Eden Winthrop and detective Nessa Ainsley are the main characters in this series. In this latest our two players are recovering from the tragic events that occurred in the previous book. Trying to keep the vulnerable residents at Mercy House safe is not an easy task, so when one of the girls goes missing they discover that a serial killer may be lurking in the shadows. Not giving a second thought and determined to stop him at any cost they go all out and right into danger. 7 girls have already gone missing and now presumed dead. Has the killer set his mind on Girl Eight? Seems so…..

“Girl Eight” is definitely a page-turner, very suspenseful and one that it is hard to figure who is really behind the murders/kidnappings. As Eden pursuits the killer Leo Steele, a recurring character, investigates his mother’s death… The cases collide and as the events unfold the link between the two cases becomes clear but before we go any further I am warning you…. we are giving a very twisty ride to follow. What a story.

As for the characterization, we have a multitude of secondary players: investigators, officers of the law, doctors, some good guys and some not so good, all are drawn with a skillful hand to push forward this thrilling mystery. This story is tightly written, is action packed and moves at a steady pace. I was so into this story I had the hardness of time putting this book aside. Saying more will spoil the enjoyment so I say no more.

As the character development progresses with each installment, I suggest reading this series in order. But if you start here, you will definitely want to read “River Girl”, the first novel…

I received a copy for free, and I am leaving this review voluntarily. Opinions expressed are my own. 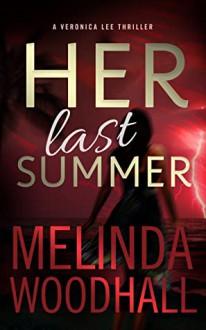 As a fan of the Mercy Harbor Thriller Series I definitely didn’t want to miss reading “Her Last Summer” the first book in the exciting spin-off series set in the small Florida town of Willow Bay.

I appreciated to see that some of my favourite characters took center stage in this new story. After reading 4 books in the Mercy Harbor series they have become dear to me. Although the story brought back known players the story has its own spin, is fresh and exciting. Ms. Woodhall writes an intriguing premise and has a knack to twirl suspense to keep us flipping pages.

It starts when a well-known author is found dead in her hotel room…is it suicide or murder….chief of Police Nessa and her team are scrambling to find out and Veronica, the reporter, to get her scoop. Of course, the villain or villains play a cat and mouse game with everyone…and what a chase we are into when several women are killed by the same method and everyone suspect a serial killer may be on the loose…who will be next…. many players come into play, some we know and some appear for the first time and all are entangled in a web of mystery, suspense and betrayal. As the plot moves at a steady pace there is a great deal of tension. I was so engaged in the action I lost track of time and had to be brought to reality and back to my daily chores….

This kind of story is just up my alley: one that never misses a beat, gives us intriguing and suspenseful action and a satisfying wrap up…oh yah also a mushy ending…..how one could not like this story?

I received a free digital copy of this crime fiction. This is a voluntarily review, opinions expressed here are unbiased and entirely my own. 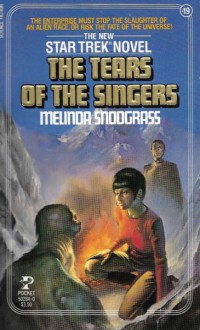 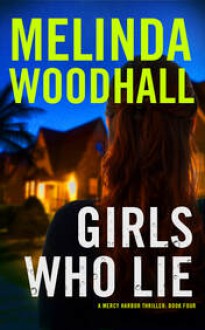 “Girls Who Lie” is another excellent story that can be read on its own even if it is part of a series we have enough background information to fit right in and not wonder if we missed something. This series is definitely gripping and highly addictive.

Who Will Be the Next Girl to Die?

A brutal killer stalks the women of Willow Bay and when a young reporter uncovers disturbing clues to the killer’s identity she becomes one of his subjects….more women are being attacked: some hiding in their home, others taking refuge at Mercy Harbor (Eden Winthrop shelter) and some never made it home. The women in this town are scared stiff and urge Detective Nessa Ainsley to track down the sadistic “Willow Bay Stalker” before he strikes again. The hunt is on…and be prepare to flip pages rapidly…high intensity throughout.

Once more Melinda Woodhall brought us a very suspenseful ride from the opening pages we are kept guessing trying to discover who the killer may be. We have multiple “whodunits” to pick from but are attention is slowly directed towards a dating app. Who is lurking and may be luring these women…. The author pulls one red herring after the other to derail us and to keep us engrossed all through. Indeed I was totally in left field with my choice and had the wrong killer all along….a sure sign the author knows how to pen an exciting mystery.

As well as new players we have our beloved recurring characters to captivate us and wedding bells to wrap up everything beautifully. Awe.

I received a free digital copy of this crime fiction. This is a voluntarily review, opinions expressed here are unbiased and entirely my own.
Like Reblog Comment
show activity (+)