Log in with Facebook
or
Wrong email address or username
Sign up
Already on BookLikes? Log in!
Incorrect verification code
Please, check your email, the code to access your BookLikes blog was sent to you already.
Enter code:
« Back Send
back to top
Search tags: simon- 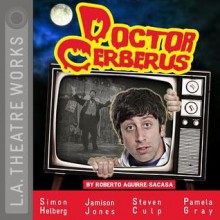 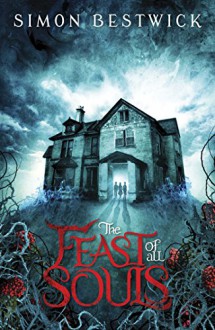 The beginning of this story took a while to grab me. There were hints of the main character, Alice, having survived a tragedy which is partially explained by the end of the first chapter, though details were to come later. The dialogue was a little stilted, though not enough to make me stop reading. It's in British English, which is a plus for me. By the end of the chapter, I remembered why I had requested this book. Behind the story of moving into a new, large house, of over protective parents and of the loss of a child, there are hints of something eerie to come.

The second chapter threw me because it takes the reader somewhere else entirely, to what reads as a journal entry from someone far back in time, Mary Carson, hired as a secretary in the house that occupied the property in an earlier time. Her story is interesting in its own right and alternates with Alice's story.

It doesn't take long for Alice's experiences to become truly frightening. However, the various time changes were too abrupt. One chapter gives us a flashback and important background information, but keeping up with where you are can be a challenge. until later in the book where Mary Carson's full story is revealed.

I felt let down by the later chapters in the book. What was shaping up to be a ghost story might have got away with adding pseudo-science to explain certain phenomena, but instead of following through it turned to pure fantasy with no real explanation, even in the imaginary Physics of a fantasy world, to satisfy the mind's need for things to fit, even in imaginary worlds. The end was also abrupt and could have used some resolution beyond what it gave.

The story was an interesting read in itself, but suspension of disbelief didn't really happen and there were too many changes in scene or direction for it to flow smoothly. 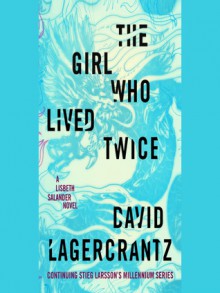 Sixth installment in the Millennium series; third continuation by David Lagercrantz. I have a soft spot for Mikael Blomkvist and Lisbeth Salander and do enjoy catching up with them, even when they don't 100% "feel" like their Larsson selves. Is it just me, or is there a pattern of "Blomkvist tries to find/reach Salander, who is hard to find and takes a while before she bothers to read/respond to his texts/emails/messages. And after a while, they finally meet up again, and their plots come together"?

There are conspiracies and cover-ups. There is a confrontation with Lisbeth's evil twin Camilla. The details almost don't matter, because in my head, what I ultimately care about is the Blomkvist-Lisbeth interaction.

The plot lines kept me interested, the narrative moved quickly, and the ending was fairly satisfying, but I wanted something more. 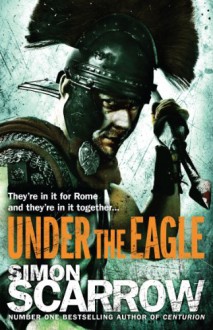 The first book in the Eagles of the Empire series and an essential read if you want an insight into the the making of two great careers Centurion Macro and his Optio Cato. Macro is a hardened warrior deeply committed to the Roman second legion when he receives into his command a young untested soldier Cato. Cato is promoted above his comrades at the order of the Empire and is deeply resented by the other men. Soon the legion  has to prepare for a dangerous assignment to Britannia a country still relatively untamed with gangs of tribesmen still eager to test the so called invincibility of the Roman soldier. How will the well educated new recruit react to the daily grind and hardship that was the life of a soldier expected to serve 25 years with death as an unwelcome bedfellow every waking day. Simon Scarrow's research as always is immaculate, giving a real feel as to the hardships faced by a serving soldier, of the Roman Empire, at that time. Recommended. 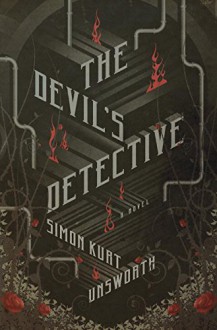 A story set in Hell, where a delegation of Angels have come to help investigate a blue flash, which usually indicates a 'fallen'. Hell is populated by humans and demons, both of whom can be killed, though that doesn't mean they can't be questioned... as long as they still have their soul.

Fool, an 'information man' and his friend and colleague Gordie set out to investigate the cause death of a man and the real cause of the blue flash. Not all deaths are investigated, and in fact violence and death are all too common.

The narrative paints an intriguing landscape of Hell, it's rules and the men, demons and other creatures who populate the place. The sex and violence are not what I would consider overdone, but there is occasional grossness or shock value in context of the story. This is Hell after all, it's not a pleasant place.

The one thing I didn't like about it was that there are no chapters. Once you're sucked into in Hell, you're there to stay!

There is a brilliant quote that says a lot about morality in Hell, and reminds me of gossip networks here on Earth:

"Whether it's true or not doesn't matter, of course, because those humans saw what they have waited for a long time to see, a human challenge a demon and win. Who cares about the truth when they have a story like that, Fool, eh? And stories, like me, they grow, don't they? You, above all, should know that."

Something to think about next time to hear something about somebody, but haven't witnessed it first hand!

The world building in this is as detailed as any good Fantasy novel. The oppressive feeling of Hell comes across well and the social parameters are well defined. I found the main characters likeable and the ending satisfying. It's nice to read something that doesn't blatantly set up for a sequel, although there is room for further adventures.