Log in with Facebook
or
Wrong email address or username
Sign up
Already on BookLikes? Log in!
Incorrect verification code
Please, check your email, the code to access your BookLikes blog was sent to you already.
Enter code:
« Back Send
back to top
Search tags: Reviewed-for-Netgalley Elodie, is getting married soon, but she doesn't seem all that interested. She's a likeable character with a strong sense of her own independence and a love of researching the past, which is part of her job. Although her part in the story is set in modern day, she has the feel of a Victorian character out of place.

I really enjoyed reading this at first as the writing is very good and I could identify with Elodie in many ways, but as the chapters went on I felt it became very slow. There are interesting time jumps, but they aren't done as smoothly as they might have and the connection between Elodie and Ada had a lot of potential, but again, things just took forever to progress.

I think this story could have been shorter and tightened up. Some brilliant creative ideas were in there that deserved to hold my interest more than they did. Second book in a series.

The story begins around the same time the first book was ending, so there is just a little crossover. An Earl is to be executed for refusing to sign an oath of submission. It's a shocking situation that violates everything the king's sworn oath to the Medium as a Maston stands for, and is witnessed by a loyal kings man who is imprisoned with his sons through a tower window. He realizes then that he and his sons must escape somehow, because they are likely to have their turn soon on the chopping block.

Meanwhile Maia has reached Muirwood Abbey and is settling into her studies, while dealing with mixed reactions from the other students due to her banished status. But there is no rest for Maia. Even more shocking news comes and the safety of the Abbey is compromised.

This is not a five star series, but it's really holding my attention and I'm looking forward to reading the third book. This one has fleshed out the characters who were introduced in the first book and some of them have developed significantly. I sometimes want to shake Maia and tell her not to be so naive, but she's generally a good character and I think she'll turn out alright in the end.

That is the one problem with this volume, it doesn't end. It's not exactly a cliffhanger, but an important situation is left unresolved so that reading the third book is compulsory. Luckily I have it waiting, but I don't like series books that hold me hostage! 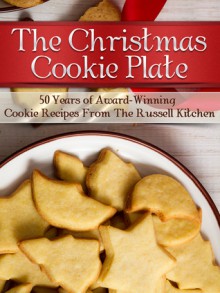