Log in with Facebook
or
Wrong email address or username
Sign up
Already on BookLikes? Log in!
Incorrect verification code
Please, check your email, the code to access your BookLikes blog was sent to you already.
Enter code:
« Back Send
back to top
Search tags: the-art-of-relaxation-according-to 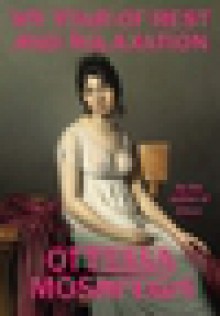 Possibly one of the weirdest books I've ever read. The novel's unnamed narrator tries to cure her depression by mostly sleeping for a year with the aid of psychotropic drugs prescribed by an absurdly bad psychiatrist. How her doctor manages to get a license is beyond me. The doctor's parts are rather funny in a bizarre kind of way.

The main character has a love/hate relationship with her only friend Reva, whom she enjoys looking down on, and an on/off relationship with her older boyfriend Trevor, whom she basically allows to walk all over her. Despite the myriad of drugs she recklessly puts into her body and the lack of nourishment and physical activity, she keeps going on about how beautiful she still is, while simultaneously treating Reva with condescension for being preoccupied with wanting to be pretty and thin.

The saving grace of this book, that which stopped me from giving it a 1-star rating, is the parts about the narrator's unloving parents. Here lies the crux of the story, the raw core and source of her misery. It managed to make me feel a bit sorry for her, but her off-putting personality and behavior throughout the novel work against her favor. The anticlimactic ending and the unnecessarily tacked-on final chapter don't help either. The photo is of Vigie Beach in Castries, St Lucia. George F L Charles Airport, the smaller of our two airports, is directly behind us.

May 1 is Labour Day (aka International Workers' Day) and we always celebrate it with a public holiday. So, on Wednesday, with our tools downed, we took to the beach to relax. It was a nice not-too-hot (but windy!) day and, a happy surprise, the beach wasn't all that crowded or noisy. On our way back home we treated ourselves to soft serve ice cream. Definitely a day well-spent.

How did you celebrate Labour Day? Do you get a public holiday? 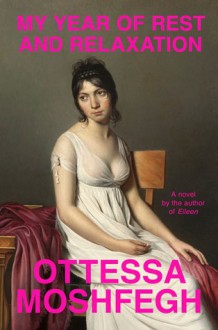 So my love of Whoopi began with Star Trek: The Next Generation. For those who do not know, she played Guinan, the ship's bartender. 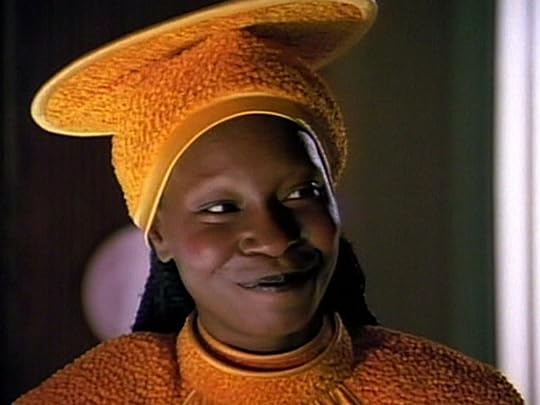 Despite her secondary role, Guinan was my favorite character from that series. So already I was impressed with My Year of Rest and Relaxation for the unnamed narrator's fascination with Goldberg. But when I found out her obsession began with Guinan—oh, Ottessa, you have captured my heart. I digress...

And I still haven't sold you on this book, have I?

Okay, Moshfegh has a way of making a simple story semi-interesting. No, My Year... is certainly not riveting, but the beauty of the language and the inner workings of the narrator's mind are engaging. Perhaps this novel reached a point about two-thirds of the way through when it began to feel like the idea had run its course, but that final third wasn't a drag by any means. Part of why this book succeeds is, I think, because Moshfegh is in no way heavy-handed with the connections she makes to an apathetic people, a dying art scene, and a wake-up call. The few characters who revolve around our narrator's world are unlikable and played for humor, which worked, but didn't allow me to grow close to any of them. This leaves only the narrator who is over-privileged and despicable in her own ways, but at least she understands a love of Guinan. (Sometimes all you need is Whoopi.)

It's not easy to convince anyone to read a book about a woman who sleeps. And that's okay, because many readers probably won't love My Year of Rest and Relaxation. At times, it's slow, dry, and depressing. I think with all things Moshfegh writes, it either subtly grows on you, or it doesn't.