Log in with Facebook
or
Wrong email address or username
Sign up
Already on BookLikes? Log in!
Incorrect verification code
Please, check your email, the code to access your BookLikes blog was sent to you already.
Enter code:
« Back Send
back to top
Search tags: the-quality-of-silence 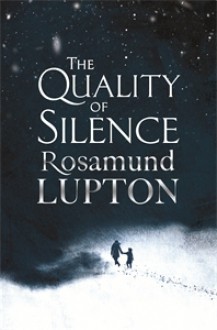 This book was very well written, but extremely painful to read, and I mean that sincerely. If you are like me, you will read this book wrapped up in a warm blanket in front of a fire, cupping a mug of hot chocolate — even if you read it in the summer. It’s winter in Alaska, with icy roads, mountains of snow, debilitating blizzards, white out conditions, and Jasmin needs to get to her husband, missing (likely dead) from a small town near Deadhorse. Honestly, the destination alone was enough to give me pause. Oh, and yeah, Jasmin is driving, and she’s never driven a truck. This is no ordinary truck either, or ordinary roads, and there is tremendous skill required to navigate them. Impossibly, someone is following them, intent on sabotaging their journey. Despite all this, she hurdles desperately into the unknown, dragging her innocent deaf daughter along with her.

Did I lose you yet? Shockingly, despite the almost wholesale unbelievability of this plot, I was compelled to finish the story. Jasmin is strangely sympathetic, despite the fact that I loathed her rash actions and the unnecessary peril she placed her daughter in. But I cared what happened to them. I thought the storyline with the mystery person following them was at once ridiculous and comforting. After all, the roads were supposed to be impassable, and yet here is this guy, following them. In the end, too many loose ends were tied together, and the plot was thin at best, but it is a testament to Lupton’s strong writing and character development that I would recommend this book, but perhaps to a heartier sort than me. Nevertheless, I would say I learned a few things along the way, in spite of myself.

Matt Alfredson was part of a research group based in the tiny village of Anaktue, filming wildlife in Alaska in the middle of winter.  His wife, Yasmin, and ten-year-old daughter, Ruby, were on their way from England to meet him in Fairbanks.  Before they could get there, a devastating explosion occurred on the base, killing all twenty-four.  But Yasmin is not dismayed.  She knows she received a call from him after the time of the explosion.  However, she didn’t get to speak with him as the connection was so bad.  She has convinced herself that he is still alive.

Ruby is deaf.  She sees words in a manner that most people wouldn’t think of.  ‘Anxiety’, to her, ‘looks like a chessboard with the squares quickly moving about; feels sweaty and shivery; tastes like prickly ice cream.’  Initially, Yasmin doesn’t want to tell her daughter about the explosion at her father’s encampment.  Instead, she sets off with a trucker on the Alaskan wilderness road determined to find her husband.  Then, the trucker meets with a medical emergency so Yasmin decides to use the truck as she and Ruby set out on their own.  Someone has other plans for them – threatening and dangerous plans – to keep them from finding out the truth.

I’ve read many novels where the reader needs to suspend belief.  This one is abundant in that regard as I don’t believe most people could learn to drive an eighteen-wheeler on the fly, especially on the icy Alaskan terrain.  Yet, the author compensates for asking us to assume an unreal situation by giving us exceptional characters.  Ruby is an awesome ten-year-old.  About half of the book is in first person from her perspective.  Yasmin is not as likable, but still her character is brave and vibrant.  The other half of the book is in third person from her perspective.  The author gives us an incredible view of the wintry and dark wilderness.  Lupton is a British suspense author; this is her third book.  Rating: 3.5 out of 5.

about the author:
Rosamund Lupton is the internationally bestselling and critically acclaimed author of the novels Sister and Afterwards. Her New York Times bestselling debut, Sister, was a New York Times Editor’s Choice and Target Book Club pick, and has been translated into over thirty languages with international sales of over 1.5 million copies. Her new novel, The Quality of Silence, is forthcoming from Crown in 2016. Lupton lives in London with her husband and two sons
book synopsis

The Quality of Silence is the story of Yasmin, a beautiful astrophysicist, and her precocious deaf daughter, Ruby, who arrive in a remote part of Alaska to be told that Ruby’s father, Matt, has been the victim of a catastrophic accident. Unable to accept his death as truth, Yasmin and Ruby set out into the hostile winter of the Alaskan tundra in search of answers. But as a storm closes in, Yasmin realizes that a very human danger may be keeping pace with them. And with no one else on the road to help, they must keep moving, alone and terrified, through an endless Alaskan night. 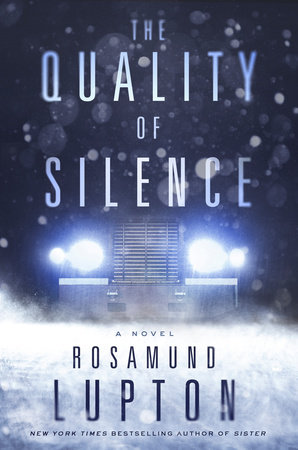 What did I think of it:
First I want to say that this is the first book I ever read by this author , but after read this one I don't think I'll be picking any more of her books up at all, I really did want to like this story but I just can't. loved how it takes place in the Alaskan tundra, love how you get to learn a little bit about what's it like out there and how dangerous it is , and what the drivers have to put up with , now on the characters: I did like 10 year Ruby and loved how even though she's deaf , she let non thing stop her , as for her mother Yasmin I just couldn't stand her at all, its like she just couldn't understand or wouldn't understand that her daughter just wasn't comfortable using what she called her actual l voice, what type of mother does something like that . As for the story it self that's anything : it was repeated over and over though out the story that Ruby was deaf, we already know that , the author didn't have to keep remind us about that, and it was also like we was reading two different stories in one, one was the story that takes place in Alaskan tundra and then the next you start reading one about Matt and Yasmin, when that happened it got a bit confusing , because it took some stuff away from the main story and it made it hard to understand and enjoy the story as a hole. There was times that I had to put the book down and do something else because of the two different stories and how it made me feel , there was even times that I just want to stop reading the book all together and just DNF it, but I don't like doing that and I had to push myself to re pick it up just to finish it, all the time I was hopping it would get better.After some rethinking my review of this book came to realization that there was some of it that I actually did like so I've changed my rating from a 1 star to a 3 star rating, with that said I would like to says thinks anyway to Blogging for Books for send me this book for my honest opinion and a review.

Yasmine’s husband, Matt, is in Alaska making a wildlife film. When Yasmine and her deaf 10-yr-old daughter Ruby are told that Ruby’s father, Matt, has died in a horrendous fire, they refuse to believe it.  Even with a storm headed their way, they set out for the remote frontier where Matt is last known to have been.

I have to admit that the decisions that Yasmine makes do sometimes stretch reality quite a bit. Here she is with a little deaf girl, her own daughter, and she heads out to a section of Alaska with no one anywhere near to help, in complete darkness, with temperatures at minus 35, with a hurricane force storm on its way.  There’s bravery and there’s love for your husband but then there’s above all the need to keep your child safe.  But I think the author does do a good job with some back flashes of Yasmine and Matt’s life together and the desperation that Ruby not lose her father that make it believable.

This is a very well written book with a great plot. Ms. Lupton knows how to racket up the suspense.  But if you’re anything like me, you won’t sweat as you read this thriller but instead will go put on an extra sweater as this is one frigidly cold book!  The author’s descriptions of the biting cold and raging winds are so detailed that you really feel that you’re along for the ride in this Artic wilderness.   I absolutely loved Yasmine, Matt and mostly little Ruby.  I very much enjoyed the character study of this family and the trials that Ruby faced as a deaf child.  Also interesting were the wildlife lessons that Matt taught Ruby, the politics and dangers of fracking and the history of the region’s people.

I won an ARC edition of this book in a LibraryThings contest.

I had not previously read any of Rosamund Lupton's books but after reading The Quality of Silence I think I should.

Just after Ruby and her mother land in Alaska they get terrible news. Her father, whom they came to visit, has been killed in a tragic fire. Her mother doesn't believe it and sets out, together with Ruby, to find him. In Alaska, in the middle of the winter.

Ruby made a very interesting main character, she is a very smart little girl who happens to be deaf. Since the POV is switching between Ruby and her mother, this makes for some interesting dynamics as her mother tries to shield Ruby from what is going on. The ending of the story I thought was a bit predictable, but the lovely descriptions of Alaska made up for that. I was reading the book when it was +/- 15 C outside, and still got cold.